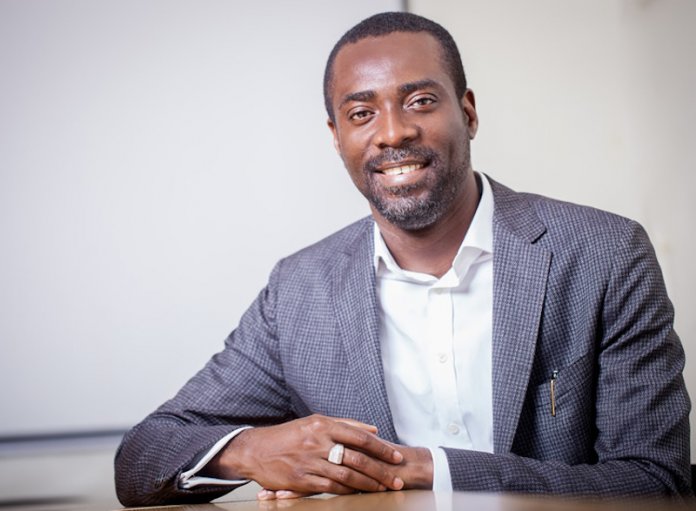 Alex Enumah writes that Mr. Iboro Out, candidate of the Abundant Nigeria Renewal Party, in the 2019 Akwa Ibom State governorship election is not giving up on his quest for justice despite being shut out by the election petition tribunal

Iboro Otu was the candidate of the Abundant Nigeria Renewal Party (ANRP) in the March 9, governorship election in Akwa Ibom State.

He is among the contestants that are alleging rigging and substantial non-compliance with the electoral laws in the conduct of the governorship election which had returned incumbent governor, Udom Emmanuel.

However, unlike other petitioners against the victory of Emmanuel and his party, the Peoples Democratic Party (PDP), Otu is currently at the Federal High Court, Abuja instead of the Akwa Ibom State Governorship Election Petition Tribunal in Uyo, Akwa Ibom State, the designated court for election matters.

The suit filed on behalf of Otu, by his lawyer, Faruk Khamagham, is supported by a nine paragraphs affidavit deposed to by the applicant.

In the suit dated June 10 but filed June 11, the plaintiff averred that the Registrar of the Akwa Ibom State Gubernatorial Elections Petition Tribunal had on March 30, 2019, refused to accept his petition against the governorship poll on the grounds that “it would take some minutes to process a Remita payment and obtain a receipt and that before accomplishing that, the time would have lapsed into the next day being March 31, 2019.”

But Otu insists that the decision by the tribunal to shut him out reveals part of a wider plot to prevent him from bringing before the election panel strong evidence that would establish claim of rigging, substantial non-compliance with the electoral laws as well as other electoral malpractices that marred the governorship poll.

“Upon declaration of results of the gubernatorial elections in Akwa Ibom State, the applicant, a candidate in the said election under the umbrella of Abundant Nigeria Renewal Party (“ANRP”) was dissatisfied with the results of the said elections declared on 11th March 2019 and consequently approached the Gubernatorial Electoral Tribunal Registry in Akwa Ibom State in the midnight of 30th March 2019 after confirmation from the 5th Respondent that same will be duly received at any hour of the said date irrespective of the time.

“Upon arriving the Tribunal Registry in the midnight of 30th March, the 5th Respondent made a summersault and declared that he will not receive any petition midnight of 30th March 2019. He stated categorically the he will not receive my petition, the reason being that it would take some minutes to process a Remita payment and obtain a receipt and that before accomplishing that, the time would have lapsed into the next day being 31st March 2019.

“As a matter of fact, myself and my counsel ended up haggling with Mr. Abubakar until the wee hours of March 31st 2019. We thereafter suggested to Mr. Abubakar that he should collect the Petition and indicate that same was received on 31st March 2019 if that would assuage his concerns, but Mr. Abubakar vehemently refused. He stated that in his own opinion that declaration of the gubernatorial election results in Akwa Ibom was done on 10th March 2019 and not on the 11th March 2019 and for that reason, the period of 21days allowed for the petition to be filed had elapsed despite the fact that he is not a witness to the tribunal neither is he a party to the adjudicatory process,” he said.

The ANRP candidate said he accordingly challenged the power of the 5th respondent to make pronouncements on the competence of a gubernatorial election petition at the registry, adding that the action was tantamount to usurping the powers of the judges of the tribunal. Otu disclosed that the attention of the registrar was further drawn to the fact that the date of declaration of result is an issue of fact which can only be determined at the hearing of the Electoral Tribunal, “but he remained so adamant in a manner that would suggest that he had a specific purpose to serve to my detriment.”

Not satisfied, the plaintiff said he then wrote a letter dated April 1, 2019, wherein he petitioned the President of the Court of Appeal and made a passionate plea for the latter to intervene and direct the 5th Respondent to receive his petition. Otu said his letter was completely ignored, a development which then prompted him to pay a visit to the office of the President of the Court of Appeal to follow-up on his petition and have same treated, but the President of the Court of Appeal, “blatantly told the secretary to inform me that my presence was not welcome and no reason was proffered for this embarrassing treatment. My correspondence to the 1st Respondent dated 1st April 2019 as well as my Reminder Letter dated 19th April 2019 are hereby attached as Exhibits A and B respectively”.

He added, “Though I have substantial evidence to show that the gubernatorial election result in Akwa Ibom was announced on Monday March 11, 2019 and that my petition is competent, I have been completely shut-out by the actions or inaction of the respondents.

“It is therefore in the interest of justice that the applicant is granted the reliefs prayed for in this application.”

The issues he has therefore brought before the Federal High Court are; “Whether the persistent refusal by the respondents to cause the applicant’s Election Petition presented at its registry to be received and duly treated, constitutes a violation of his civil rights under Section 133(1) of the Electoral Act 2010(As Amended) and constitutes a grave infringement of the applicant’s rights to fair hearing guaranteed under Sections 36(6) of the Constitution of the Federal Republic of Nigeria 1999 (As Amended).

If the above issues are resolved in his favour, he would be asking the court for a declaration, “that the persistent refusal by the respondents to cause the applicant’s petition to be received and duly treated, constitutes a grave infringement of the Applicants rights to fair hearing guaranteed under Sections 36(6) of the Constitution of the Federal Republic of Nigeria 1999 (As Amended.)

“A declaration that the gubernatorial elections held in Akwa Ibom State on 9th March 2019 was marred by illegality and substantial irregularities and the result thereof ought not to stand.

“And for any such further or other orders as this Honourable Court may deem fit to make in the circumstances.

Otu said his resolve to approach the normal court instead of the election tribunal is to seek redress on the breach of his fundamental rights by the respondents.

He submitted that the Federal High Court has the jurisdiction to entertain issues relating to breach of fundamental human rights and urged the court to grant the declaratory reliefs sought on the motion on notice.

Although the matter was earlier assigned to Justice Ahmed Mohammed and was listed for mention July 3, however the court did not sit on the scheduled date.

It was however learnt that the suit would be reassigned to a vacation judge due to the time bound nature of electoral matters.