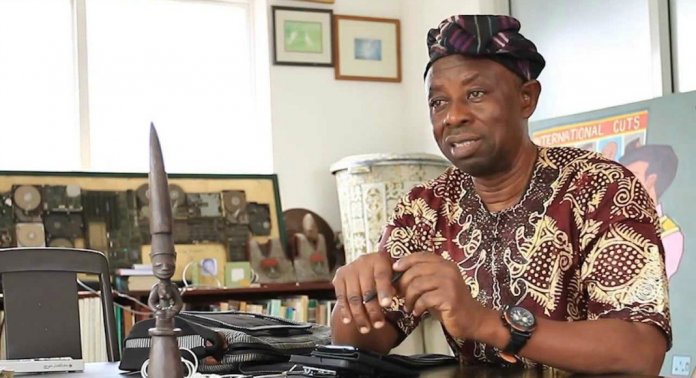 These have been exciting times for Nollywood, following the news of the new invitees to join the voting pool of the Academy of Motion Pictures, Arts and Sciences recently. With the Academy eager to increase female and minority membership by next year, Nollywood is among the list of movie industries that it hopes will help them actualise that goal. It invited filmmaker Femi Odugbemi, actress Omotola Jalade-Ekeinde, and producers Ngozi and Simon Onwurah last year and this year sent invitations to cinematograper and filmmaker Tunde Kelani, Nigerian-British actor Adewale Akinnuoye-Agbaje (Suicide Squad,Trumbo), filmmaker and writer Chinonye Chukwu (Clemency, alaskaLand), and Director of International Original Films for Netflix, Funa Maduka.

Similarly, Mo Abudu, the founder of EbonyLife TV and Films was elected as a director of the International Academy of Television, Arts and Sciences, the organisation responsible for the Emmys in 2018. Last month, the Awards announced that Abudu will be chairing the 47th International Emmy Awards Gala on November 25 in New York City.

No doubt, the international spotlight on Nigeria’s creative industry can be overwhelming. After all, Nollywood is the only film industry in Africa, as recently stated by the Regional Audio Visual Attaché to French Embassy, Yoann Talhouarne. The vast potential of Nollywood is what inspired him to come up with the French Nigerian Cinema Days, a two-day event that sought to increase cinematic collaborations between the two countries.

Nollywood in its right is a leading voice in the continent. Its popularity is not based solely on the volume of movies it produces but also the characters and stories that lit the screens. As an industry that subsists largely on individual strengths, it is understandable why it has suddenly become the toast of the party. Globally, Nollywood is recognised as the second largest film producer in the world. In 2016, Nollywood as part of the creative space contributed 2.3% (NGN239biliion) to Nigeria’s Gross Domestic Product (GDP). It is one of the priority sectors identified in the Economic Recovery and Growth plan of the Federal Government of Nigeria with a planned $1billion in export revenue by 2020. With the rise of new cinema culture, the industry has recorded some commercial success.

During the last election, political parties wooed the industry with a buffet of promises to improve the structures they need to make their work easy. More loan facilities are being put in place by the Central Bank of Nigeria to curb the issue of funding for movie producers.

However, in a changing film landscape, Nollywood needs to raise its ante by telling original stories. There have been arguments that the industry is still lacking dynamics in its storytelling formats. Where in the past technical deficiencies was an issue for audience, today, they yearn for more compelling storylines. The recent movies in theatres today are mostly praised for glossy pictures than content, and almost comedic in nature. Actor Ramsey Nouah opined that Nollywood is yet to tell original stories. For him, what the industry has been doing in recent years is to recycle stories. The actor who played an enigmatic character in the Izu Ojukwu’s 2016 historical thriller ’76 stressed that Nollywood should be telling more stories about the country’s history

“There is no dynamics to our storytelling. We are not moving forward or backward, we seem stuck in the middle, even with the new cinema. We need to tell more authentic stories. I would love to do a story on the past military leader Ibrahim Badamosi Babangida (IBB). I would love to tell a story from his perspective. Gen. Sani Abacha is another story to be told and Lateef Jakande. Let’s also talk about our histories, Queen Amina, I don’t think we have told her story well enough. I know Okey Ogunjiofor did a movie on her, we are yet to see it. What about Usman Dan Fadio, the Biafran war. What about the underground lords like Lawrence Anini, Clifford Orji, let’s talk about 419ers. There are so many stories to be told from our history.”

For director Kelani, Nollywood is not reflecting the Nigeria culture well enough. “It is a rat race of just making money. When you say culture, it is not really there. Nollywood is just copying America and Hollywood. It is strange and sad and they are making a lot of money supposedly but are not auditing what they are losing in the process which is a disaster.”

Odugbemi in a recent address identified poor storytelling as an obstacle in Nollywood’s advancement.

“There’s never been a better time in history to be a ‘Storyteller.’ And that’s a wonderful thing. Box-office earnings for the film industry have increased manifold, but what makes this period such a precious one is that there is now, more than ever before, a global demand for african content, african stories, and yes, african heroes. And there’s no overstating how immense an impact that makes. To capitalize on this global thirst for fresh stories and fresh heroes, we must play to what the global demands are. What then is the global demand? One simple word -spectacle.”

Citing the global rave of big productions such as the Avengers, Game of Thrones, Odugbemi that the magic these stories created on the screens cannot be overlooked.

“Of the top 10 top grossing films in cinema history, all are wrapped in the spectacular – huge big scenes, massive casts, heart-stopping landscapes, journeys into the galaxies, stunts with hurricanes and massive natural disasters etc. The reason is simple: people want to be taken into dreams; they want to see other worlds; they want to see the ground shake; to witness thunder light up the sky at the command of Sango; to witness, from the safety of their reality, the collapse of the Third Mainland Bridge or the explosion of nuclear weapons in the sahara. Experiences that are larger than life. More than anything, people want unique storytelling experiences. Our local audiences are waiting for more than we are offering. Global audiences are craving to experience our unique history, cultures and worldviews through our stories. The next-generation Nollywood filmmaker must create new formats and new approaches to storytelling with enough spectacle to respond to this demand. Our audiences have an innate yearning for entertainment beyond the ordinary, for experiences beyond their everyday imagination. Star-studded dramas and comedies are not going to attend the wish list of tomorrow’s audiences and it certainly won’t align with future trends of what global audiences are demanding,” he concluded.