A breakdown of the 336 beneficiaries indicates that 102 PhD holders drawn from the state and other Ijaw speaking communities across the country were absorbed as lecturers into the state-owned tertiary institutions.

Governor Dickson said his administration was working hard to lay a solid foundation for a flourishing knowledge-based economy of the future for the state.

He said, “It takes a number of years for this kind of investment to mature. We are building schools and capacities and we want a situation whereby after 20 years or so we want to see top qualified Bayelsa professors in every field.”

“We are going to create a fund to take care of publications for all those who have PhD to enable them produce more PhD holders.

“In the last seven years, we have been building educational infrastructure, awarding scholarships and employing. There is no doubt that we have done our duty but the job of consolidating the gains lies on you. We expect the 102 PhD holders to become professors in the next couple of years.

“If this policy is followed through year after year, in the nearest future Bayelsa will become the centre of excellence.”

In his remarks, Secretary to the State Government and Chairman of the Special Employment Committee, Barr. Kemela Okara, expressed conviction that the 336 newly employed workers would add value and increase productivity in the state workforce.

Also, the Commissioner for Education, Jonathan Obuebite saluted the efforts of Governor Dickson in keeping to his promise in turning around the education sector.

Obuebite who is also the Vice Chairman of the Special Employment Committee, said the feat achieved in the education sector under the leadership of Governor Dickson was exemplary and inspiring. 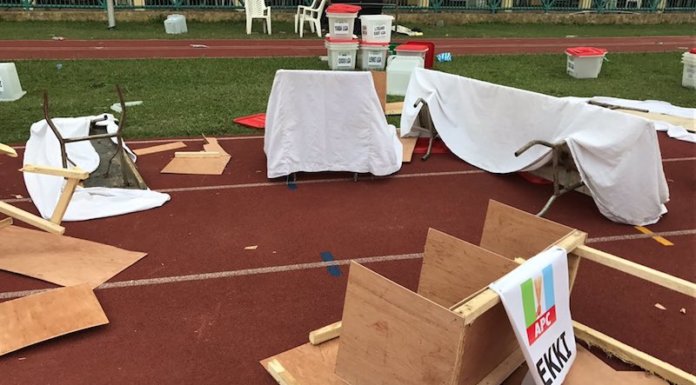