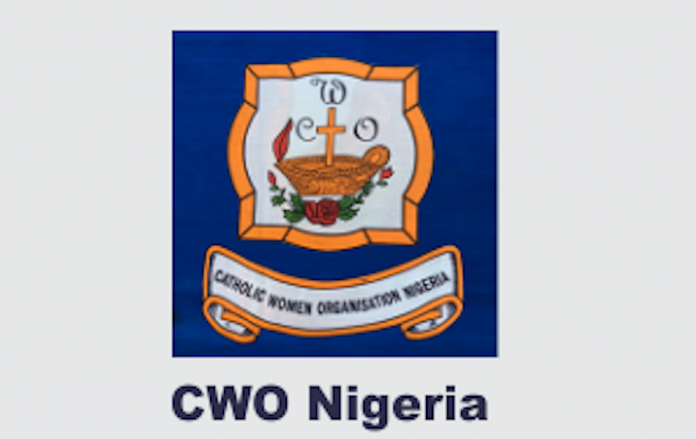 *To honour Onaiyekan
By Onyebuchi Ezigbo in Abuja
The Catholic Women Organisation of Nigeria (CWON) has described the incidence of sexual abuse and battery of women in the country as very worrisome and condemnable.
The apex Catholic women organisation in the country, said it had identified that lack of moral and civil education in our schools were among the causes of the decadent society.
Addressing a press conference on Friday to kickstart the fund raising activities for the building of a special school for the boys, the Cor Mariae Boys College in Abuja, the National President of CWON, Mrs. Cecilia Nwanneka Okolo, said that the society was witnessing decaying moral values that needed to be urgently arrested.
Okolo said that as part its efforts to promote and encourage Nigerians who had contributed a lot to human development especially as it concerns women and youths, the CWO will be honouring the Archbishop of Abuja Catholic Archdiocese, Cardinal John Onaiyekan, and past presidents of the organisation with awards at a ceremony in Abuja.
While speaking on the recent public outcry over allegation of rape and battery of a sales girl, Okolo said the CWO condemns such acts.
“Things are really going out of place in the country in recent times. It seems we are heading to the precipice. Things have gone so bad. Men always say that we always complain about abuse and battery of women, we are aware that some women also batter men but it is not at the same level and we condemn all of it. We condemn all forms battery and abuse of women and youths in totality. Nobody has the right to batter another person,” she said.
Okolo said the CWO was glad at the way women rallied to demand that the affected persons be punished.
She said the CWO as a body was trying to fight against battery, abuse of women, children and youths.
Okolo said that the reason the CWO was planning to establish the Cor Mariae College for boys in Abuja was because women had realised that there was the need to instil in the male child good morals that will make them  decent members of the society.
“We realised that the boys are also… , and of recent there has been this clamour for girl-child education, girl child emancipation and so on but we have found out that after all the education, our girls will end up in the society where they will meet the untrained boys and it appears we are in for a vicious circle.
” The last time we had a meeting of World Union of Catholic Women Assembly in September last year, we had four areas to address and one of them was looking out for, looking after and fighting for women and children who were being battered and others being sexually abused. One other resolution, we are looking after our environment so that we can hand over to our next generation a pleasant place”.