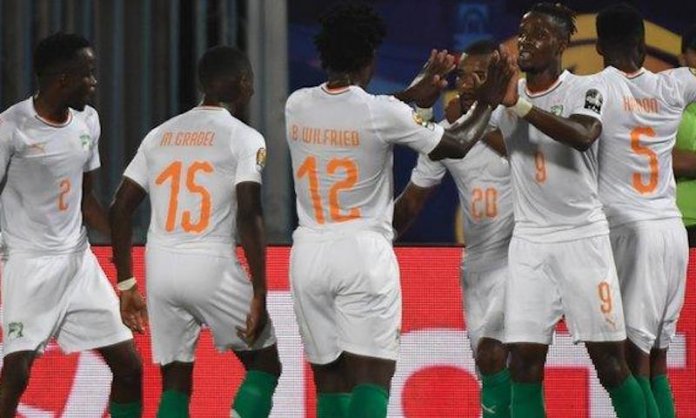 Arsenal transfer target Wilfried Zaha scored as Cote d’Ivoire moved into the last 16 of the Africa Cup of Nations with a thumping 4-1 win over Namibia.

Max Gradel’s volley and Ryan Nyambe’s own goal gave the Elephants a 2-0 lead before Joslin Kamatuka pulled a goal back for Namibia.

But Zaha added a third with a right-foot shot after cutting in off the left before Maxwel Cornet’s placed fourth.

After two failed penalty appeals and scuffing a close-range shot into the arms of Namibia goalkeeper Lloyd Kazapua, Zaha, 26, had cut a frustrated figure.

But the Crystal Palace winger made amends with a trademark strike on his first start at the tournament to take the game away from the Brave Warriors.

Namibia, who had lost narrowly in both their previous group matches, had started brightly but were punished by Peter Shalulile’s failure to score from two glorious first-half chances with the score at 0-0.

They finish bottom of the group three points behind South Africa who lost to Morocco in the other game.