The Peoples Democratic Movement (PDM) and its senatorial candidate, Ekechi Chinyere, has asked the National Assembly Election Petition Tribunal of the Federal Capital Territory (FCT) to nullify the senatorial election conducted by the Independent National Electoral Commission (INEC) for the FCT Senatorial District in the February 23 elections.

PDM and Chinyere, specifically asked the tribunal to nullify the declaration of Senator Philip Aduda as the winner of the election on the ground that the election was not lawfully conducted.

In the petition marked EPT/FCT/S/03/19, filed by their counsel, Aliyu Lemu, the two petitioners prayed the Tribunal for an order nullifying the return and declaration of Senator Aduda of the People’s Democratic Party (PDP) as the winner of the election on account of their wrongful exclusion.

They also prayed for another order compelling INEC to conduct a fresh election into the office of the senator representing FCT, Abuja within 90 days from the date of the judgment of the Tribunal.

Besides, Chinyere also prayed the Tribunal to declare that she was validly nominated by the PDM but unlawfully excluded by INEC and that Aduda, being the candidate of PDP, was not lawfully or validly returned as winner of the February 23 election.

The petition was predicated on 27 grounds among which were that Chinyere is the person nominated by PDM as a registered political party but was unlawfully denied participation despite being validly nominated.

The grouse of the two petitioners was that the logo of PDM was not put on the ballot paper by INEC as required by law and was not credited with any votes at the election.

The two petitioners also averred that following the release of INEC timetable for the 2019 General Election, the PDM on October 7, 2018 conducted its Primary Election monitored by officials of INEC and where the Senatorial Candidate emerged the winner.

They further claimed that the candidate, upon the submission of her name, picked INEC form CF001 and duly filled same and returned it to INEC in compliance with the Electoral Act. They further averred that upon fulfillment of the requirements of the law, they proceeded to the polls with confidence and assurances of a clear victory only to discover that their name and party logo were missing on the ballot paper.

PDM and her candidate asserted that INEC, without any lawful cause, wrongfully excluded their names and logo from the ballot after they had invested resources or money on campaigning and mobilizing supporters throughout he senatorial district.

Alleging that the unlawful exclusion cost them immeasurable losses in resources and electoral fortune, the two petitioners complained that their supporters were disenchanted and politically apathetic on the grounds of the unlawful exclusion and therefore prayed the Tribunal to nullify the February 23 Senatorial Election in Abuja and order INEC to conduct a fresh one that would have their logo on the ballot paper.

Meanwhile, hearing in the petition has commenced before a three man panel headed by Justice Okechukwu Ezoke. 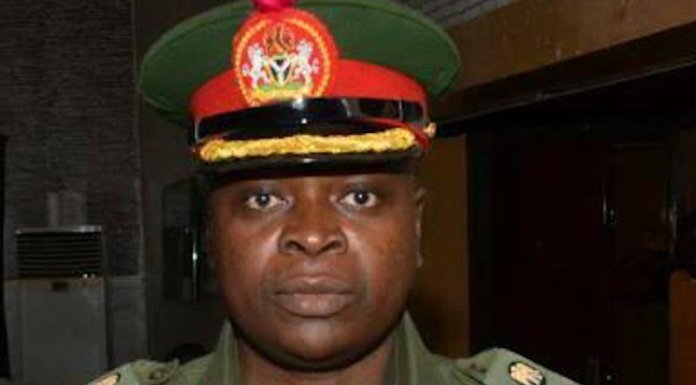