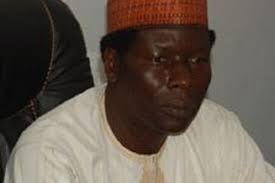 The Vice Chancellor of Federal University, Gashua, Yobe State, Prof. Andrew Haruna has urged governments at all levels to get rid of culture that tends to divide rather than unite Nigerians for the sake of the country’s unity and development.

Haruna, a Professor of Linguistics, has called on Nigerians, particularly leaders and those in privileged positions to guide against the use of languages that portray other cultures, groups or nationalities in bad light in the quest for national integration.

He canvassed national re-orientation in the text of a public lecture he delivered at the University of Jos, Plateau State on Thursday, lamenting that the level of discrimination and injustice in Nigeria’s public life was disturbing.

Haruna, who spoke on Linguistic Problems and National Integration: Plural Loyalties in a Modernising State, noted that he was not unaware of the existence of linguistic plurality and ethnicity among the people across the federation.

He, however, such differences should not be deployed to the detriment of other citizens, who according to him, are not of the same backgrounds or origin in the course of their daily interactions.

He said Nigeria “belongs to all of us. There is nothing wrong with Nigerian character nor its linguistic plurality and ethnicity. As leaders, we can live one thing and that is justice for all. We must interrogate our culture and find out those things which do not bring unity among us as Nigerians and get rid of them.”

Haruna insisted that any language which can be used to communicate was important and part of human existence but that the sentiment which are often attached to their meaning by the speakers is what cause their fragments and problems.

He said, “When you as a speaker of a particular language decide to be as a provincial person taking to your own ethnic group or your language to be the centre of the universe, definitely, whatever thing you do, you will cause confusion.

“When linguistic integration comes into play, the national linguistic development involves the fact that Nigerians are being told lies about their language which many of them believe which in turn whittles national unity and aggregates political instability which also increases the danger of separatists movement.

Chairman of the occasion and Executive Secretary of the Tertiary Education Fund (TETund), Prof. Suleiman Bogoro expressed disappointment at the way institutions of higher learning are handling projects on their campuses.

Bogoro likened the slow movement of projects on campuses to corrupt practices and bursars and desk officers in the institutions and above all protocol delay.

Bogoro noted that the United States of America (USA) “is a nation of immigrants, but remains one entity and unison. It was unthinkable that Senator Obama, a Kenyan and African, could be elected President of the USA as a black man .

He said Jos was like that in those old good days where there was nothing like ethnicity. He however added that where there is good governance, there will be justice.

He lamented that Nigerians “have been inflicting pains among themselves. How can we blame others for our sorrows?”