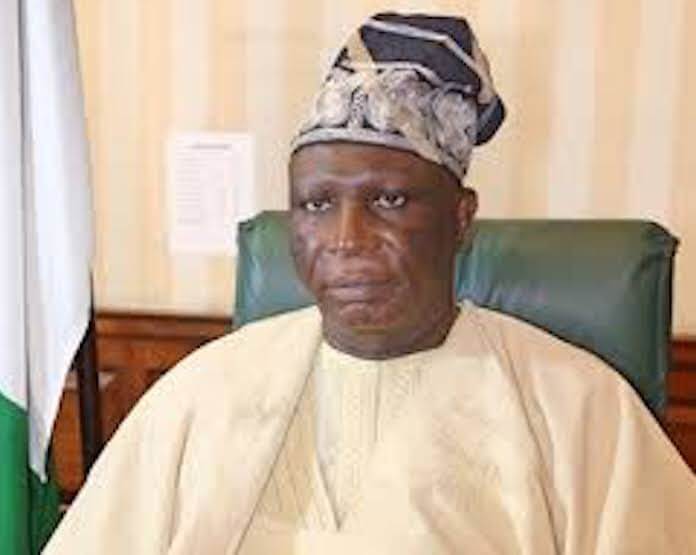 Nigerian embassies across the world have been undergoing lots of challenges in recent times either due to wrong choice and/or posting of staff, or due to a dearth of funds. However, the worst is the conduct of staff at the country’s UK commission towards Nigerians in the course of passport and visa applications. Agha Ibiam in London writes

Nigerian High Commission UK situated at the heart of London, Northumberland Avenue, Westminster, which ordinarily should serve as a ‘home’ to all Nigerians irrespective of where they come from is completely not so. At the moment, the commission is ‘good for nothing’. In fact, it has been likened to Jankara or Oluwole market located on Lagos Island where all manner of things happen.

Surprisingly, on the commission’s website, it is clearly stated that “the work of the commission is to coordinate, promote and protect the national interests of Nigeria within the United Kingdom in ways that contribute to the enhancement of Nigeria’s security and socio-economic prosperity.”

Other duties conducted by the embassy as noted on the website include, but not limited to the following: consular and welfare matters, immigration affairs, legal and education, bilateral political and multilateral relations, trade and economic affairs as well as information dissemination. And all general inquiries to assist Nigerian residents in the UK and the public.
However, a handful of Nigerians resident in the UK dismissed those inscriptions on the commission’s website with a wave of the hand, claiming that those were the past glories of the commission when it was managed by responsible, dedicated and energetic diplomats and not what exists today, where postings are made not on professionalism, but on nepotism.

“At the moment, I can’t say we have a high commission in the UK. A visit to the embassy cannot but force one to weep at how events are conducted and the behaviour of staff. Even the staff themselves are frustrated, and invariably passing the frustration to passport applicants and the entire public that come their way”, a Nigerian man in his 60’s explained.

The recent happening at the commission in which a frustrated Nigerian, Mr. Jeffrey Apkovweta Ewohime, 32, who was said to have damaged about five Nigeria’s diplomatic vehicles speaks volumes of how the commission has sunk in terms of its management: no direction, no good customer service culture, no respect for passport applicants. It’s all kind of ‘cut and join’ service Nigerians are subjected to at the embassy, another passport applicant at the embassy told THISDAY.

An applicant who applied for passports for all members of his household of five noted with regret that there was a delay in processing his family passport. He said every now and then, he received excuses that the embassy has to get clearance from Abuja to get things done. According to him, 64 pages of passport were paid for, for five people, the embassy processed and issued him 32 pages without explanation and no refund whatsoever was made.

Not only that, he described the embassy as a place in commotion, as customer service is ranked zero. He said from the security post, the staff are rude and exhibit an inconsiderate attitude. Staff were still collecting postal order, even when it was stated on the organization website that postal orders are no longer required from applicants. This suggests that someone is pulling a fast one on applicants and money diverted to an unexplainable account.

Mrs. Abike Dabiri-Erewa could have stated her mind as the Chairman/CEO Nigerians in Diaspora, when she implored Nigerians abroad to exercise restraints and be good ambassadors of the country always in all circumstances. A counter argument trailed that statement as Mr. Uwakwe Emenike, a Midland-based scholar, maintained that Abike should as well urge embassies to provide timely, good and commendable services to all Nigerians at any given time.

“In as much as the attitude of that young guy (Jeffrey) is condemnable, the embassy on its own is not measuring up and should receive its own side of the blame. Probably the man could have been provoked by the way the embassy officials addressed him because there are records of disorderliness at the embassy,” he said.

Again, not holding brief for Jeffrey, Shile Akin, argued that even if he Jeffrey did not leave behind any self-addressed envelope for delivery is not an excuse on the side of the embassy. He requested that a proper investigation be carried out on why the perpetrator behaved in the way he did, “insisting that a delivery envelope is not needed to collect a passport when the person involved must have indicated willingness to pick it up at an agreed date and place.

However, a cursory check on the embassy’s website, there is no evidence to suggest that applicants should hand in a self-addressed envelope to pick up a passport, except if that information is usually sent via email. Furthermore, a call to the Minister/Head of Industry, Trade and Investment, Mr. Ahmed Sule on his Lyca number account to seek clarifications on the recent disorder was ignored. To press further, a text was also sent to his WhatsApp account. None of this communications was considered worthy of a reply.

The many ‘sins’ of the embassy especially to contractors, staff and by extension to passport applicants are too innumerable to count. The same attitude of officials telling people and contractors ‘come today, come tomorrow’ was recently extended to a contractor in the UK who was engaged to repair the embassy lift. It was reliably gathered that the contractor, after completing repairs of the lift, was told that his payment could not be paid because money has not been approved and received from Abuja.
The contractor, who found this kind of excuse and inconsistency strange in a country where things are planned ahead and budgeted for, locked up the lift and went away with the keys. It was after weeks, which could have stretched into months of staff climbing stairways and lacking in strength, that the embassy authorities later made the payment, necessitating handing in the keys.

On the other hand, the working conditions of staff have been described as appalling at the embassy in recent times. Salaries are said not to be paid as at when due, and staff promotions withheld for years in Abuja. Recently about 50 local staff members of the embassy were laid off. Thereafter, some were reinstated through the back door and are now referred to as ‘self-employed’. Also, some staff that could have been sent back to the country after serving their official years in the UK, received an extension because of ‘godfatherism’ in the system. This extension has helped a lot of staff commence and complete either their master’s degree or engaged in other profitable ventures, an insider told THISDAY.

Recently, the Head of Chancery, Mrs. Helen Ukamaka Nzeako, directed the transfer of all locally recruited staff from their current employment status as ‘employee’ to ‘self-employed’. The decision was contained in a circular titled, “Changes in Employment Status of Locally Recruited Staff” was sequel to “communication received from the Foreign and Commonwealth Office on tax payment to Her Majesty’s Revenue and Customs (HMRC) Embassy unit”.

According to Nzeako, the ‘self-employed’ status entails that self-employed staff would be responsible for the national insurance contribution and income taxes; staff would enjoy salary increment as a gesture of goodwill and would retain all benefits they currently enjoy, such as holiday, sick and maternity leave.
Not stopping there, Nzeako, obviously acting on behalf of the commission fired another letter titled, ‘Notification of Employment Status’ again directed the so-called ‘self-employed’ that their status will change from ‘employees’ to ‘Basic Pay As You Earn (BPAYE) effective from April this year.

It was gathered that this kind of ‘dislocation’ did not go down well with some workers; and as a result, is apparently affecting their dealings with the mission. More so, the source revealed that workers are owed salaries for up to three months. “The management of staff and resources at the embassy is really appalling and disgraceful. There is no element of human regard and respect as staff do things anyhow and get away with it,” the source said.

Furthermore, issuance of a passport in some countries is often carried out without following due process.
THISDAY witnessed an occasion in recent past where a passport seeker paid a tout exorbitantly to obtain a passport but eventually was duped. The man in question constantly paraded himself as a staff of the embassy for years, brought the image of the organization into disrepute before the ambassador threatened him with a warrant of arrest if found near the parameters of the embassy again.

“This kind of attitude will continue to persist in most of our embassies. In Italy, it is the same as applicants are charged very high to obtain passports that couldn’t have cost up to 300 Euro or so. Nigerian immigrants that want to process their papers to enable them to have permanent stay, pay through the nose. In London, people cough up a lot of money to obtain a passport through the back door, because of unnecessary delays, incomplete information and attitudes of some staff towards applicants,” Thomas David, a Nigerian turned British said.

For years, the embassy has outsourced the country’s visa application to Online Integrated Solutions (OIS), an Indian company. This presupposes that an individual’s biodata are stored and retrieved from another country, as the database of Nigerians that apply for passports is domiciled in Malaysia. It was learnt that when the country wanted to claim ownership of the database, the Malaysian government claimed the country was indebted to it and refused to let go.

As a mission in disarray, any payment made for passport or visa application has to go through a company in the US before a remnant of the fees is remitted to government account in the country, a source close to the embassy said. This accounts for why most visa applicants are charged twice. A certain amount of money is charged at the embassy, which is regarded as an administrative cost, while another amount is charged for visa application proper at Fleet street, London. Different venue, different charge, one product! At the embassy in London, there are all manner of foods sold at the basement hall. There is Hausa and Yoruba menu on display, each competing for customers. That means if someone who is not from either of the two ethnic groups mentioned but wants to eat ekpang-nkwukwo, an Efik delicacy, he or she must travel to somewhere in South-east London to have a taste of the menu as there is no Calabar or Igbo menu accommodated at the embassy. What a country, what a mission! 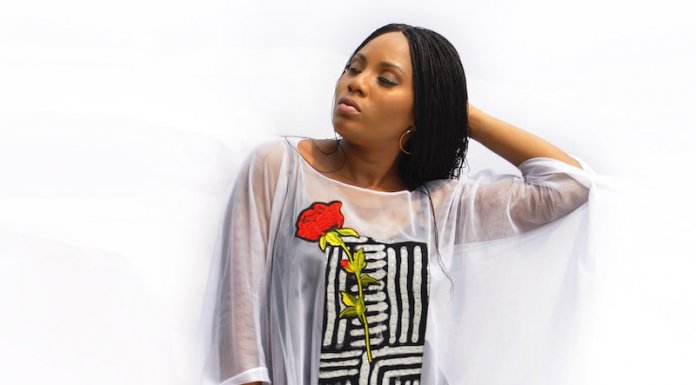