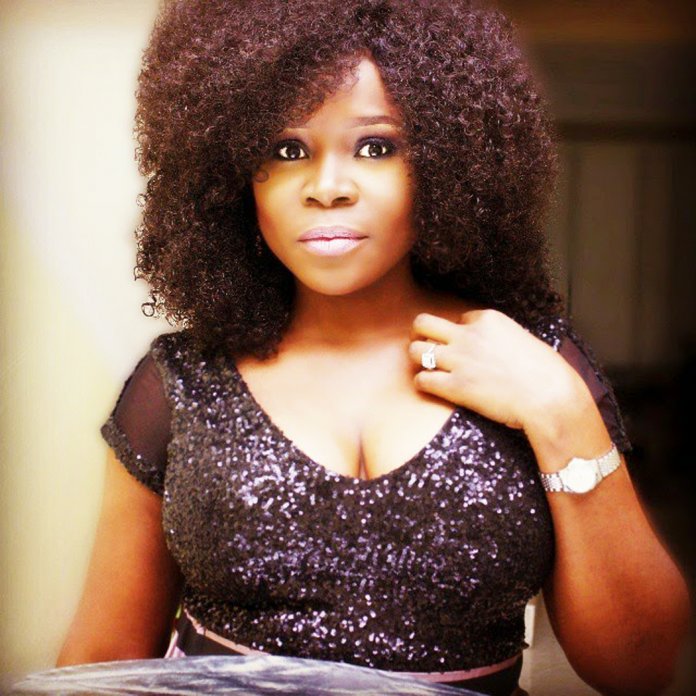 Her artistry and sheer dexterity has clearly lived up to reckoning since emerging on the Nigerian entertainment scene from the 2007 West African Idol, a music reality show contest. Such was the defining stake that set forth Omawumi Megbele, stage name Omawumi, to stardom and shortly afterwards in 2009 came out with an album. Ten years after on Friday, June 15, 2019, the multi-talented singer and songwriter released her fourth body of work titled, ‘In Her Feelings’.

The new project features songs specially dedicated to her husband such as ‘Without You’, and other amazing tracks like ‘For My Baby’, ‘Mr. Sinner Man’, ‘Away’, ‘True Loving’, ‘Tabansi’ and ‘Green Grass’. Remarkably all songs were written and performed by the vocal powerhouse “Omawonder”. Little wonder the Seven-track list of songs is without collaborations, unlike her previous records.

‘In Her Feelings’ follows her 2017 album ‘Timeless’, which reflects the fact that her songwriting was not hooked to any specific sound or trend. Omawumi has had other two albums; her 2015 sophomore effort, ‘Lasso of Truth’ and her debut ‘Wonder Woman’. The album was met with universal acclaim, with many praising her decision to incorporate a vast number of styles in the album’s sound palette, such as afro-pop, jazz, funk, and even techno.

In similar approach is her latest effort which is a beautiful multi-genre experience.

The album opens with the jazzy lead single, ‘Without You’, an upbeat tune which sets the pace for much of the project.

The second song ‘For My Baby’ makes a vibrant jam as sheurges listeners to applaud her baby for the way he loves her. ‘Mr. Sinnerman’ is socio-political commentary about the dire state of things in Nigeria. The fourth song, ‘Away’ is afro-beat from the flanks of the originator, Fela. With ‘True Loving,’ brings the theme of love on an afro-sentimental ballad.

‘Tabansi’ the sixth track runs on a beautiful afro-folk is a heartbreak song that questions why a lover is reciprocating love with abuse.

The project finds Omawumi addressing a wide range of topics, from encouraging fans through financial distress (“Away”), to counselling listeners that although things might seem great from another perspective, we never know what is lurking in the shadows – as in ‘Green Grass’ – the seventh track.

Omawumi would at the album listening party for celebrity friends and industry colleagues which held at Twin Towers Lekki, Lagos, a week ago, perform all the songs displaying her powerful vocal dexterity. The singer in her usual playful style held the audience spellbound with her amazing vocal prowess. She later took part in an interactive session where guests had the chance to engage her and ask questions on the inspiration behind the songs.

Speaking at the event, Omawumi said, “I’m delighted to see my friends and colleagues come listen and celebrate with me.

“It is a great feeling to experience the positive response towards the songs on the LP, and the review of the lead single, ‘Without You’ has been really fantastic so far.

“In Her Feelings represents a legacy which was inspired by family, relationships, domestic violence and our society, and I hope it contributes to the lives of everyone who listens to it. I am deeply humbled to have my fans and close friends show up to support me,” she added.

Sunday Are, Omawumi’s manager, expressed his excitement about the new project saying, “We listened to the songs and immediately knew it’s a creative product that is truly industry-defining. Omawumi has a lot to share with her fans from the LP, and the entire management can’t wait to see our superstar set global standards for making impactful music”.