CAVEAT EMPTOR: ‘It is equally incontrovertible that in the last four years or so, herdsmen have acquired military grade weapons with which they rob, kidnap, maim, kill and raze whole communities on their path… Their crimes violate the rights of other Nigerians and render the country more insecure. Criminal Fulani herdsmen do not however have a monopoly of these crimes. There is first a blatant failure of crime control and crime fighting, crime intelligence and overall internal security strategy… it ought to concern President Buhari, himself a Fulani rancher, that roving Fulani herdsmen have become weaponised and dangerous under his watch. It is this fact and his body language that is encouraging the rhetoric of ‘Fulanisation.’

I am not comfortable using the caption above (i.e. Fulani Identity crisis) specifically for the reason that I want to avoid, as much as I can, making the Fulani Identity any more controversial than it is already. And it is for this consideration that I entered the caveat emptor above and it is intended to serve as a sounding board against reading me amiss and out of context. The excerpts contained in the caveat emptor belong to a co debater but I adopt it as fairly representative of my position. But I also subscribe to the notion of an intellectual as he who seeks and follows the truth wherever it may lead. Regardless of how well it has measured up to this standard, the notion is called objectivity and value neutrality in the scientific tradition. In the circumstance, any other consideration would amount to the subordination of this intellectual aspiration to personal and political bias. Thinking of close friends and confidantes of Fulani extraction doesn’t make the decision any easier. Even if all of them can vouchsafe the relative objectivity with which I will handle the subject, there are bound to be third parties who would spitefully call to draw attention to what their brother, Akin, has done to us in his column today (on their return from the Jumat service)-often without the credibility of reading through the opinion. There is also the problem of generalisation. Are all Fulani guilty of contemporary socio-political violations ascribed to this identity? The answer of course is no and does no credit to whoever does not make such qualification. This of course does not preclude from the burden of vicarious responsibility.

Former President Olusegun Obasanjo recently spoke of a ‘Fulanisation and Islamisation’ agenda and took the pains to specifically cite it as belonging to the Boko Haram terror group and its subsequent mutants rampaging Nigeria. In this season of deliberately cultivated and nurtured divisiveness, right from the pinnacle of political power, the reaction up North was fairly predictable. I know few disciples of Obasanjo as steadfast as Governor Sule Lamido, yet he felt compelled to call out the former President on the allegation. I could predict that an Obasanjo person like Lamido will have this kind of reaction. What I did not anticipate was the extreme language he employed in doing so. The typical reactions from the stable of Fulani/ Northern Muslim political establishment were predicated on the assumption that Obasanjo had President Muhammadu Buhari in mind when he spoke of ‘Fulanisation’ -even though he categorically attributed the agenda to the terror groups. Inherent in this assumption is the unflattering implication of Buhari in the activities of Boko Haram and allied groups. No matter the validity, the assumption is widely shared among Nigerians particularly those who have been at the receiving end of the discriminatory policies and practices of the President. Lamido was worried that the choice of the ‘Fulanisation’ epithet is accusatory of the Fulani collectively and may thereby result in the unintended consequence of we versus them sympathy for Buhari-whom he believed was the target. He did not need to tell me before I correctly anticipated that, he would be held proxy by his regional constituents to answer for Obasanjo.

No doubt, the Fulani has come under considerable verbal aggression in contemporary public discourse subjecting the group identity, in the process, to a siege mentality. The notoriety of the Fulani herdsmen crisis as it transmuted into a wave of Nigeria-wide banditry has posed a crisis of identity for the sub national group. No one wants to own or identify with notoriety especially of the magnitude of the escalating banditry and brigandage associated with the criminals. Hence the media pressure by Buhari allies for the adoption of a language of deflection and evasion in commenting on the crisis. On account of its unique relevance to this concerted manipulation of public communication I would like to recall the Italian scholar, Antonio Gramsci; and in doing so I seek the indulgence of the less studious readers, ‘Hegemonic culture propagates its own values and norms so that they become the “common sense” values of all and thus maintain the status quo. Hegemonic power is therefore used to maintain consent to the prevailing political order. This cultural hegemony is produced and reproduced by the dominant class through the institutions that form the superstructure’.

The recent experience of the Yoruba victims (for instance) of organised Fulani banditry has turned the South-west into a proxy turf for those aiming to minimize and evade the Fulani Identity attribution and those who feel no political obligation to do so. There is a historical baggage to the relationship between the Yoruba and Fulani dating back to the near two century old animus and distrust fostered by the loss of Ilorin to the Sokoto caliphate. It is a story that resonates and continues to stoke Yoruba nationalist temper at the minimum prompt. The relentless and common Yoruba experience of dehumanizing and debasing banditry at the hands of criminals, whom the preponderance of victims, including Chief Olu Falae and a University Professor, have identified as Fulani, amounts to a reopening of this historical wound. It has remained a collective subconscious hurdle too stubborn to surmount and transcend- which recurrences of this nature tend to deepen and magnify. By way of personal experience, way back in 2008 or thereabouts I wrote to the governors of the six South-west states and opinion leaders across the zone. The experience I documented consists of repeated instances of the metamorphosis of daytime Fulani herdsmen into armed robbery gangs at nightfall. From comparing notes, it emerged that this was becoming a pattern in the South-west

In the words of Sir Ahmadu Bello In 1817, ‘a man called Afonja was governor of Ilorin, then an important Yoruba town and part of the domains of the Alaafin of Oyo. He broke away from his master and declared himself independent. Feeling a little insecure, he made friends with a Sokoto Malam, one Alimi; he called together numbers of Muslims, including Yoruba Muslims, to form an army to defend Ilorin from the inevitable attack. Then the Muslim auxiliaries became out of hand: Afonja enlisted Yoruba help to drive them out, but not only did they fail to do so but Afonja himself was killed and his body was burnt in the Ilorin market. From that time, an almost continuous state of war existed between the Emirs of Ilorin and the Chiefs of the Yoruba. These wars went on and at one time it appeared as though the ancient prophecy that the Fulani would dip the holy Koran in the sea would come to pass’.

In the respect that the Fulani more than any other sub national group in Nigeria can lay claim to the ruling class status, the identity comes with a large dose of pride. In so far as a ruling class should fulfill the prior requisite of cohesiveness and coherence, the Fulani political elite has proven relatively successful. The strategy of fostering and forging the hybrid political identity of Hausa-Fulani thus subsuming the identity of a large swathe of the Northern region population in a pseudo theocracy is a political masterstroke especially in the cognition of politics as a game of numbers. Never mind that Hausa is the language and not the ethnic national identity of the Habe. And that it benefits the strategy of weakening Habe nationalism to discard and substitute the latter identity with Hausa in the Hausa-Fulani hybrid. The successful execution of this strategy created the domino effect of pressurizing other minority Muslim sub nationals especially the Kanuri to fall in line.

The legacy of the British colonial policy of grouping the largely Christian populations of the Middle Belt together with the Muslim North in one Northern region was the clincher for the political hegemony the Fulani dominated region would exercise over Nigeria. Like any group similarly privileged in history, it is an identity the Fulani cherish and has endeavoured to preserve. Seldom will you meet a Fulani who does not harbour and exercise a subtle preference for this identity over any other. Prompted by this desire and in commonality with ruling class mentality down the ages, the practice of racial and clan in-breeding is still prevalent among this category of Nigerians. It is the extent to which they feel compelled to go to preserve a unique heritage. In its racial prototype, there is an Afro-Asiatic refinement to the general physical appearance that some observers deem attractive (beauty is in the eye of the beholder afterall). In sum, the identity crisis, of which we speak, resides largely in the schizophrenic logic of coveting the ruling elite status and heritage that the privileged incorporation of the Sokoto caliphate into Nigeria bestows on the identity while rejecting its notoriety especially in its recent manifestation.

‘Dan Fodio was elected “Commander of the Faithful” (Amir al-Mu’minin) by his followers, marking the start of the Sokoto Caliphate. Usman dan Fodio then declared a number of flag bearers amongst those following him, creating an early political structure of the empire. Declaring a jihad against the Hausa kings, Dan Fodio rallied his “warrior-scholars” the forces of Dan Fodio began taking over some of the key cities starting in 1805. The war lasted from 1804 until 1808. The forces were able to capture the states of Katsina and Daura and the important kingdom of Kano in 1807, and finally conquered Gobir in 1809. In the same year, Muhammed Bello, the son of Dan Fodio, founded the city of Sokoto, which became the capital of the Sokoto Caliphate’. 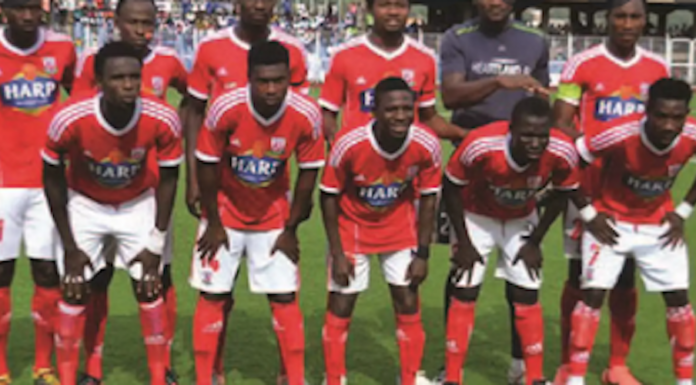