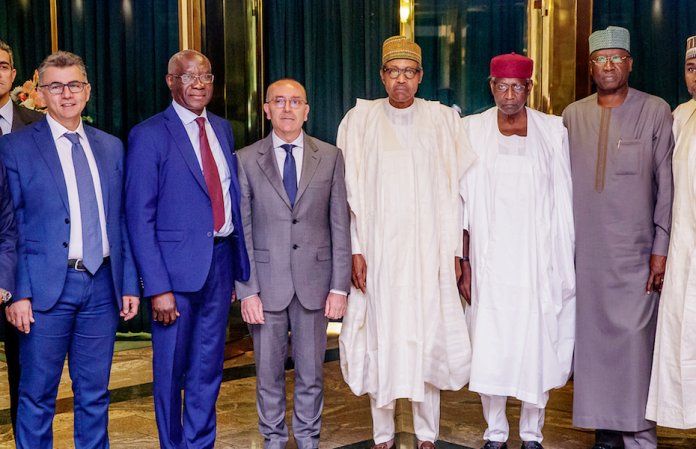 Making the promise in the State House while conveying the message of the government of Italy to President Muhammadu Buhari, the Italian Ambassador to Nigeria, Dr. Stefano Pontesilli, who accompanied a delegation from Italian parliament to Nigeria, said Italy would cooperate with Nigeria 100 per cent.

‘‘We are willing to cooperate with your administration 100 per cent on illicit assets repatriation,” Pontesili said.

A statement by presidential spokesman, Malam Garba Shehu, said Buhari told the delegation led by Senator Vito Petrocelli, Chairman, Italian Senate Committee on Foreign Affairs, that the support of the Italian government in recovering and repatriating the assets was welcome.

According to the statement, Buhari commended the Italian government for demonstrating ‘‘open-mindedness’’ and willingness to cooperate with Nigeria on the issue of repatriation of stolen funds.

It also said the president, while acknowledging the good wishes of the Italian government in the aftermath of the February 23 presidential election, told the delegation that his second term in office would consolidate on the progress recorded in the last four years in the country adding that he also used the occasion to remind developed countries to assist in reviving Lake Chad.

“Lake Chad is now 10 per cent of what it used to be. At least 30 million people around it benefit from fishing, farming and animal husbandry. The drying up of Lake Chad has forced some people to defy the Sahara desert and the Mediterranean in their bid to get to Europe,’’ he said.

The statement added that Buhari thanked the Italian government for its policy of accommodating displaced persons, particularly African refugees, and also expressed appreciation to the Italian delegation for emphasising the cordial relationship between Nigeria and Italy and the need to establish a ‘‘bilateral committee on friendship’’ that would identify areas of cooperation and work collectively.

“Earlier, Senator Petrocelli had told President Buhari that the delegation, which included Senator Tony Chike Iwobi, Vice Chairman, Senate Committee on Foreign Affairs, a Nigerian and first African to be elected into the Italian Parliament, was in the country to attend to the June 12 Democracy Day celebrations.

“He also congratulated the Nigerian leader on his re-election. The President and the delegation which also included Italian investors discussed a range of bilateral and global issues including migration, Sustainable Development Goals (SDGs), infrastructure development, anti-corruption and the need to strengthen inter-parliamentary relationship between Nigeria and Italy,” the statement added.