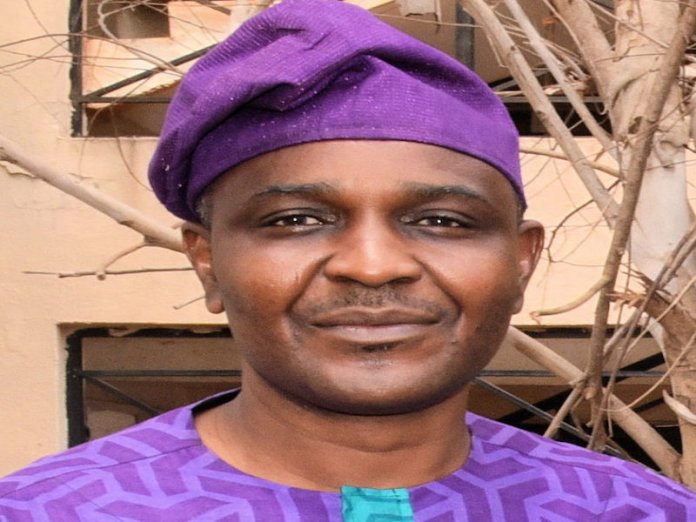 A PHOTOGRAPHER’S TAkE On SOCIal realities

Ayo Adewunmi’s photography exhibition, which opens on June 12, is not just about the reminiscences of the past elections. It also draws the viewer’s attention to the widening gap between the haves and the have-nots, writes Okechukwu Uwaezuoke

Akaleidoscope of memories, dredged up from the ineffaceable records of Time, floats before the collective consciousness. Events swirling around that politically significant date, June 12, begin to resolve themselves into coherence before the viewer’s mind’s eye. For many, these events represent the turning-point for the country’s democracy. Leading Enugu-based artist, Ayo Adewunmi describes that general election, which took place in 1993, as his “first conscious and deliberate participation in elections in Nigeria.”
This is why he bases his photography exhibition – which opens on Wednesday, June 12, from 1 pm at the National Gallery of Art, Enugu – on the theme: Democracy, Election and the People: Photography Narratives.

With the exhibition, the Institute of Management and Technology art and photography lecturer hopes to share the outcome of his 12-year long self-funded photographic documentation of the country’s democracy and electioneering processes with his public.
“It is a collection of photography narratives selected from over 5000 images,” he explains in his exhibition catalogue. “An exploration of the dynamics of photography as an aesthetic narrative tool and a means of metaphorical expression. The study queries the dichotomy between the rulers and the subjects. Rather than drawing conclusion, this exhibition offers the audience the privilege to make their own conclusions.”
Back then, just the 1993 general elections loomed, the advocacy for change was being ramped up by starry-eyed activists. They wanted to see the back of the then military president, who was already in his eighth year in office.

Somehow, the unexpected happened during that presidential election. Nigerians put aside their ethnic and religious sentiments to line up behind a southern Muslim candidate, whose vice-presidential candidate was also a Muslim. “At that time, the most important thing was to have an alternative government,” Adewunmi muses. “Like many other Nigerians, I shared in the excitement of participation. What this meant for me was to trek about three kilometres to the polling unit where I was to vote – a task that was not in any way burdensome, bearing in mind the perceived outcome of the election.”

Perhaps, it was the use of the open-ballot system, a. k. a. Option A4, that earned that election its enviable laurel as Nigeria’s “freest and fairest”. This system, conceived by Professor Humphrey Nwosu the then National Electoral Commission chairman, required voters to queue behind their preferred candidate. “The turnout was unprecedented, the queues were long, voters were excitedly determined to vote and monitor the results,” Adewunmi gushes.

Even decades after, the ambience of those years continues to linger in Adewunmi’s mind. Thoughts of documenting election day activities began to suggest themselves to him. “The long-distance trekking, the empty roads, the neighbourhood activities, the anxiety, the hope, and more importantly, the place and role of the under-aged were very remarkable issues for me. So, I knew I had to engage in this research later on.”

A few more elections had held before these thoughts eventually crystallised into reality in 2007. “Just before that 2007 general election, I met the News Manager of Nigeria Television Authority, NTA, Enugu and discussed my interest in joining the reporters to cover that year’s election with my still photography camera,” he says. “The deal was to make my car available, to drive around the reporters. I jumped at the offer. My team was to cover Udi and Awgu Local Government Authorities of Enugu State. The outcome was not only interesting, it was rewarding.”

His experiences during that election opened his eyes to many realities. Besides the fact that the elections were marred by irregularities and malpractices, he realised that several journalists were working for their interests. He also discovered that “there were several other election backstage stories that were of essence and would be required for a complete understanding of the system.”
Covering these activities, he understood, would mean having to do it alone in the coming election. Of course, he didn’t forget the disturbing images of thuggery, show of force, intimidation and intrigued manipulations.

So, during the next election, held in 2011, he thought it was high time he ventured into independent photo journalism. “I approached the office of the Independent National Electoral Commission to obtain a personal media pass, fortunately I was given. This gave me the privilege to schedule my own itinerary. I was mindful of the risk involved, but I was determined to embark on the project, capture vital images which may positively impact on our collective judgement as a nation.”

Getting media permit for the subsequent elections in 2015 and 2019 elections also posed no problems for the Kogi State-born artist, who had been honed by his previous experiences. Thus, in 12 years he was able to accumulate enough photographic study materials on the Nigerian electoral process. “It is not mere documentation of the election, nor just creating art photography of the election,” he explains. “It is indeed a cumulative collection of metaphorical stories, photographic expressions selected from over 5000 photographs of the project…”
Though the study was carried out within Enugu State, Adewunmi calls it “a typology of what is obtainable elsewhere in Nigeria”, suggesting that “it is a true reflection of our common political experience.”

Adewunmi, who is better known as the art director of the annual Life in My City Art Festival (called LIMCAF) and the initiator of the Art is Everywhere (AIE) project, says the study is not an assessment of the electoral body’s success or otherwise. Neither did he intend it to be a formal evaluation of the performance of the government or even of the political parties per se. “The study, rather than drawing conclusions, offers the audience the privilege to make their own conclusions. The study is an exposé on the election process on one hand and socio-political conversations on the other. It seeks to explore the dynamics of photography as an aesthetic narrative tool and at the same time, a means of metaphorical expression. The study queries the dichotomy between the rulers and the subjects, but draws attention to the cumbersome and subjects manipulative electioneering process which is ironically the point of closest contact within the ever-widening socio-economic gap between the rulers and the subjects.”

The exhibition engages the viewers in four sections. In the first section, featuring photographs evoking the 2007, 2011, 2015 and 2019 elections, is a visual narrative of what the University of Nigeria, Nsukka PhD holder in art history calls “progressive development of the system, the election process and the Nigerian social characteristics”. The next section, dubbed: “Their Utmost for the Nation”, is an evaluation of the enthusiastic commitment of the citizenry when duty calls. The artist goes metaphorical in Section Three, themed: “Fellow Nigerians”, where he explores the world of the less-privileged children as well as the physically/health-challenged individuals and focuses on the aesthetics in the election spaces in the final section. This exhibition, which is on until Friday, June 21, is not just about reappraising the past elections. It also offers the viewer a close-up view of the society reeling from the ever-widening gap between the haves and the have-nots.