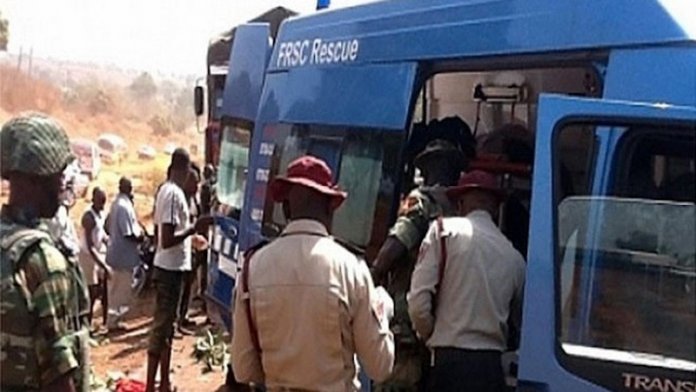 Eighteen persons were early Saturday burnt to death at Oba Ile junction on Akure /Owo Road when a Toyota Hiace Bus and a lorry collided on the road.

The accident, THISDAY learnt, occurred at about 3:30 am on Saturday.

The Police Public Relations Officer for Ondo State Command, Mr Femi Joseph, said preliminary investigation revealed that the accident occured when the lorry was trying to avoid a bad portion on the road.

He said while the lorry was trying to avoid the bad portion, it collided with the bus coming from the opposite end and the bus caught fire burning all the occupants.

He said the driver and the motorboy of the lorry ran away immediately the accident occured to an unknown place.