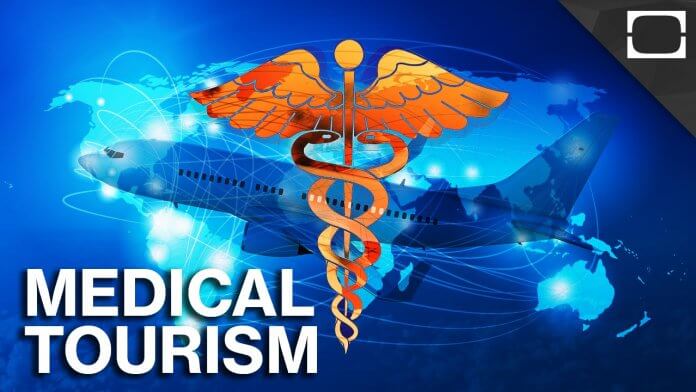 If Nigeria is to reduce brain drain and rising capital flight through medical tourism, it needs to improve the state of its healthcare facilities, earn patients’ confidence and retain some of its brilliant medical experts, a report has stated.

The report by the Financial Derivatives Company Limited obtained by THISDAY yesterday, pointed out that with Nigeria’s population at about 190 million and a population growth rate of 2.6 percent, the country would need about 303,333 medical doctors now, and at least 10,605 new doctors annually, to join the workforce to halt rising brain drain and capital flight.

“Only at this level can we expect good quality patient care that is not undermined by mistakes, occasioned by fatigued and exhausted medical doctors.

“The need for doctors is on the rise. If Nigeria is to reduce brain drain, and the rising capital flight from medical tourism, then it needs to improve the state of its healthcare facilities, earn patients’ confidence and retain some of its brilliant medical experts,” it stated.

According to the report, health remains an essential driver for economic growth and human capital development, adding that to ensure economic development in a country, its citizenry must be healthy.

It, however, pointed out that health is extremely difficult to deliver without a qualified and substantial workforce of health care practitioners.

“Herein lies the problem in Nigeria. Emigration amongst medical professionals has been a trend since the 1980s.

“An estimated 2,000 medical doctors and other health care professionals leave Nigeria for greener pastures every year, and over 80 per cent of Nigerian medical doctors are currently seeking work opportunities abroad.

“The exodus of doctors, primarily to the US and Europe, is due to a range of reasons such as poor salaries and incentives, a lack of health infrastructure, and the constant need to seek a better quality of life,” it stated.

It said addressing challenges that lead to brain drain would help in improving the health sector, the economy and the lives of Nigerians.

It identified salaries as one of the largest factors leading to brain drain in the country, noting that hardly a year passes without a major national strike by health practitioners, typically focused on wages.

“This is meagre when compared to a healthcare practitioner in the United States that earns an average of $14,904.67 a month.

“Thus, we see doctors moving to countries where they can be better paid for their services,” the report stated.

According to the Medical and Dental Council of Nigeria, Nigeria has about 72,000 registered medical doctors. However, only approximately 35,000 of them are practising in Nigeria.

The UK has over 3,000 Nigerian-trained doctors, the US has more than 5,000, and Canada continues to attract medical professionals from Nigeria, reflecting an on-going trend of Nigerian-qualified doctors choosing to practice elsewhere.

“The impact is a poor-doctor-to-patient ratio. There is only one doctor for every 2,500 Nigerians, which falls far short of the World Health Organisation’s (WHO) recommendation of 1:600.

“Most health practitioners must travel abroad to get exposure to modern medical equipment, as do many patients if they can afford it.

“The high rate of healthcare tourism is a clear indicator that the state of Nigeria’s medical system is insufficient. Nigerians spend about $1 billion annually on medical tourism, which is about 20 per cent of the annual government spending on the public health sector.

“The lack of infrastructure is a result of the federal government’s low annual budget for the health sector,” said the report.

This was below the African Union’s (AU) 15 per cent minimum target to improve the health sectors of AU countries.

Nigeria spends only $67 per person on health care, whereas South Africa allocates seven times as much and Angola three times as much, it stated.

The report recommended an increase in the federal government’s budgetary allocation for health care.