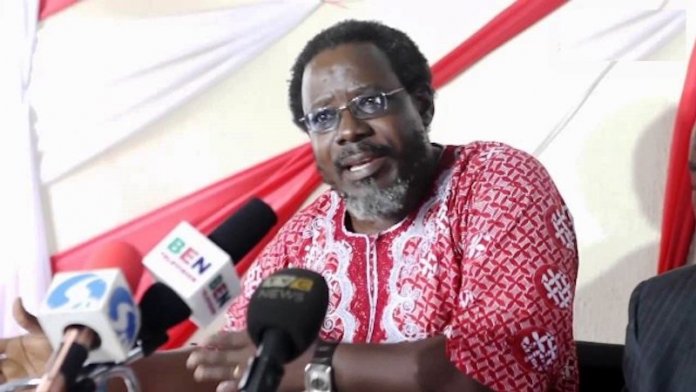 The Executive Chairman of CACOL, Mr. Debo Adeniran, in a statement issued on his behalf by the Coordinator, Media and Publications, CACOL, Mr. Adegboyega Otunuga, said, “Today’s inauguration of our anti-corruption educators at the grassroots was watershed in our onerous assignment of stamping out corruption out of Nigeria’s body polity.

“It is a culmination of various activities hitherto embarked upon towards taking full ownership of the fight against corruption in the country. It would be recalled that since the advent of this democracy which many observers, nationwide and internationally, prefer to describe as a civil rule rather than true or wholesale democracy, successive governments have enacted one law or policy programme to fight the menace of corruption”.

Adeniran stated that none of those policy formulations had been able to effectively tackle corruption in a very radical and ground sweeping manner, devoid of sentiments, cherry-picking or favouritism to provide enough deterrence that would at least, discourage majority of our public office holders from corruptive acts.

He added that in some countries like China or Malaysia, where corruption was also identified as a single impediment to national rebirth or social growth, death penalty or life imprisonment had been meted out to culprits, irrespective of whose ox is gored.

According to him, “In our own country too, the effects of corruption has been felt and identified as a major cause of why we remain a mono-cultural economy, why our refineries were destroyed and we have become the only oil-producing nation without a single petroleum refinery, with just campaign promises that have remained a pipe dream and nothing but ‘political promises’ till date”.

He noted that up till this moment, Nigeria has no single law that empowers our anti-corruption agencies on inviting and interrogating those that are suspected of living above their means to either explain the source of such sudden wealth or forfeit same.

Adeniran added: “All this has further confirmed our fear and suspicion that, as conscience of the nation, the civil society (of which the media is an integral part) cannot and must not leave the fight for eliminating the ugly ogre of corruption from our social space or at least, reduce it to the barest minimum.

“It is in this wise that CACOL has initiated this programme, which has been running concurrently in both Lagos and Osun States, to take the fight against corruption from the same elites that are responsible for our economic woes and social miasma, and own the fight for necessary result and effectiveness.

“Consequently, today’s event climaxed series of enlightenment and education on what constitute corruption, how to identify, shame and shun it; as well as best ways of engaging our budding public office holders from campaign stage to assumption of office at various levels.

“Thirteen different units were instituted and given their authority banners to show their authenticity of CACOL’s insignia. With this formal inauguration of ambassadors or foot-soldiers of CACOL’s anti-corruption campaign, the aim is to ensure that Nigeria does not remain the same in our crusade for a sanitised and corruption-free environment.”