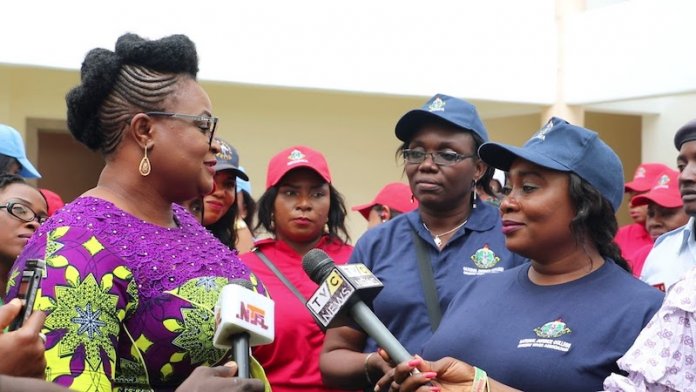 Calls for increase in budget

Nigerian women yesterday expressed optimism in their representation in the forthcoming federal cabinet, expecting President Muhammadu Buhari to achieve the 35 per cent affirmation.

The Director General for the National Centre for Women Development (NCWD), Mrs. Mary Ekpere-Eta, who stated this at a media briefing during the induction of female icons into the Nigerian Women Hall of Fame, said 22 women have been selected for the recognition.

In the event themed “Celebrating Nigerian Women Icons of Hope”, Ekpere-Eta said that apart from the expectations of women in the new cabinet, budgetary allocation for women programmes need to be increased as there is so much more to be done, especially in training and empowerment.

She added that despite the fact that the country’s population has half or more of the women, the opportunity to participate in all human endeavours has been limited, hence the induction which is expected to break barriers and pave way for young girls, especially secondary school girls.

She said, “We are expecting 35 per cent representation in the next cabinet and in the scheme of things. The federal government needs to increase the budget being allocated to women in order for us to fulfil our mandate, which is very high; and we have a lot to do. We need to train in several things. Improvement is needed to do much more.

“It has been very difficult for women to attain high status. So for, a woman who can break such a glass ceiling, such a woman needs documentation. The icons will serve as role models to young ladies. This is not about decoration; but to pave way for secondary school girls.’’

She added that the selection was done on merit with proofs, which have been documented, and assured that modalities, which includes quest for excellence, integrity and other positive attributes, were the ingredients considered for selection.