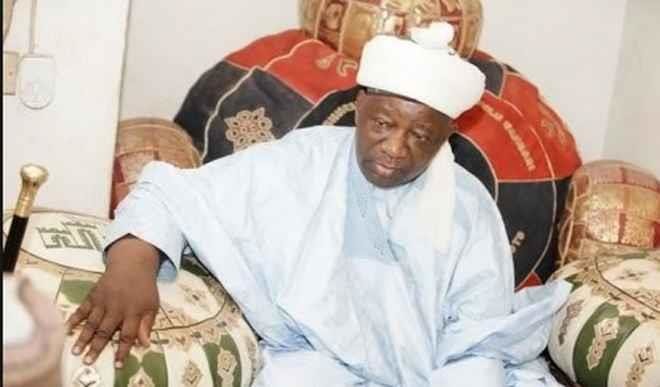 Alhaja Aishat Gambari, mother of Emir of Ilorin, Alhaji Ibrahim Sulu Gambari, was said to have died on Monday evening at the age of 124.

Meanwhile, the Kwara state chapter of the Peoples Democratic Party, PDP has condoled with his HRH Ibrahim Sulu-Gambari over the passing of his mother.

In a statement signed by its State Chairman, Hon. Kola Shittu, the party also commiserated with the royal family and all sons and daughters of Ilorin Emirate on the demise of the matriarch.

“The late Alhaja Aisha was a great woman and  caring mother and was a formidable pillar of support to her children and loved ones  including the Emir. She lived a life worthy of emulation and will be remembered for her righteousness, wise counsel and the impacts she made in people’s lives”, the statement read.

Also, a chieftain of the All Progressives Congress, APC, Mallam Saliu Mustapha has commiserated with the Emir of Ilorin, Alhaji Ibrahim Sulu Gambari on the death of his mother, Hajia Ayishat Sulu-Gambari, popularly known as Nma.

In a statement issued in ilorin, the Kwara state capital through his media aide, Mallam Saliu Mustapha, he described the late mother of the Emir as a symbol of Islam.

According to him, the late Emir’s mother devoted all her life time to the worship of Almighty Allah and died during a sacred month of Ramadan where Allah forgive all sins and accept duas.

Mallam Saliu Mustapha sympathised with the traditional rulers council in the state, the people of Ilorin Emirate, Council of Ulama and the immediate family of the Emir on the death of their beloved mother.

He prayed Almighty Allah to forgive her sins and grant her aljanat Fridaus, while praying Allah to give the family the fortitude to bear the irreplaceable loss.