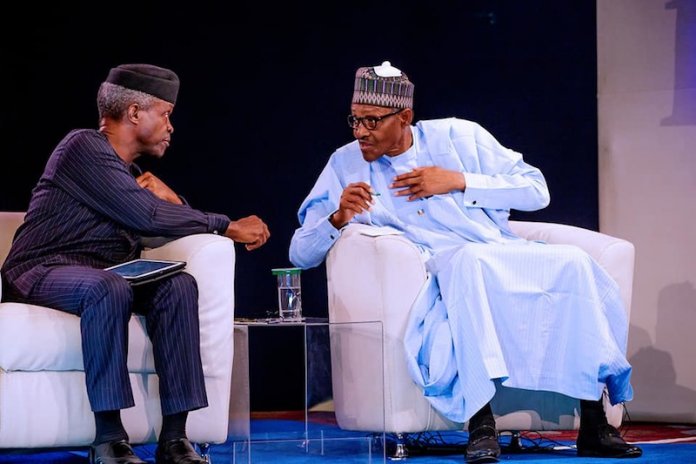 Agitations for restructuring of Nigeria’s political system have been going on for eons without fruition. While the agitations have raged on, there has been no agreement among the Nigerian elites on the “why” and “how” the country should be restructured. Whereas there is a broad consensus among southerners that Nigeria needs to be restructured, the northern compatriots on the other hand are not so crazy about the idea.

The demand for restructuring is largely driven by what has been identified as a dysfunctional unitary system of governance that was foisted on the country since the 1966 military incursion into public administration of the country.

The system entails the full control of revenues generated from taxes and mineral resources at sub-national levels by the central government, which then allocates proportions of such revenues to the federating units in an inequitable manner. Thus, the proponents of restructuring argue that this negates the letter and spirit of true federalism.

The major focus of the restructuring debate has been on changing the percentage of the derivation formula for the regions, where mineral resources are extracted. This formula, which has gone through various iterations, has dropped from 50 per cent in the 1960s to currently 13 per cent. If we have to be realistic with ourselves, this preoccupation with sharing revenue in our extractive economy is antidevelopment. Therefore, what we need is a restructuring of our thinking.

I will strive, in this opinion piece, to show why we need a new development model that shifts the mindset of our states and the various regions of the country away from dependence on oil & gas and makes us a more economically prosperous nation.
In the substance of it, I do agree with the need for devolution of powers to the federating units but I go farther in my submission than most adherents of restructuring. The federating units that I refer to are not the states and local governments but the six geopolitical zones or what is called regionalism. This, too, is not a new idea per se. I maintain that the states can remain as they are under the regional system I am proposing.

Some supporters of restructuring have floated the idea of reducing the number of states to the 12 created by General Yakubu Gowon. Their argument is premised on the weak fiscal positions of a large number of the current states, many of whom cannot pay the salaries of their workers and owe so many months in pensions to retirees let alone invest in healthcare, education, infrastructure and other development projects.

I further propose that each of these six regions should have a development plan upon which budgetary allocations will be anchored. For instance, the six states in the South-west will come together to draw up an economic blueprint or development plan for their region.
The blueprint will be based on two factors – politics and economy. First, the regional restructuring that I propose will require each region to have its own political party, which will be based on their peculiar economic and social ideologies. This will bring an end to the irresponsible proliferation of political parties and the situation whereby national political parties control the levers of government to the disadvantage of others. But I will come back to this shortly.

The second advantage of the regional restructuring I am proposing is that the economic blueprints of each region will be based on the competitive advantage of that region. For instance, while one region might find it necessary to focus on manufacturing and services, another region might want its development agenda to focus on mining and agriculture, essentially, playing to their greatest strength.
The blueprint will require the development of export markets and providing employment opportunities for people in that region. There will be independent bodies or institutions that will be set up to implement these plans. There could be, for instance, the North-West Development Commission (NWDC) which membership could be the commissioners from the seven states in the region. The federal government’s annual budgets will be provided mainly for the funding of the projects that each region has earmarked to be accomplished in a particular year. The funding will be made available to the regional development bodies with direct oversight from the governors rather than the federal government.

Under this system, the federal government will divest itself from direct engagements in oil & gas, education, healthcare and all other sectors of the economy except defence and foreign policy. It will however impose federal taxes on some region to fund its own activities. While my proposal does not advance the reduction in the number of states, it does support the reduction of the representatives at the National Assembly from the states as each region shall be allotted a fixed and equal number of representatives. This will be in alignment with the streamlining of the federal government’s functions in public administration.

This system will summarily bring an end to constituency projects and other bogus contraption that federal lawmakers receive. At least, N100 billion is disbursed to the National Assembly for various projects every year.

Such funds will now be managed directly by the regions for their development. In addition, the bloated and redundant manpower deployed to keep oiling the machinery of the federal government would be greatly pruned.

Nigeria’s unitary system of government, apart from fostering corruption, which is the main culprit of the country’s underdevelopment, has also diminished the country’s economic competitiveness. States and regions that have the potential to be economically productive have become moribund economic centres that wait for monthly allocations from Abuja.

State government workers are unproductive, because they are poorly paid, not always paid on time and are not held accountable for key deliverables. Governance has been reduced to a series of small projects with no vision for economic transformation.
The undue reliance on the lucrative Oil & Gas receipts has stifled the growth of other key economic drivers like manufacturing and agriculture. For instance, the manufacturing sector contributed 8.84 per cent to Nigeria’s Gross Domestic Product (GDP) in 2017, based on data provided by the National Bureau of Statistics. This is a pittance!

Granted that the country has not developed capacity to export finished products, I believe that there is room to earn huge revenues from export of agricultural products, like countries such as Brazil have been able to do.

Brazil’s top export product is not even crude oil. The country earned $33.2 billion in 2018 from exporting soya beans, according to statistics provided by World’s Top Exports. Nigeria’s earning from crude oil exports – which accounts for 96 per cent of our total exports in 2017 was $39.1 billion.

Brazil’s earnings from soya beans, poultry meat and frozen beef alone exceed Nigeria’s total annual export revenue. Barring our dependence on oil, these are all products that the country can produce and export. While Nigeria can exploit its competitive advantage in agriculture, the need to develop export markets for processed goods cannot be overemphasised.

China earned $219.4 billion in 2017 from exporting mobile phones and other phone devices. This figure is almost 60 per cent of Nigeria’s entire GDP in the same year. South Africa is the second largest economy on the African continent, yet the country earns more revenue from exports than Nigeria does, mostly because of the significant contribution of its manufacturing sector to GDP.

Developing a national economic blueprint based on regionalism has the potential to increase Nigeria’s economic competitiveness, unlock the economic potential of the country and advance our national development. Moreover, Nigerians can also live peacefully among ourselves as we develop the different regions.

Back to the idea introduced earlier for each zone to have its political party. This system will lead to more stability in our political system. Let me explain how this can be achieved. Under the regional restructuring that I propose, Nigeria will have six political parties, each representing one of the geopolitical zones.

To elect a president, he or she must have majority of the votes from at least three regions. This will ultimately requires a coalition of political parties in this case regions. That coalition will be based on the affinity of the ideologies of the respective parties or their ability to sell their candidates to the other regions during an election.

At the state level, all candidates will run for elections for various offices on the platform of one political party, which is the regional party. I believe this system will produce a more competitive leadership at state, regional and federal government levels.
I believe that strengthening our regions economically and politically would lead a stronger and more economically prosperous Nigeria.