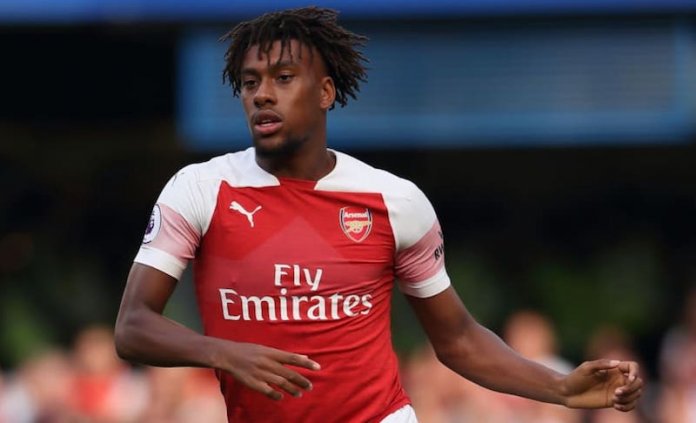 Alex Iwobi has admitted that he wants Tottenham Hotspur to lose to Liverpool in the Champions League final on June 1.

The Nigeria international knows all about the rivalry between Arsenal and their North London neighbors Spurs and he’s backing Jurgen Klopp’s side to win the game at the Wanda Metropolitano, Madrid.

Iwobi and his Arsenal teammates are preparing to face Chelsea in the Europa League final in Baku next week and they will be granted a place in next season’s Champions League if they win the trophy.

”We’re not trying to focus on Tottenham to be fair, I actually hope they lose,” Iwobi told Sky Sports.

“No, we’re not trying to look at them, they’ve done well to be fair, I have to give it to them.

”But we want to focus on ourselves and bring back the trophy for us.”

Iwobi would become the first Nigerian player since Dickson Etuhu in May 2010 to feature in a Europa League final if he plays against Chelsea.