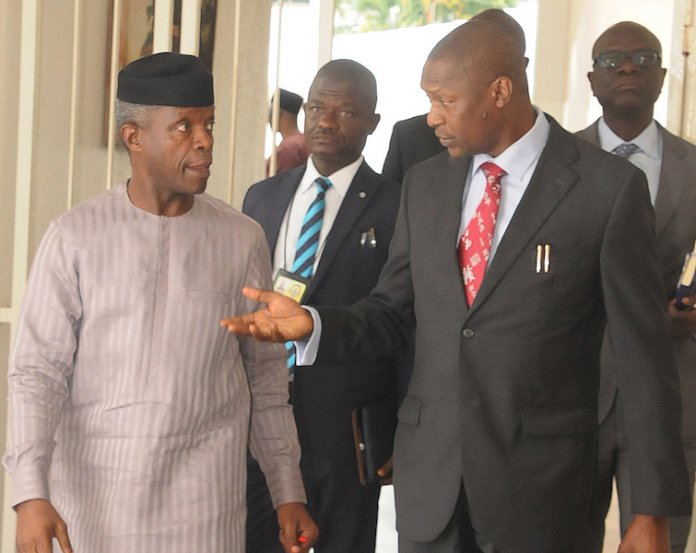 The Federal Executive Council (FEC) yesterday in Abuja approved 0.2 per cent import rate on cost, insurance and freight on goods coming into Nigeria from African countries.

Briefing journalists at the end of the meeting, the Minister of Finance, Mrs. Zainab Ahmed, said the levy was meant to enhance sustainable financing of membership subscription in the African Union (AU).

Ahmed also said bearing in mind that accruals from this levy will exceed Nigeria’s subscription in the AU, the remaining profit will be deposited in the Central Bank of Nigeria (CBN) and subsequently deployed to finance Nigeria’s subscription to other international organisations such as the World Bank and African Development Bank.

She said: “The Federal Executive Council meeting approved a new import levy for sustainable financing of Nigeria’s membership subscription in the African Union. It approved a rate of 0.2 percent as a new import levy on cost, insurance, and freight (CIF) that will be charged on imports coming into Nigeria but with some exceptions.

“It also exempts goods that have been ordered and are under importation process before the scheme was announced into effect. The purpose of this new levy is to enable the African Union member countries pay on a sustainable basis their subscriptions to African Union.

“The council also approved that for Nigeria, knowing that what will accrue from this new levy will be more than what is required as subscriptions to the African Union, the balance that will be left will be put in a special account in the Central Bank of Nigeria and will be used to finance her subscriptions to multilateral organisations as the World Bank, African Development Bank, Islamic Development Bank and institutions like that. And if there is any excess left from that in the revenue pool, it will be used to financed the budget.”

The minister also said the council approved the constitution of a steering committee to be chaired by Vice President Yemi Osinbajo to handle the design and implementation of a national single window, which she said would be a web portal for the integration “of all government agencies that are operators, that are implementers in the port business or trading in the port system.”

According to her, “the trading platform will enable better efficiency of port operations and we project that it will significantly increase government revenues.”

She also said the council approved the extension of CBN intervention for continued support to the power sector, particularly the generation arm of the sector.

“This is based on a commitment that we signed into as a country, where we have several guarantees to the generation companies (Gencos) to bridge any gap that they have after the Nigerian Bulk Electricity Trading Plc (NBET) has settled them,” she explained.

FEC also approved nine memoranda of understanding from the Minister of Federal Capital Territory (FCT), Mohammed Bello, for the provision of various infrastructure in the FCT.