Most Nigerians would have really wished that the country’s scientific and technological breakthroughs move from theories to practical inventions, writes Davidson Iriekpen

As a first class Chemical Engineering graduate and with a PhD in the same field, when President Muhammadu Buhari appointed Ogbonnanya Onu as Minister of Science and Technology, many did not consider it as a mistake.

Since his assumption of office, he has tried to lay emphasis on the patronage of indigenous goods and services especially as the ministry was considered one of the 13 ministries critical to the actualisation of the federal government’s programmes on sustainable growth of the Nigerian economy.
Though the ministry is not saddled with the implementation of substantial projects, it is at the forefront of the diversification drive towards science, technology and innovation.

This has led to the new policy document on National Science, Technology and Innovation Roadmap (2017-2030), vital to the diversification of the Nigerian economy.
Based on this, President Buhari recently issued Executive Order No 5 which seeks to promote self-reliance and enhance industrial capacity, especially in new and emerging technologies.

The ministry also launched National Strategy for Competitiveness in Raw Materials and Products Development in Nigeria in September 2017. It is believed that owing to the paucity of funds and low funding of the ministry, implementation of the ministry’s projects under Ogbonnaya’s watch has not been encouraging. Nevertheless, he has encouraged all the agencies under the ministry to try and fulfill their mandate. First was his directive to all the 17 agencies under the ministry to patronise Innoson vehicles as well as other local manufacturing companies. His administration began the National Science and Technology Week which first held successfully in April 2017 and then March 2018 to showcase inventors and inventions. The maiden edition of the expo which held between April 13 to 17, 2017 in Abuja, according to the minister, was productive as he noted that various products from research institutes under the ministry displayed at the event.

These products were later commercialised by investors which later led to a second edition to further drive the need to develop the country’s technology.
Notwithstanding, efforts to promote indigenous products and the advocacy has not been very effective as there is still low patronage from Nigerians and encouragement from the government.

Onu signed a Memorandum of Undertaking (MOU) with three international companies to export indigenous technologies and food and another one with NASCO to kick off commercial production of High Nutrient Density biscuits.

The minister fulfilled his promise to encourage and empower youth in science and technology when in 2016, the ministry commenced a process to encourage youth in all 774 LGAs of the country to participate in science and technology in a programme tagged: “774 Young Nigerian Scientists Presidential award (774-YONSPA)”.
The award is an initiative of the Federal Ministry of Science and Technology held annually. It is aimed at effectively encouraging and developing the interest of Nigerian youth in science, technology, and innovation (STI).

The competition is organised at the 774 local government areas across the country and the best 37 students are selected to represent each state of the federation, including the FCT.
Participation in YONSPA awards cuts across all senior secondary schools (private and public) through competitive examinations.

Under the minister also, 19 new high yield crop varieties were released by the Federal Ministry of Science and Technology to enhance agriculture.
The National Variety Release Committee (NVRC) approved the release at its 26th meeting held at its secretariat, National Centre for Genetic Resources and Biotechnology (NACGRAB), Ibadan.

Almost four years on the saddle, with no renowned scientific and technological breakthrough, in spite of the role science and technology play in country’s development, many Nigerians believe that the ministry has not achieved much.
Nigeria’s automotive industry, for instance, is yet to compete favourably with foreign companies. The minister blames this on the absence of research and development.

A year after the federal government signed an agreement with the Russian state-owned nuclear energy corporation to build and operate a nuclear power plant, the first of its kind on the continent, as well as a research centre that would house a nuclear research reactor, nothing has been done so far. 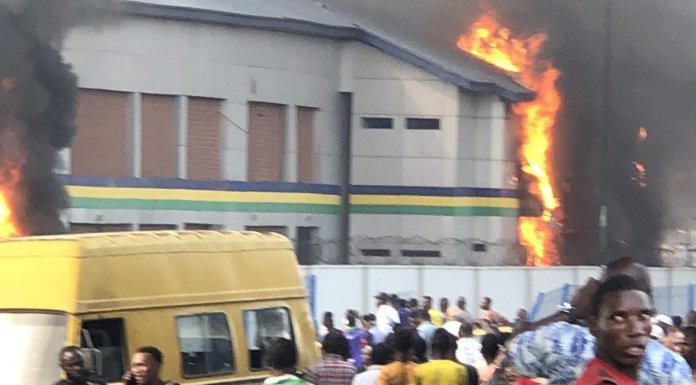