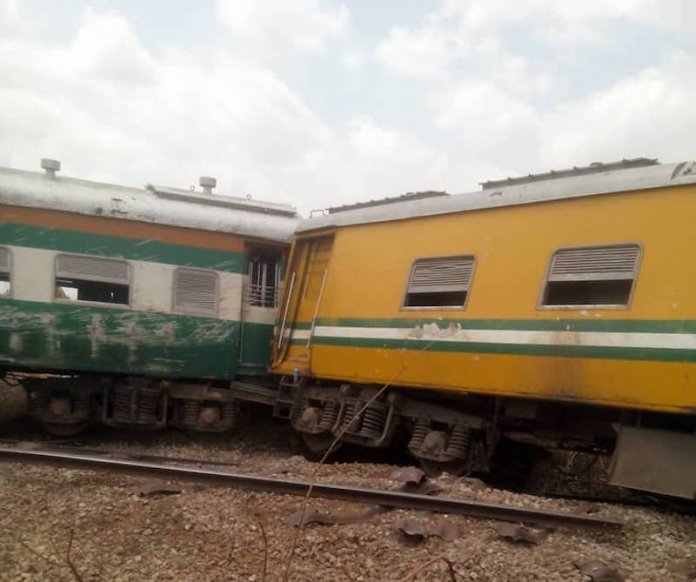 A large number of passengers on board a Lagos to Kano passenger train escaped death by a whisker on Monday when the train derailed between Maikunkele and Jangaru towns.

THISDAY learnt that the train, which left Lagos almost five days ago, had been having technical problems during the journey which was not expected to last more than 48 hours.

According to eyewitnesses, between Maikunkele and Jangaru towns, the train was reported to have run into a herd of cows resulting in the accident.

The engine was said to be still on the track while the first class and five other wagons had veered off the track.

It was said that the few passengers left in the train as a result of the problems it encountered on the journey managed to escape death.

However, some of the passengers were injured and were rushed to Minna for medical attention with the railway ambulance.

The remaining passengers, who were not hurt, were stranded as they were seen begging for transport fare to take them to their destinations.

The Niger State Emergency Management Agency (NSEMA) and the Federal Road Safety Corps (FRSC) claimed they were not aware of the accident.

No official of the Nigerian Railway Corporation (NRC) was available to comment on the incident.