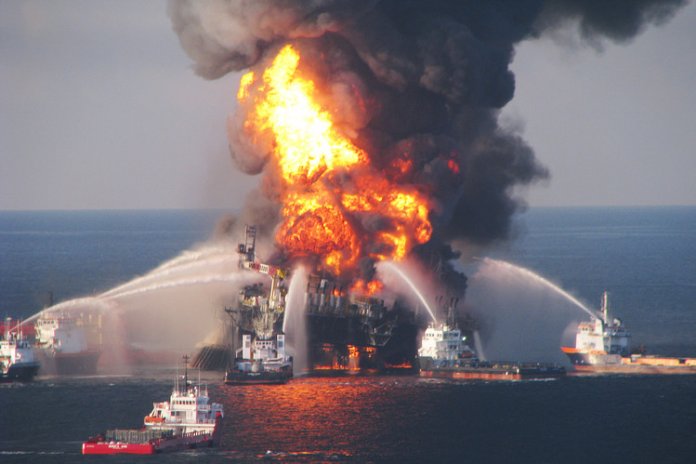 The recent explosion at the Oju-Imole oil field in Ilaje Local Government Area of Ondo State has again raised the challenge of safety of lives and property in the oil producing communities. More disturbing is that these oil fields said to belong to Chevron have been on fire for more than two weeks without any conscious effort to douse it. Many residents have reportedly fled their homes as a result of severe heat. Sadly, the only lesson from the tragedy is that it is typical of the agony many Nigerian communities are often subjected to by the oil prospecting companies while the government looks the other way.

The Ogoni case is a typical example. The 2011 United Nations Environment Programme (UNEP) investigation which eventually recommended a scientific rectification of the environment in Ogoniland had come up with far-reaching and alarming revelations among which were heavy contamination of land and underground water courses – that the drinking water in the communities contained dangerous concentrations of benzene and other pollutants. Instructively, while submitting the report, Mr. Achim Steiner, Executive Director of UNEP, who was present at the so-called commencement of the clean-up, said the study “offers a blueprint for how the oil industry and public authorities might operate more responsibly in Africa and beyond at a time of increasing production and exploration across many parts of the continent.”

While we call on the authorities to urgently find a solution for the Ilaje fire, it is also important to put in place measures to forestall future occurrences. For several decades since the country began production on commercial scale, the oil companies have suffered image deficits stemming from their attitude to environmental and safety issues of their host communities. Decades of oil spillage and indiscriminate flaring of gas in the Niger Delta have, for instance, destroyed the ecosystem and reportedly lowered life expectancy in the region.

The UN has concluded it would take over 30 years to reverse the damage to the environment. However, it is a sad commentary that in spite of the rate at which water is polluted by oil spills that occur during petroleum operations, there has been little and no effective effort by government and the oil operators to curb the environmental problems associated with the industry. The Nigerian National Petroleum Corporation (NNPC) places the quantity of petroleum jettisoned into the environment yearly at 2,300 cubic metres with an average of 300 individual spills annually. But because this amount does not take into account minor spills, the World Bank posits that the true quantity of petroleum spilled into the environment could be as much as 10 times the officially claimed amount.

There is the danger that when people consume polluted water, they will become prone to health issues including breathing problems, skin lesions and other diseases. The fact that a Dutch court ruled in January 2013 that Shell is liable for the pollution in the Niger Delta gives us a leverage that the oil companies can be held accountable for their excuses. And this was underlined when in January 2015, Shell agreed to pay $80 million to the Ogoniland community of Bodo for two oil spills in 2008 after a court case in London.

Meanwhile, the federal government has opened its underbelly for scrutiny with the failure to clean up Ogoni almost two years since it launched a $1 billion clean-up and restoration programme. Instead it directed the NNPC to take over the Ogoniland oil wells from Shell and ensure smooth re-entry. If the federal government can treat citizens in such a cynical manner, why would foreign oil companies not see our people as expendables?