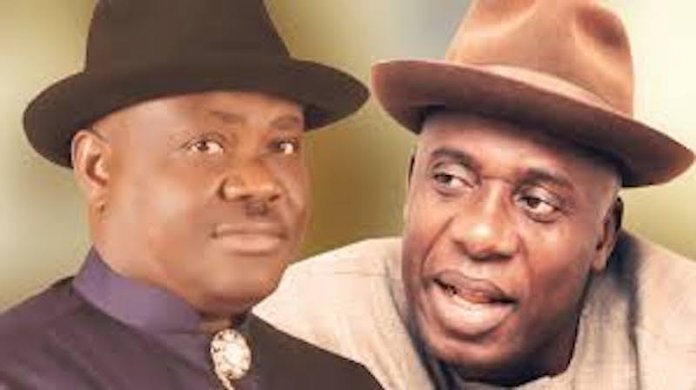 Another round of confusion appears to have ensued in Rivers State at the beginning of the week, as a vocal stakeholder, the Coalition of Governorship Candidates and Party Chairmen raised an uproar that the Independent National Electoral Commission (INEC) in Rivers State has refused to release Certified True Copy of the declared results to the various political parties that participated in the governorship and state assembly elections in Rivers State.

Though the general election in Rivers State was brought to a logical conclusion on April 13, the drama and tension that preceded it has continued.

Representatives of the group, Warigbani Ezekiel Zebulun and Chibuzor Anele drew attention to their predicament, saying they have remained law abiding despite the unlawful collation and announcement of results without the presence of state agents of opposition parties, who were refused entry into the collation centre by INEC and the Nigerian Police. They insisted that these and several other complaints including court actions were ignored by INEC during the collation process. The coalition of opposition political parties said, but for their matured and sacrificial disposition, these actions by INEC was capable of plunging the state into crisis.

However, the Resident Electoral Commissioner in the state, Mr. Obo Effanga completely disassociated his team from the alleged malpractice. Rather, he commended the conduct of the electoral umpire. He maintained that he did not expect everyone to be happy with the commitment of his staff to maintaining the rules. Stating that they remain resolute and undaunted, he said they deserve commendation for showing true valour in upholding the standards of equity. “We refused to break the rules to please anyone.”

Effanga did not at all touch on the allegation that he went against the provision of the electoral act by recruiting card carrying members of the PDP as collation officers and even after he announced they will be changed, he still accepted the results from their assigned LGAs. The opposition in Rivers also accuse of the REC of suspending the election in the entire state. Another act they say contravenes the
electoral act.

Effanga’s position is far from the estimation of the Coalition of Governorship Candidates and Party Chairmen, Rivers State, which is urging INEC to immediately release the said Certified True Copy of results declared within 24 hours to enable interested political parties have a view of it for consideration and determination. The coalition said it was compelled to further accuse INEC of a continual unholy intercourse with Gov Nyesom Wike and the PDP in the state, while depriving some governorship candidates and the various political parties of equal opportunities, rights and privileges.

The Coalition of Governorship Candidates and Party Chairmen, Rivers State is not the only the only individual or group that has an axe to grind with INEC. Between the All Progressives Congress (APC) in the state and INEC, there is no love lost. On the other hand, APC’s misfortune is largely self-inflicted. Lack of cohesion and cooperation within the party exposed its weakness for exploitation by opponents. For instance, Senator Magnus Abe adopted the attitude of if it’s not me, nobody should have it.

His support base was a loud minority with only one motive, to disrupt and perhaps, destroy what they could not keep in the kitty. Rejecting every move for reconciliation and compromise, Abe behaved like a dancing masquerade whose drummers and chorus party were hidden from the public. Apparently he was well-funded by some groups and those who were opposed to Transportation Minister Rotimi Amaechi within and outside the APC.

On closer examination, the political crisis in Rivers may be more about an early start towards the race for office in 2023, rather than 2019 national elections. Those who hold this position point to the threat that Amaechi supposedly poses to power blocs in the country. Those working on this strategy are said to find in Abe, a willing tool.

Inside the APC, particularly in the South-west and the North, certain influential persons from these geo-political zones do not want to see a stronger Amaechi in 2023. The simple reason is that if the presidency is zoned to the South, Amaechi is a possible threat. He is already very prominent without the complement of a state governor. The reasonable assumption is that if he has one, he will become to outstanding and uncontrollable. It is for this same reason that former governor of Akwa Ibom State and Senate Minority Leader, Senator Godswill Akpabio also had his wings clipped, losing in an election everyone assumed he was poised to win.

Badly bruised from internal wars, the APC in Rivers was open to all kinds of abuses and since they could not speak as one, the party continued to suffer heavy blows. For instance, INEC removed the APC candidate’s names from their list even before they were required to do so. They obeyed orders they were not party to and ignored the ones they were party to in anticipation of a Supreme Court order that would finally nail APC.
The commission ignored our numerous complaints and petitions, and went ahead with the collation in secret and announced results that countered already announced results.

A glaring abnormality that the commission has refused to address is the date on
the certificates of return, showing the issuing date as 14th of March. The opposition argue that this supports that their argument that they were all prepared before collation. They also serve to prevent aggrieved parties from getting justice because filing outside the allotted time is a technical ground for striking out any petition.

Unperturbed by these allegations, the Rivers REC has maintained that his team was bound by the provisions of the constitution, the electoral act, other laws and the guidelines for the election. “We were further bound by the pronouncements and decisions of courts.”

Had the INEC team in Rivers not acted the way it did, Effanga argued that there would have a re-occurrence of familiar, but negative cycle of violence-tainted victories or elections and results that have limited input and participation of the voters. He concluded that if the momentum of this new narrative is sustained, Rivers would no longer remain a flashpoint of violence at elections and would no longer risk being left behind by the rest of the country when it comes to the electoral calendar.

Sounding unapologetic, Effanga thumped his chest for the manner his team behaved. According to him, “The duty of the election management body in such a situation is to ensure that participants in the electoral process do not benefit from their bad behaviours aimed at undermining the rights of the electorate to freely choose their leaders. This is what INEC has done in 2019. If the same opportunity. Presents itself again, we shall not hesitate to act similarly, with the hope that politicians would learn to adhere to rules governing elections. For that to happen, the election umpire is required to be strong and courageous.

Had the INEC team in Rivers not acted the way it did, Effanga argued that there would have a re-occurrence of familiar, but negative cycle of violence-tainted victories or elections and results that have limited input and participation of the voters. He concluded that if the momentum of this new narrative is sustained, Rivers would no longer remain a flashpoint of violence 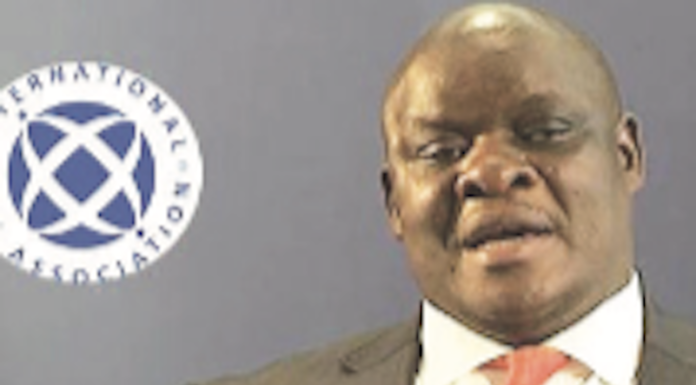