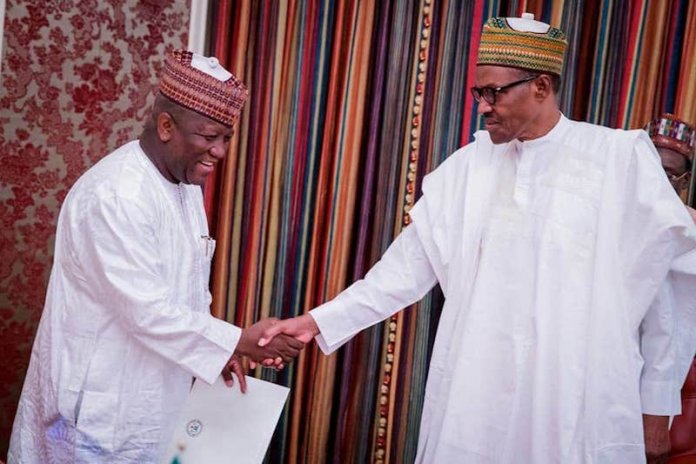 The security challenge in Zamfara State is stoked by no less a factor than failure of leadership by the state government, writes Olawale Olaleye

The deteriorating security situation in Zamfara State peaked in the last few days following the reign of bandits in the North Western state, which in turn increased the number of lives lost to the development. It was also shocking to note that people were being killed in their large numbers every other time in the state and yet had no commensurate mention in the media as if there was some sort of conspiracy to keep the situation out of the public knowing.

This naturally elicited reactions from members of the public, when it eventually came to their knowledge and many of them quickly led protests against the government for failing to live up to billings by ensuring the security of lives and properties. But attempt to look away from the failure of the state government and shift the blame at the doorstep of the federal government is misplacing the issues in context.

Kadaria Ahmed, a renowned journalist, made the headlines, when she led a protest to raise the alarm over the extent of killings that had been going on in the state. While dismissing the state government as ‘utterly useless’, she reminded President Muhammadu Buhari of the sacrifices the people of Zamfara made, both in 2015 and 2019 to elect him president and that paying them back with such bestiality was most unfair.

Short of saying the current government of Buhari was irresponsible and had failed the people, her protest gained incredible traction and recorded huge media mileage, a situation, which perhaps informed the late but rather lukewarm intervention by the government. Sadly, she might have failed in her mission by not sufficiently drawing attention to the failure by the state to act true to expectations.

In its response to the situation, the federal government ordered all foreigners engaged in mining in the affected states to quit within 48 hours. This was because the killings in the form of banditry had been linked quite closely to mining in the state – illegal or not.
Acting Inspector-General of Police, Mr. Mohammed Adamu, while addressing journalists, said anybody, who engaged in mining activities in the state again would have their licence revoked. And that, in their wisdom, was meant to stop the killings forthwith.

But talking seriously, to reduce the growing insecurity in Zamfara only to the mining activities in the state implies that government is yet to have a grasp of the complex nature of the crisis at hand. Yes, mining might be a factor in the whole; it could not have been solely or largely responsible for the degree of killings being witnessed in the state for some time now.
Rather, it is a far more complex situation. A majority of the miners there work on a large scale and therefore not competing for control of the resource. Perhaps, the illegal miners, who might have been reveling in unofficial support of persons in position of authority, have been locked in some supremacy battle. It is definitely not at the core of the issue.

Stricto sensu, the crisis is about failure of government in the area of security and community response to such challenges that threaten the co-existence or co-habitation of the people. It is also one of such crises that come with the challenge of climate change resulting in desertification.

For instance, there is no local government presence in the state, a situation which has elicited some sorts of disconnect between the people at the lower rung of the ladder and the government. This also explains the core of the rationale behind the creation of development council areas by some state governments, to make council administration smoother and easier and also draws the government closer to the people.

Unfortunately, with the absence of the local government let alone development council areas, what it means is that funds accruable to the councils are being shared by the state as desired without proper monitoring of the expenditures much less any development projects at that level. Thus, with this alarming disconnect, which would have brought along with it responsible community policing if allowed, the basic security of the communities is taken away and the people left at the mercy of total strangers.

What is presently obtainable in Zamfara State is that of ungovernable and ungoverned territory, occasioned by a combination of these factors. Also, with people coming from war-torn countries, bearing arms and ammunitions and aided by indefensibly porous borders, what is left to blame here is failure of leadership especially, when you factor the extent of damage this had wreaked on the social capital of the state, with staggering unemployment rate and scary unemployable numbers roaming the streets.

To that extent, while illegal mining is not entirely ruled out, what is happening in Zamfara is a symptom of a larger crisis of simple leadership failure as many of those at the centre of it are not even Nigerians. A majority of them strayed from places like Niger, Libya and the likes with their migratory tendencies.

And when you also consider the fact that there are no more cattle to look after or engagement by the councils and yet dreading to be idle, these able-bodied and anti-social elements will choose to look after something else in a country that places no value on life but boasts a strangely poor understanding of what intelligence and pro-active internal security is all about, banditry becomes the way to go, not necessarily through mining.

Therefore, rather than continue to dish out mere orders, effectively containing the Zamfara crisis in the immediate requires more serious security measures that are outside the ordinary approach. First, government must be responsible. It must start by thoroughly combing the town and weeding out those elements that do not belong there, recover as many arms and ammunitions as possible and review the border policing system in lieu of the situation at hand, while at the same time engaging the idle hands loitering the streets by establishing a link between the people and the councils.

The danger in not thinking faster than the criminals and the potential criminals is that if government suspended mining for too long and the bandits were unable to survive especially, when there were no more cows to tend to, they might resort to other crimes, including sneaking into the neighbouring states to compound the already ugly situations in those places. To ensure this does not happen, government must act and faster than the criminals.

But if the Zamfara crisis must be properly situated – with over 3,000 killed and about 500 villages affected – it is nothing but a clear failure of leadership at the state. And you just might want to ask: what manner of government waits till 3,000 is killed and many rendered homeless before acting?