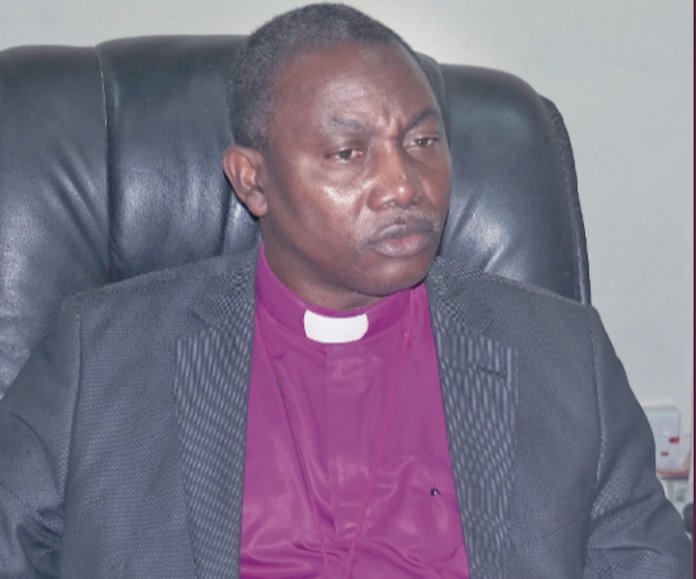 Vice Chancellor, Ajayi Crowther University, Prof. Dapo Asaju has lambasted some rich parents who want their children to be treated as kings and queens in his University, saying any parent whose child cannot obey rules and regulations is free to take his child away.

Prof. Asaju who expressed frustration over the meddlesomeness of some parents in the affairs of the faith-based private university, hinted that some of the students he has to manage “have become drug addicts, prostitutes and cultists, yet some parents will still come and be dictating that they should not be treated like secondary school students “

Prof. Asaju in a post to the Parents’ Forum said, “a student committed sexual immorality and confessed in writing to have had sex with two female students in classroom and was placed on suspension pending trial, yet the parents proceeded to sue the university and posted insult against the university, forgetting that we have rules, and that the two girls also have parents who have been hurt”

“Parents who find it difficult to abide by our rules and regulations are kindly advised to withdraw their children. We are not desperate to keep any student here. We will sanction hemp and drug users, those who bully others and want to behave like cultists and sexual perverts. Those who can’t train their children well will not be allowed to corrupt other children here”, he stated.

Below is the full post: Dear Parents,
It is not likely that I will post any message on your platform after this.
I must express my shock at the behavior of some parents and their messages against the VC and the University in recent times.
It is not common for VCs to exchange words with parents or students over matters of University rules, discipline and morals. I’m not sure you individual parents interacted with your VCs where you studied. My simplicity and availability has been abused and that has to be withdrawn forthwith.

You sent your children to Ajayi Crowther University believing that they will get good education and sound morals. The discipline here is no where near that of some sister Christian Universities which are over subscribed. The developments going on here academically, spiritually and infrastructure-wise has been much improved and works are ongoing to make things better. Students ought to have some endurance and not be spoilt with claims and rights that shouldn’t be fought over.

What happened recently?
• ACU would have resumed for second semester on 25th Feb. Due to the shift in date of elections, we changed resumption to 16th March (more than two weeks) yet many students resumed many days after the deadline! And you want us to tolerate that? Parents who habour students when they ought to be in school are themselves not disciplined. You can’t raise next generation with the same corrupt and indisciplined ethos that has ruined Nigeria. We eventually allowed all late comers in after keeping them waiting outside gate for few hours as punishment for them to learn how to obey rules of punctuality. Parents who disobey rules and set bad examples do not expect red carpet treatment just because they paid fees for their children’s education.

• A student committed sexual immorality and confessed in writing to have had sex with two female students in classroom and was placed on suspension pending trial yet the Parents proceeded to sue the University and post insults against the University, forgetting that we have rules and that the two girls also have parents who have been hurt, and innocent students who might be badly influenced.

• You complain about light, water, etc. We put on generator for students between 6-8am, 10-1pm and 6-10pm daily in addition to when PHCN gives power supply. We spend N3.7m monthly on PHCN bill and buy 20,000 liters of diesel monthly to run ten generators, totaling about 8million Naira per month yet the University does not receive one kobo in subventions from the proprietor, Anglican Church. We forget that even in our homes do we always have light?
• Do you know that the hostels, except one, do not belong to the University and that we remit the rent to the owners who do not maintain the facilities? We spend our own money to carry out repairs in hostels that do not belong to us. In this last semester we have spent about 5 million Naira to repair facilities including providing alternative water system, purchase 185 fans, sockets, toilets, nets, etc.

• You parents decided that we should compel your children to observe daily library hours, which is one reason students are complaining. Be it known that in a three floor library in which we have invested over 30 Million Naira in recent accreditation exercise, you will hardly find five students reading there. They are all busy with their phones: browsing rubbish. They don’t read except a few serious ones who end up with good grades. Many end up in third class. Some hardly attend classes for up to a week yet they turn up for exams and are disallowed. They think that once they paid fees, they are entitled to be passed. Bad homes produce bad students.

• Recently Deans reported that less than 10 students were found in their respective faculties during a period when more than 1,600 students should be in class. Your children are mostly unserious. They want to play around with opposite sex unchecked, they want to go to town to smoke hemp or prostitute. But we gated them and as a result the University is now well rebranded.

• We decided to lock hostels during lecture periods in order to force them to go to class or library. But you parents protested asking for “freedom” that will eventually destroy the moral and academic lives of these children. You same parents who have your children elsewhere obey the more stringent rules at Covenant and Babcock Universities, etc and you want Anglican Church’s University to tolerate trash!

Based on your protest we have after one day’s trial, reopened the hostels at all hours and released your children to choose whether to study or sleep in hostel when they should be in classes. They now have freedom to choose whether to fail or pass. We shall henceforth not treat them, in your words, like “Secondary school students”. Some of you will bear the consequences of your indiscretion. But we will not allow anyone teach us how to run our system.

• Parents who find it difficult to abide by our rules and regulations are kindly advised to withdraw their children. We are not desperate to keep any student here. We will sanction hemp and drug users, those who bully others and want to behave like cultists and sexual perverts. Those who can’t train their children well will not be allowed to corrupt other children here.

• May I advise that no parent should call me on phone on any matter concerning students henceforth. The Dean of students will attend to the public on complaints.
I wish you all the best and may you and your children do that which is right in the sight of God and for the future good of the coming generations. Amen.
––Rt. Rev. Prof. Dapo Asaju, Vice-Chancellor, Ajayi Crowther University