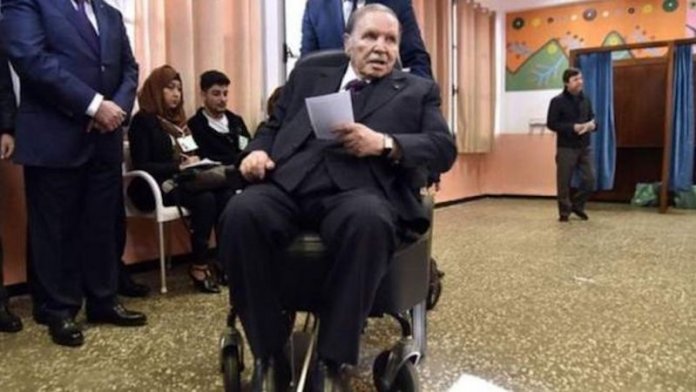 After 20 years, Algeria’s leader Abdelaziz Bouteflika has left the old boys Africa leaders club. It is indicative that African leaders never want to leave positions; they have a dogmatic understanding of leadership.

They think it is a family stool and power is a clan totem.This is a sad reality that pervades the continent of Africa. Recently a lot of these leaders have left due to uprisings like the Arab Spring that sent Ben Ali of Tunisia away, or the soldiers uprising that sent Robert Mugabe away. After Bouteflika’s departure, equally propelled by the military, the old boys club would narrow to two prominent leaders – President Nguema of Equatorial Guinea and the Uganda’s Museveni. Recently Bobi Wine has been trying to free Uganda, but it has been a tall order.

He had said he would die in power. It is shocking we are still waiting for the real people’s revolution in Africa.All we have seen is the military revolution and it is shocking a group of less than 10% of the population controls the nation.In Algeria the people’s protest didn’t move Bouteflika, it was when the military chief Ahmed Gaid Salah and head of the pouvoir – meaning power in French – called for his resignation that he complied.The military in Algeria had used him and they were tired; he was frail and had suffered a stroke.I predict that as long as militarism exists Algeria can’t be free.

The best is to give little concessions to the people. In Nigeria it’s the same. Since the military broke the democratic cycle with the first coup, they have been there; they want to keep power.In effect “power is sweet”. Like Godfrey Binaisa, former President of Uganda after idi Amin affirmed, the “seat is sweet”.Despite the sweetness of power, it can’t be as sweet as the better condition of living for the people.This has always eluded Africans and continues to elude Africans unless we change it. So my message to the people of Algeria is to seek true freedom and true power belongs to the people.