The All Progressives Congress (APC) in Kogi State has won all the 25 state assembly seats in a historic landslide victory over any opposition in the state political history.

Although the party on March 9, during the gubernatorial and state assembly elections, cleared all the major seats in the state assembly, it had to wait for the rescheduled elections in Lokoja I, Omala and Igalamela/Odolu constituencies where elections were initially declared inconclusive to affirm its winning streak.

After the conduct of the election and collation of results in the affected units last Saturday, the APC has officially won in all the state constituencies, leaving no room for any opposition party in the state assembly.

In Kogi East, the APC, aside winning the senatorial and three House of Representatives seats, the party also won the 11 state constituencies including Ankpa I and II, Bassa, Dekina I and II (Biraidu), Ibaji, Idah, Iagalamela-Odolu, Ofu, Omala and Olamaboro.

Accordig to the party, such feat has never been recorded in Kogi East senatorial district in the history of the state.

Also, in Kogi Central senatorial district, the party also won the Senate as well as all its House of Representatives seats.

Speaking on the party’s successful outing in the recently held polls in the state, the Chief of Staff to the state governor, who also doubled as the Director-General of APC Campaign Council in the state, Hon. Edward Onoja, listed seven key factors responsible for the party’s unprecedented victory in the state.

One of the factors, according to Onoja, was the non-imposition of candidates by the party.

He said all the candidates on the platform of the APC in the state were not imposed or given bribes for endorsement, adding that they went through the primaries and came out as the party standard bearers.

Onoja said another critical factor that contributed to the APC winning streak in the state was the quick resolution of pockets of disputes that came up after the primaries were conducted.

According to him, “Those who did not make it at the primaries were quickly engaged in sincere dialogue with the party leadership and they shelved their ambitions; joined the winners of the primaries and worked collectively for the success of the party. This is the principle that everybody is important within the
party.”

He said effective communication between the leadership of the party from top to the bottom was also critical to the party’s success in the last elections, adding: “In the state, governance and politicking had an unbroken chain of network from the very top to the unit level where the actions of winning or losing elections takes place.

“We put in place effective networking in a very transparent manner. When the leader of the party gives directive, it goes down to the least unit within the party, no one was left behind in the scheme of things.”

The Chief of Staff said the party executives were made up of competent party faithful with proven integrity.

“The exco of our party in the state is made up of people with proven integrity and capacity that emerged through transparent party congress. So, there are people with commitment and determination to drive electioneering that has resulted in our victory today.”

The last and most important reason that earned the APC a landslide victory in the state, according to the DG of the Campaign Council, was effective leadership that the state government under Governor Yahaya Bello is providing for the people. 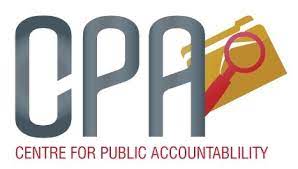