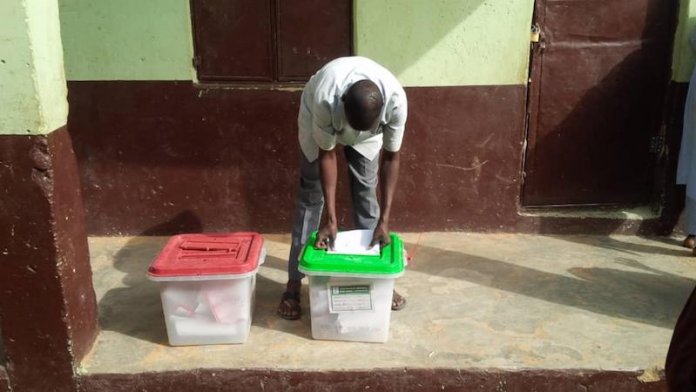 The ongoing Governorship and State House of Assembly supplementary elections in most polling units in Local Government Areas (LGA’s) across Benue has been characterised by low turnout of voters, the News Agency of Nigeria (NAN) reports.

NAN correspondents, who monitored the polls on Saturday in Makurdi, Gwer, Otukpo local government areas, report that the turnout was poor compared to the Presidential and National Assembly polls in the state.

In some polling units, there were no queues as those who came to vote were promptly attended to by polling unit officials.

NAN reports that normal commercial activities were ongoing at Taraku and Aliade in Gwer East LGA, where the supplementary poll was ongoing in Mbalom council ward.

In Otukpo town, the general mood did not reflect the conduct of any election in the place.

The Otukpo motor park was as usual beehive of activities while motorcycle operators were busy conveying passengers to their destinations.

Shops and other businesses were also conducting their normal routine business activities.

Some of the voters blamed the low turnout on what they termed ” politicians’ deceitful ways”.(NAN)