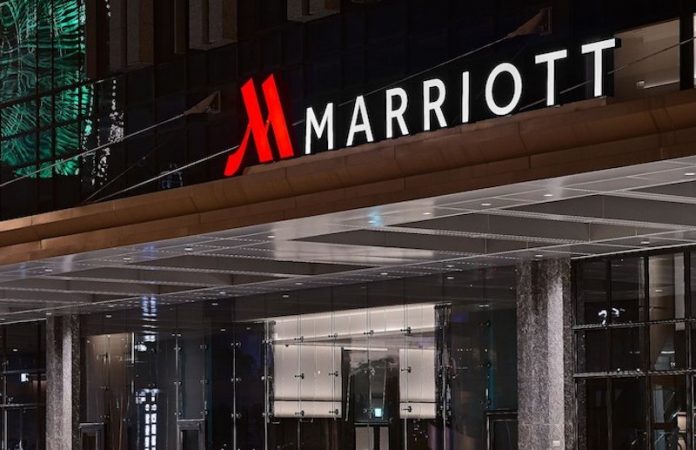 Marriott International has announced the opening of Four Points by Sheraton Setif in Algeria, in partnership with Prombati SPA owned by Mr. Rachid Khenfri.

With 191 rooms the hotel is conveniently situated in the centre of the city, providing easy access to Setif’s new tram line and Setif International Airport just 20 minutes’ drive away. The modern hotel towers high above the city and is situated in one of the most desirable areas in Setif which is steeped in history and surrounded by national landmarks dating back to the Berber Kingdom and the Roman Empire.

“Four Points by Sheraton Setif is Marriott International’s ninth property in Algeria and a great addition to our rapidly growing portfolio in North Africa. Situated in a prime area in the city centre the hotel offers the brand’s renowned comfortable hospitality experience that meets the needs of today’s modern traveler,” President and Managing Director, Middle East and Africa, Marriott International,” Alex Kyriakidis said.

Four Points by Sheraton Setif features 191 contemporary and spacious rooms boasting spectacular views of the city, including 13 suites and inter-connecting rooms designed to suit the needs of families and large groups staying for an extended duration. The hotel offers the brand’s defining touches including complimentary bottled water in all rooms, fast and free Wi-Fi throughout the hotel, and an energizing breakfast with fresh coffee that helps guests start the day right.

Abundant showers in most of Ivory Coast’s cocoa regions last week augured well for the April-to-September mid-crop, farmers said on Monday, despite concerns over below-average rainfall in the centre of the country. Ivory Coast, the world’s top cocoa producer, is entering the rainy season, which runs from mid-March to late October.

Farmers in the bush said harvests would pick up next month, and beans were already larger than this time last season. They also said the current mix of flowers, small pods and cherelles promised a long mid-crop if rainfall remained constant.
In the western region of Soubre, at the heart of the cocoa belt, farmers said moisture would help keep the mid-crop healthy.
“The rain has been abundant for now. If it continues over the next two weeks, we will be rubbing our hands,” said Salame Kone, who farms near Soubre.

Data collected by Reuters showed rainfall in Soubre, including the regions of Sassandra and San Pedro, totalled 23 millimetres (mm) last week, 9.4 mm above the five-year average.
Above-average rainfall was also reported in the southern regions of Agboville and Divo, and in the eastern region of Abengourou, where farmers were optimistic about the mid-crop.
But in the centre-western region of Daloa, which produces a quarter of national output, farmers reported a lack of rainfall and high temperatures.

Sovereign Trust Insurance Plc has said it is set to host the seventh edition of its annual Open Golf Tournament.
The company said this year’s edition of the tournament would hold at Ibadan, Oyo State.
The event is scheduled to hold from March 22 – 24, 2019.

The 3-day tournament is expected to bring together some of the country’s top golfers from different Golf Clubs in the country both at the amateur and professional levels in the male and female categories to be competed for.

He said he was optimistic that this year’s tournament would be far thrilling and exciting than the last edition.
He enjoined all golf enthusiasts across the country to make the ancient city the converging point during the 3-day tournament.

According to him, “Sovereign Trust Insurance Plc has consistently been leading the pack amongst insurance companies in the country in promoting sporting activities at all levels,” as he urged more participation from other corporate organisations in advancing the game of golf and other sports in order to further enhance the human capacity in the burgeoning sports industry in the country.
He stated that the intervention of Sovereign Trust Insurance Plc in sports development in Nigeria cannot be undermined in any regard.