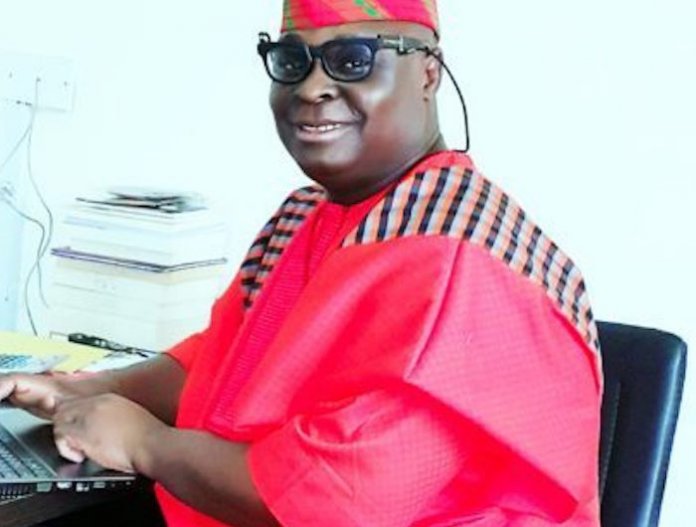 Rave of the moment in the fashion scene, Bashy Kuti was in high spirits on Tuesday as he celebrated another year on planet earth. The Ibadan-based designer has a huge clientele base that transcends his native state with patrons spread all over the country. His distinctive style and deep knowledge of fabrics have netted him an exclusive selection of high net worth individuals.

His fame might have climbed beyond the clouds but the BKK Ultimo boss remains grounded. Not for him the high octane shindigs and ostentatious display of wealth on special occasions. Despite making a huge splash on the fashion scene since he rebranded two years ago, Bashy resisted the temptation to throw a huge party on his birthday to prove that he has “arrived”.

Instead, he used his special day to show love and care to the less privileged, the dregs of society on whose welfare surplus wealth is best lavished. He visited some orphanages in and around his Ibadan base and treated the excited kids to gifts of cash and assorted provisions. His generous gesture was borne out of his belief that the best way to celebrate oneself is to impact others.

A veteran of close to two decades on the scene, Bashy never fell out of love with fashion even when it seemed as if the whole world was arrayed. Even as he struggled to carve a niche for himself in the early years, he kept going and it was not long before his unique and hardly replicable designs earned him household-name status.

Feted and much admired in the corridors of power, Bashy’s Sai Baba style is just one of the creative offerings that have earned him cult status among style aficionados. He is highly sought after by connoisseurs of fashion and has also become a big fixture on the Ibadan social scene. He is the clothier who is a frequent guest of the clothed.