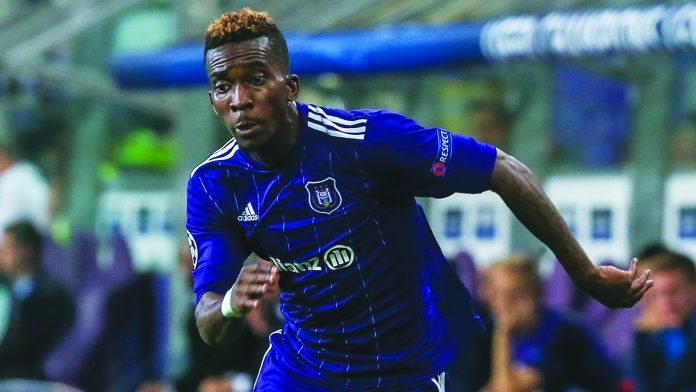 With interest said to be worth £20m from Paris-Saint Germaine and AS Monaco of France, parent club, Everton have not lost sight of Henry Onyekuru

Galatasaray of Turkey striker, Henry Onyekuru is bound to have a huge decision on his hands this summer, as he is said to have gained interest worth £20m from Paris-Saint Germaine and AS Monaco of France, while several other clubs are also said to be lurking around the corner.

However, his parent club, Everton are not losing sight of the Nigerian international.

Galatasaray are bound to lose Onyekuru to a whiff of cash, but his parent club, Everton could also now end up failing to keep him as well.

This is sequel to frenetic interest in Onyekuru from PSG and Monaco, whose French Ligue 1 rivals, Olympique Marseille are also keen on the striker, along with Borussia Dortmund of Germany, AS Napoli of Italy and Sevilla of Spain.

It means Everton will be left with a huge decision to make, as their scouts have been issuing glowing reports on Onyekuru’s progress at Gala back to The Toffees’ boss, Marco Silva.

However, PSG are said to be upfront, as the Paris giants have been long-term admirers and they are ready to offer Everton a £20m deal, but they are not the only side interested in the ex-KAS Eupen of Belgium star.

The 21-year-old was signed by The Toffees 18-months ago from Eupen, but he has never played for the Goodison Park, Merseysdie-based English Premier League club due to work-permit issues.

Everton are however hopeful Onyekuru will be able to obtain a work permit this summer after joining the Blues in June 2017 from little known Belgium outfit KAS Eupen in a deal worth over £7m – but has yet to play for the Blues.

Onyekuru hit 22 goals and registered nine assists during the 2016-17 campaign to finish as joint top scorer in Belgium’s top flight and spark a race for his signature.

Everton fended off the interest of clubs including Arsenal and Celtic, but have not been able to play him due to eligibility issues.

But the Blues are growing increasingly hopeful they will have a robust case to present to the Football Association in order to get the green light to use a player who would have been on the books at Goodison for over two years by the start of next season.

The 21-year-old, a graduate of the Qatar-based Aspire Academy, was immediately sent on loan to Anderlecht after joining Everton in the hope that a campaign of Champions League football, and in a World Cup year, would improve his chances of being able to play in the Premier League.

Everton agreed on a two-year deal with the Belgian club but had the ability to recall him after one season, yet a promising start was cut short by a knee injury – which required surgery and then rehab at Finch Farm – and, then, a broken relationship with Anderlecht boss Hein Vanhaezebrouck.

Onyekuru only played once more that season after suffering medial ligament damage and accused Vanhaezebrouck of not selecting him on purpose, thus ruining his chances of playing for Nigeria in Russia and, therefore, his hopes of getting a work permit to launch his career at Goodison.

A second season on loan was essential for Onyekuru but with the player having no intention of returning to Brussels a deal was struck with Galatasaray to take him for the 2018-19 term.

Everton’s director of football Marcel Brands has yet to watch Onyekuru in the flesh but members of his new-look scouting team have done so.

And in total, the Blues’ transfer chief and his recruitment department have cast their eyes over the young forward live on television 12 times this season.

Everton Manager, Marco Silva too, has been keeping tabs on Onyekuru and has watched a number of his performances on TV although the young forward was not part of the squad that returned to Finch Farm last summer for pre-season training with the Portuguese coach.

“Yes, we are doing our work and are aware of everything he is doing,” Silva said.

“It is the same with all of our loan players and at the end of the season we will take a decision. We are following him like we are all the loan players and, as you know, we have a big number of loan players and we have to do that work and take the right decisions for us.”

It remains unclear if Onyekuru, will feature in Silva’s plans over the long-term but after scoring 19 goals in 56 appearances for Anderlecht and, so far, at Galatasary he is sure to be given a chance to impress.

Everton, who are understood to have pocketed a £1m loan fee from the Turkish club, will also be mindful that they could make a tidy profit on the player should they choose to sell.

Speaking with the Turkish media last week, the Nigerian international hinted he would like to remain at the club if his Premier League “dream” cannot happen.

Everton, however, are growing hopeful that Onyekuru can meet the complicated work permit criteria based on playing in the Champions League and Europa League for the Turkish giants as well as his national team.

Onyekuru, who turns 22 in early June, has made seven appearances for his country and featured in all four of the Africa Cup of Nations qualifiers that have taken place this year.

An injury put paid to his hopes of playing in the other eight internationals in 2018, including the three group games Nigeria played in at the World Cup in Russia, but the Africa Cup of Nations in Egypt in June is another chance for him to strengthen his work permit claims.