One of the paradoxes of the current fixation with partisan political debates and controversies is the tendency to lose sight of some sublime and era-defining achievements, taking place across the length and breadth of Nigeria. Time and again, ‘ordinary’ people, led by men and women, with uncommon vision, are busy doing great things that not only impact on the present but hold the key to unlocking the future greatness of the societies in which they live. These leaders are the dreamers. To them, once placed in a position of responsibility, they push beyond the limits, exploring new horizons that will lead to greater heights of achievement.

Within a governmental setting, especially the military, such leaders endeavour to stay away from public controversies. When they are seen, it is for the right professional or career reasons; if they are involved in any controversy, it has to do strictly with their official duties. They are usually the pace-setters who create paradigm-shifting initiatives; they are the record breakers who create something out of nothing.

I make bold to say that, in Nigeria, one such person is the present Chief of the Air Staff, Air Marshal Sadique Baba Abubakar. For effect, my assessment is not based on hearsay or things I picked up from the media. Rather, it is an honest portrayal of my observations based on a period of close interaction with the Service during which I saw, first hand, some of the proud achievements of the Muhammadu Buhari Administration, through the research and development activities of the Nigerian Air Force.

From my intimate observations, I am convinced, without equivocation, that chroniclers of Nigeria’s history will remember Air Marshal Abubakar, as one of the greatest revelations of the Muhammadu Buhari administration. This has nothing to do with his physical appearance as it is very easy, to pick him out in a crowd. Nor has it to do with his flawless and enchanting delivery on national television, as he marshals the various activities of the Service, under his command. Nor would it be said that he just dropped from the moon. No. He was always part of the Air Force. Like other officers, he was busy, quietly playing crucial roles in the nation’s security architecture.

But that anonymity was broken by the call of duty. Perceptive students of leadership models would have noticed his unique disposition once he released his vision statement, upon his appointment as Chief of the Air Staff, by President Buhari, in July 2015. The statement read: “To reposition the Nigerian Air Force into a highly professional and disciplined force through capacity building initiatives for effective, efficient and timely employment of air power in response to Nigeria’s national security imperatives.”

He realised that to achieve his high-minded vision would require a comprehensive package based on doing everything right: the right manpower in, quantity and quality; the right capacity building initiatives that placed training on an unprecedented pedestal; the right motivational environment by making welfare of Service personnel and their families a first charge item; the right equipment in terms of the right aircraft and ancillary support for aircraft maintenance. It is to his credit that the NAF has reactivated 13 aircraft, with the reactivation of another six soon to be completed; three helicopters – one EC-135, one Mi-35P and a Dauphin – as well as three L-39ZA tactical trainer aircraft.

As anyone who takes more than a passing interest in these matters will discover, the reactivation of aircraft did not just happen in a vacuum. Rather, it is the result of a deliberate emphasis on and painstaking commitment to, research and development (R&D) whereby NAF personnel have not been simply challenged to put their training to practical effect; they now do their work within an operational milieu that recognizes them as critical stakeholders in national development. In pursuit of his paradigm of local maintenance of the NAF equipment, the CAS Abubakar has inspired the men and women, under him, to greater heights of patriotism and achievement. In the process, he has also initiated the biggest civil-military collaboration in R&D, in the annals of Nigeria’s history.

Nigerians will be delighted to realize that, since 2015, the Nigerian Air Force reactivated most of the, hitherto, unserviceable aircraft in its fleet, with the active collaboration of Nigerian universities. This collaboration has far-reaching consequences for national development and captures the very essence of the Muhammadu Buhari doctrine of looking inwards, in finding solutions to the nation’s problems. The most profound benefits include indigenous capacity building (within the NAF and the universities) and cost saving that runs into millions of dollars. Yet, nothing compares with the importance of this collaboration for national security as, reactivating the platforms, has contributed greatly towards the successes recorded in the fight against the Boko Haram insurgency, since the advent of the present administration in 2015.

To this, it is important to acknowledge that, in a very important sense, these achievements are the direct result of the unambiguous policy thrust, passion and support of President Buhari himself who, from the very beginning, made the counter-insurgency campaign, a cardinal programme of his administration. There could not be any greater evidence of this than the fact that, in less than four years, the Federal Government has acquired 18 new platforms (aircraft) to boost training and the combat readiness of the NAF. These are 12 Super Mushshak trainer aircraft, four Mi-35M helicopter gunships, two Agusta 101 helicopters (handed over from the Presidential Air Fleet in virtually new condition) as well as two Bell 412 helicopters, which have been retrofitted to perform light combat functions. This number is aside the additional 22 aircraft that have been ordered by the federal government, which include 12 Super Tucano attack aircraft, an additional Mi-35M helicopter gunship as well as five other helicopters – 4 A109P light attack helicopters and A139W utility helicopter – expected to be delivered from Italy. Others are three JF-17 Thunder Multi-role fighter aircraft and a special mission aircraft recently ordered to enhance surveillance of Nigeria’s maritime environment.

Consequently, before the end of the eight years of the Buhari administration, it is expected that an unprecedented 40 brand new aircraft would have been added to the inventory of the Nigerian Air Force. As a matter of fact, this is a record, as this is the first time such number of aircraft would be acquired since the Shagari administration in the early 80s. Aside from this, the Nigerian National Petroleum Corporation (NNPC) also handed over three EC-135 and two Dauphin helicopters to the Service, while the Nigeria Immigration Service ceded its erstwhile unserviceable Dornier DO-228 light transport aircraft to the NAF.

What should not be lost is the fact that, whereas Air Marshal Abubakar’s record portrays him as a highly patriotic and disciplined officer, his emotional commitment to the Buhari doctrine explains, to a large extent, the fact that the Nigerian Air Force has been a strong factor in the successes recorded by the administration.

When Air Marshal SB Abubakar’s career runs its full course, he will be leaving fulfilled that, during his era as the Chief of Air Staff, and inspired by the leadership of President Buhari, the Nigerian Air Force was able to record some very significant firsts. Top on the list of these “firsts” is in the area of diversity management, of gender inclusion which has seen the production of the first female fighter pilot in Nigeria. What this means is that Nigerians will no longer see female fighter pilots in Egypt or Israel as foreign fantasies: they are here with us, flesh and blood, the product of courage. Flying Officer Omolara Kafayat Sanni, who was the best in her student’s pilot course in Nigeria, is presently undergoing training in the United States.

The second “first” is also in the area of gender inclusion. Under the Buhari administration and coinciding with the CAS Abubakar leadership, the NAF is on the verge of producing its first female helicopter pilot in the person of Flying Officer Oluwadamilola Oke who is presently undergoing training in South Africa.

The third “first” is very significant because for the first time, in several decades, the aircraft serviceability status of “operable aircraft” has reached in the proportion of 78-82 per cent. This is an unmistakable evidence of the success of the current administration’s insistence on efficient management of resources at our disposal, not only to save costs but to keep the country’s Services in a state of combat readiness.

The fourth “first” was recorded in the area of doctrinal changes by the development of the NAF Special Forces capability, comparable to similar forces in other countries. These Special Forces and units have been instrumental in the timely and effective degradation of criminal gangs and protection of NAF bases and resources thereby guarding against embarrassing attacks, on NAF facilities, as was the case at Maiduguri in December 2013.

Sixth, for the first time, the NAF has achieved multiple in-country periodic depot maintenance of three of its platforms-the C130H, the Alpha Jet and the L-39 aircraft, in three different locations in the country. For Air Marshal Abubakar, the inspiration for this comes from the desire first, to save cost but much more importantly, to scale up the proficiency levels of the NAF engineers and technicians by boosting their capacity to undertake these kinds of maintenance.

While this may not be a first, it is instructive that the NAF Weapons Meet of 2018 was the first time it was holding after over 30 years!

But definitely, there is no questioning whether the NAF International Air Power Seminar of 2018 was the first in the annals of Nigeria. It was. It attracted to Nigeria, the leadership of the Air Forces of other countries and provided a rich opportunity for cross-country sharing of global trends and best practices.

Finally, and this has been broached earlier; the unprecedented leap in research and development will stand out, for all times, as the signature achievement of the Air Marshal Abubakar era and an undeniable contribution to both the security architecture and sustainable development of Nigeria. It is a monumental project, spanning space and peoples of all interests and specializations; creating employment, nurturing skills and competences, enhancing combat readiness and generally placing our economy on stronger footing.

Setting aside politics, eschewing the occasional natural instinct for mischief and pettiness, it is my belief, that in our sober moments, the high-minded firsts recorded by the Nigerian Air Force, under the leadership of Air Marshal Sadique Baba Abubakar, will be seen as emblematic of President Buhari’s enduring legacy in Nigeria’s national security objectives. 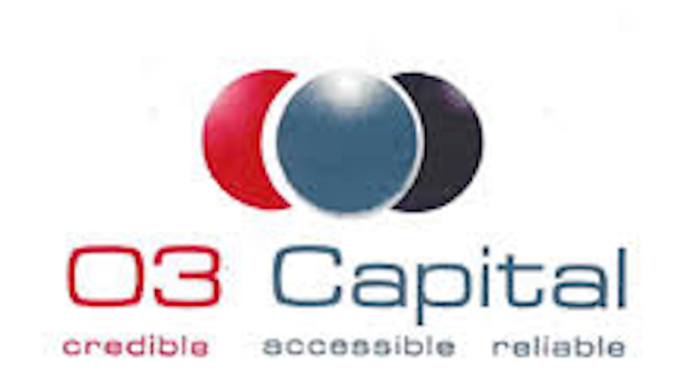