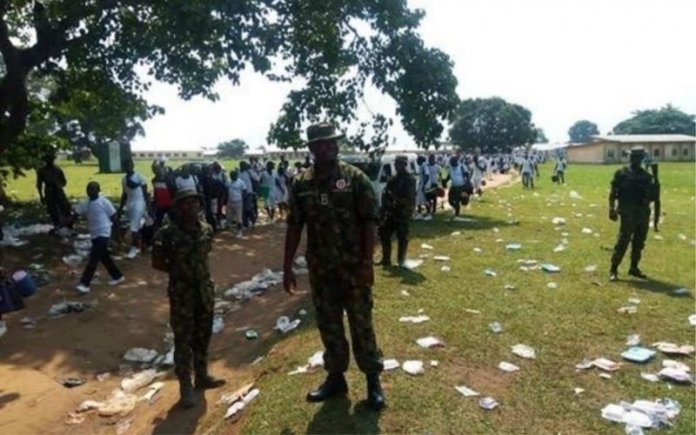 One person has been reported killed in Akinima, Ahoada West Local Government Area of Rivers State.

The victim, Micheal Abedinigo, who hails from Upatabo Community, was said to have been shot by thugs while resisting attempts to snatch electoral materials.

The police are yet to confirm the incident.

Meanwhile, elections in Rivers State have been relatively peaceful, especially in Abonnema in Akuku-Toru Local Government Area as well as in Bonny and Okrika areas where large scale violence led to the suspension of elections during the Presidential and National Assembly election.

There are however reports of selective arrests of some politicians by the army in some areas.