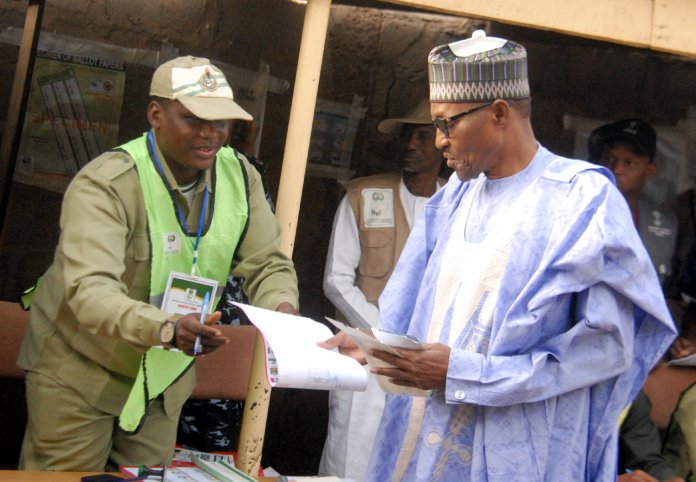 President Muhammadu Buhari, the presidential candidate of the All Progressives Congress (APC), has won in the polling unit of Sen. Godswill Akpabio in Akwa Ibom.

In the senatorial election result, Akpabio won in the unit with 1533 votes while the PDP senatorial candidate, Chris Ekpenyong got 4 votes.

Speaking after the declaration of the result, Akpabio commended INEC and security agencies for conducting a peaceful election in the state.

He blamed the PDP for election rigging in the state, saying that was why 400 thugs were recently arrested by security operatives.

Akpabio said PDP was now jittery knowing that security operatives had risen to their responsibility, saying three trucks of thugs imported to the state were apprehended.

“When I was a governor I gave respect to the people. I did not use thugs. I am a lawmaker and will never allow myself in anything that will disrupt Buhari’s administration.

“I am pleading that elections should not be war as we are peaceful in this unit,” he said. (NAN)