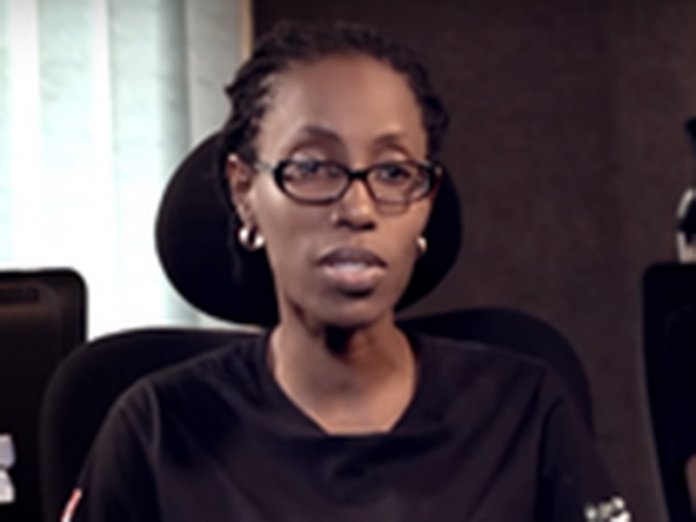 Prof Mahmood Yakubu should not resign nor be removed. He has to deliver free, fair and credible elections to Nigerians as his way of compensating us for the disappointment and pain caused. The support he has received from his colleagues in the ECOWAS Network of Electoral Commissions (ECONEC) should provide a much needed confidence boost in the days ahead. When the dust is settled, it is of utmost urgency that we stop playing games with electoral reform if we do not want a repeat of this in 2023.

There were a few tweets about a possible postponement. The last two general elections had been postponed so it would not have been out of the ordinary. However, the INEC Chairman and assured and reassured Nigerians that the elections would not be postponed. Election dates were announced over a year ago; the Commission had all the money it requested and it met regularly with stakeholders. At no point did the Chairman tell Nigerians there were challenges that were out of its control; but there were challenges and Nigerians were kept in the dark.

Yes, Nigeria’s general elections are a logistical challenge, but this can not be news! 84 million registered voters; 120,000 polling units; 1 million ad-hoc staff; over 400 million ballot papers across 36 states and a federal capital territory covering almost 1 million sqm terrain of land and water with motor-able and non motor-able roads can not be easy. Nevertheless, the Commission had registered citizens under the same conditions, and conducted 2 general elections in the last 8 years so the challenges should have been embedded in the planning. The logistical challenge of flying from Lagos to Abuja to arrive on time for a meeting on the day all the airlines decide to be erratic is well known to anyone who uses our airports. Therefore, INEC can NOT feign ignorance of the “sheer logistics” of conducting an election across our country with a record 91 political parties and deep suspicions of each other and government institutions.

Furthermore, February is harmattan and Abuja’s skies are notoriously bad. Elections were postponed by 6 weeks in 2015 so the Commission didn’t have to deal with weather issues. Again, this should have been factored into the logistics. There should have been the plan; the back up to the plan; the back up to the back up plan and for good measure, another back up plan! While the Chairman included bad weather as one of the reasons that caused the postponement, the Minister of State for Transportation and the Nigerian Airspace Management Agency (NAMA) did not agree that bad weather disrupted any flights.

In announcing the postponement, the INEC Chairman said, “Following a careful review of the implementation of its logistics and operational plan, and the determination to conduct free, fair, and credible elections, the commission came to the conclusion that proceeding with the elections as scheduled is no longer feasible”.

INEC can NOT wait till 6 hours or even 48 hours before polls to tell the world that it’s not ready. It’s Go/No Go time MUST be at least 1 week before polls to minimize cost and heartache. That the Chairman thought it was ok to tell the world that the Commission didn’t know till the night before that it could not start elections at 8am boggles the mind. In hindsight, that the media, domestic and foreign observers nor civil society organisations did not pick up the challenges of the Commission shows the heavy price we have paid for trusting the Commission enough to take its assurances at face value. As Ayisha Osori suggested, “We need strict protocols that allows for outside readiness assessment at least 2 weeks before elections and if INEC is not, the trigger for postponement happens. Our experience means we cannot rely on INEC’s self assessment of preparedness. It’s costing us too much.”

By Wednesday, February 13th, it is said that some staff of the Commission knew that elections on Saturday could not happen simply based on their previous experiences. Materials were not at their designated locations but the Commission was still telling the world it was ready. By Friday evening when the Commission convened an emergency meeting, between the staff at the airport and those who could read the signs, the suspicions of a delayed election were more or less confirmed, and this paper, went to press with the news.

Who is to Blame?

In the Chairman’s remarks at the Stakeholders meeting held on Saturday afternoon after the elections were postponed, the Commission took full responsibility for the postponement, reassuring the world that there was no political interference. In his words, “As Chairman of INEC, and on behalf of the Commission, we take full responsibility for what happened and we regret any inconvenience our decision might have caused.”

However, this is not good enough. The Commission should not be allowed to hide under taking collective responsibility. While the buck stops at the Chairman’s table, he is first amongst 12 other National Commissioners and there are 36 State Resident Electoral Commissioners (RECs), in addition to the civil service staff of the Commission. Who knew what; when and why was no action taken until almost 6 hours to the opening of polls?

In October 2018, the Commission had issued a press release informing the public of a reshuffle within the Commission. Amina Zakari had been moved from Electoral Operations & Logistics to Health & Welfare. Okey Ibeanu was made head of the Electoral Operations & Logistics Committee. In January 2019 at a public event, two ad-hoc committees were inaugurated, one of which is the 17-member Electoral Logistics Ad-Hoc Committee headed by retired Air Vice Marshall Ahmed Mu’azu. The Committee was split from the standing Committee to reduce the volume of work. It had two other National Commissioners, Directors of the Commission and representatives from some government agencies which include the Central Bank of Nigeria (CBN), Federal Airports Authority of Nigeria (FAAN), Immigration Service, and the Nigeria Police. A full investigation into what went wrong is expected after the elections.

In 2011 when Prof Attahiru Jega postponed the elections mid-stream, he said, “I apologise to Nigerians, it is a major lapse, the late arrival of result sheets. I take responsibility that this has happened. We take responsibility. Under normal circumstances, this shouldn’t have happened.’’

Fast forward 2019, the statement announcing the postponement in the early hours of Saturday morning did not have an apology. In his remarks to stakeholders, the Chairman enumerated the pains and challenges of INEC, including the recent fires with little consideration of the pains of Nigerians at home and abroad. He chose to use the formal, “we regret any inconvenience caused.” When he was told during the engagement session that he had not apologized to Nigerians, he referred us to that line in his remarks. The reminder should have indicated that it was not considered an apology. Some political parties asked who will reimburse the costs they incur.

Citizens are asking a similar question and an organization is instituting a class action lawsuit against the Commission. All Nigerians lost money as it is our collective resources that INEC spends. Domestic and international observers had deployed teams across the country. Media platforms had deployed reporters. For the weddings and other social events disrupted; travel expenses incurred; those who flew in from outside the country to vote and commercial losses, not to talk of the emotional distress, Prof Mahmood Yakubu and the Commission owe Nigerians a simple apology, not a catch-all phrase.

The Commission’s response to the challenges citizens experienced picking up their permanent voter’s cards (PVCs) should have been an indication not only of the level of preparedness but also the Commission’s disposition to being considerate of Nigerians. The Commission consistently focused on the people that had not picked up their PVCs rather than the ones who wanted to vote but were told to come back after the elections as their cards were not ready. Of great concern are the accusations against the staff of the Commission of hoarding PVCs – as seen in the recent arrest in Abia – or selectively giving out cards based on ethnicity as a means of voter suppression. These allegations must be investigated.

In the crisis of postponing the elections, INEC’s ad-hoc staff were left in limbo and we will not forget in a hurry pictures of youth corpers sleeping in an open field. Nigeria is a very challenging place to be a young person and the Commission should make deliberate overtures towards the youth corpers to renew their hope that Nigeria is worth serving.

Lastly, it took the Commission over 48 hours to respond to the call by civil society organizations and political parties that it had misread Section 99 of the Electoral Act which states the period of campaigning as ending 24 hours before election day.

We will go to the polls on Saturday, February 23rd and Saturday, March 9th. INEC, please make us proud.