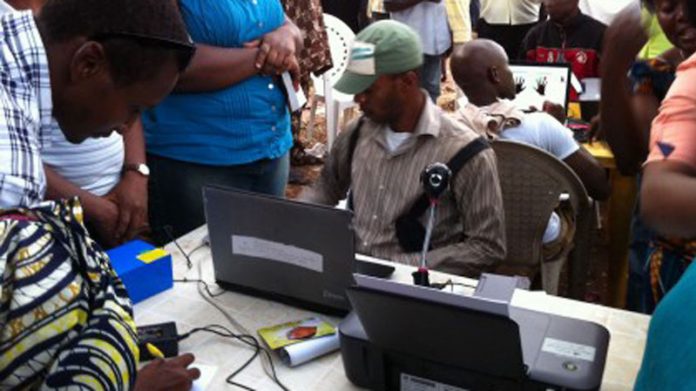 The Catholic Archbishop of Benin Metropolitan See, and President, Catholic Bishops Conference of Nigeria (CBCN), His Grace, Most Reverend Augustine Obiora Akubueze, has admonished Christians to avoid being used as agents of rigging, destabilisation, and violence in the forthcoming elections.

The clergy urged Christians to go out and exercise their franchise without fear of intimidation and harassment.

He also advised parents to counsel their children and wards to avoid any act that would lead them to become thugs of any politician or political party.

The archbishop gave the advice in Benin City, capital of Edo State at the inauguration and dedication of the St. Augustine Catholic Church.

In a homily, he told Christians to always spread the gospel of Jesus Christ to people of all nations as instructed in the Holy Bible.

Archbishop Akubueze, noted that Christians must learn to be together in the house of God, saying that “when Christians gather together in one Church, the barrier created by society and tribes are broken down”.

According to him, the house of God is a place to worship and pray and not a place to trade.

The Alter, he stated is a place of sacrifice and should  be treated  as a holy place where only sacramental objects of worship are allowed.

“We must therefore treat the church of Christ, and the Altar with respect. And as you do so, may the Church be an avenue for you and your family  to have spiritual comfort. May this building being dedicated to you be a house of salvation and praise,” he added.

In his vote of thanks, the Chairman, St. Augustine Church Dedication Committee, Dr. Jackson Gaius-Obaseki, said the journey towards the inauguration of the church was a tortuous one, and thanked God that at the end of what was thought to be an endless venture, the Archbishop came to dedicate  the church.

He also thanked God for those who helped the parish through their generosity, to complete the project.

His words: “The journey is tortuous. But today, we have the Archbishop dedicating the church. We owe a lot of thanks to those who through their generosity piloted us to this very achievement.

“His Grace, no matter how many persons, we owe you a lot of thanks. For your kindness, inspiration and most of all, as the highest single donor to this church project.

“We cannot also forget all those who helped us get to where we are today. We have through the generosity of Oba Akenzua II, Oba of Benin of blessed memory, who gave out the land, and Emeritus Archbishop, Anthony Ekpu, who urged us as we progressed and saw the need to erect a modern church building after 23 years of the old church.

High point of the ceremony was the offering of thanksgiving by parishioners who came in their numbers to thank God for His mercies and grace bestowed on them to build a new ultramodern house of worship.

The parishioners also went into wild jubilation when the Governor of Edo State, Mr. Godwin Obaseki, through his Chief of Staff, Mr. Taiwo Akerele, announced the delivery of a tarred road leading to the church by end of March this year.