“Why do you seemingly disappear after every election only to reappear just at the tail end of campaign primaries?” is one common poser often put across to Mr. Olujimi Kolawole Agbaje, the candidate of the Peoples’ Democratic Party (PDP) in Lagos as he goes around conducting his business in that capacity.

People on the streets, campaign attendees, well-wishers and others not so inclined are wont to ask this particular question every time they meet him or are in proximity to his campaign materials. The question is obviously a mask for the subconsciously non-verbalised poser: “are you serious about your gubernatorial ambition?”

In many ways, silence could arise due to fears of reprisals if they speak up. Some are just born that way to be quiet about just everything even at great personal cost. Mr. Olujimi Kolawole Agbaje has not been quiet after every election he participated in due to these reasons. He first contested for the gubernatorial seat in 2007 with the Democratic Peoples’ Party (DPA). Prior to that election, he was offered lush incentives to contest under the banner of another more popular party. The party had a better chance at winning the election. It would also mean virtually no financial burden on him as the party was ready to bear his campaign costs. But, as the Americans say, “there is no free lunch anywhere.” This support came with “iron-strings” attached. The sort that would render him powerless in office as he would be micro-managed every step of the way. It is the sort of support that translates to Mr. Olujimi Kolawole Agbaje heavily filling the pockets of this “supporter” with huge sums of money monthly. Rippling out, this development is a sure way to hampering his development plans for Lagos. Mr. Olujimi Kolawole Agbaje pondered the development carefully. Finally, he decided to refuse the offer.

His rejection led to his exit from this group to forge his own career path with DPA. In doing so, he immensely sacrificed his nest egg, part of what he has laboured for all his life. He sold his bonds and stocks to raise the much-needed vital lifeblood of anything in life and especially Nigerian politics, money. He took a gamble with this because, unlike many inhabitants of Lagos, he already foresaw the entrenchment of an oligarchy if he did not act. As a core indigene of the state, he felt mandated to resist this onslaught. But, then, the odds were fraudulently stacked against him. He lost the election. Though he lost the polls, he is gratified he lost gallantly instead of winning but having terrible tales of woes to tell eventually. Mr. Olujimi Kolawole Agbaje stood up for something rather than fall for anything. He took a well-earned hiatus from the political space. This is well within his rights to do.

In 2015, he adjudged the timing was right. So, he entered the ring again to slug it out with other contenders, with the PDP. In 2007, there was a huge chunk of the electorate who are his devoted supporters. By 2015, that base has grown considerably larger as Lagosians bemusement with the political way of life in the state starts coalescing. Many of them want a change from the old order; they crave somebody with the moral courage and ethical independence to come to their aid. Upon the emergence of Mr. Olujimi Kolawole Agbaje, they fast embraced him. He was already within sights of victory when the usual political abracadabra happened again, and he was denied victory.

Elections are very expensive to run, especially in Nigeria. After sacrificing emotionally, psychologically and financially but robbed, Mr. Olujimi Kolawole Agbaje decided to focus on his business. It is not something he loves talking about often as he loathes undue publicity, but actually, Mr. Olujimi Kolawole Agbaje has several business organisations he oversees apart from the most famous pharmaceutical stores. He equally sits on the boards of many equally thriving companies and many of these were jostling for his attention. They could not be put aside.

But, the driving force behind why Mr. Olujimi Kolawole appears to not be in the face of Lagosians all the time after each election cycle is deliberate. He believes in the various sublime forms associated with quietness. An age-old adage says that silence is golden. This is intended to signify the viability of keeping mum for the greater good of keeping the peace. Metaphorically, silence also share a feminine trait, it can be pregnant too. At such times, one keeps silent as a pointed foretelling of deeper or esoteric information which will soon unfold. At other times, silence is a form of dignified communication, a veiled allusion to a deliberate and sustained inclination not to speak up as a form of higher integrity code. Mr. Olujimi Kolawole Agbaje subscribes to all these numerous forms of communication in his intentional act of silence.

It is not a cowardly silence. Like any wise tactician, he keeps his peace till events and circumstances mandate his comment or action. He does not just speak just for the fun of hearing his own voice. During the 2015 campaigns, Mr. Olujimi Kolawole Agbaje protested the payment of toll on the Lekki-Epe expressway because the tollgate is untenable, as it is standing on a pre-existing road. The PDP governorship candidate however, disclosed that the toll payment on the Lekki-Ikoyi inner bridge would subsist, because the construction of the bridge started from scratch by the concessionaire company. He stated this aim at every public for a where this matter was raised.

On Feb. 1, 2018, the Lekki Concession Company effected a hundred per cent increase in some tolls collected at the Lagos-Ajah highway and the Lekki-Ikoyi Bridge, jolting millions of residents. A protest was organized. Many people in Lagos state expected Mr. Olujimi Kolawole Agbaje to be at the forefront of this agitation since he was adamantly against it. He did not. Acting right, for Mr. Olujimi Kolawole Agbaje, under the circumstances is not necessarily following the voice of the crowd but that of his inner convictions. He did not get involved in that protest otherwise; it will strongly be misconstrued as a way of settling cheap political scores with the outgoing governor because he was robbed of victory at the election. Many would fail to the objectivity of his action so, he bowed out. At the opportune time, he re-emerged to make the right sort of political presence by contesting the national chairmanship of the PDP.

This abhorrence of needless attention is why Mr. Olujimi Kolawole Agbaje has been undertaking several foundations, charities as well as many successful business organisations apart from his famous “one-chemist shop” without attention. In reality, Mr. Olujimi Kolawole Agbaje is actually, a totally publicity-shy person. It is the will to stand on the right side of history and emancipate Lagos from political landlords that propelled him into klieg lights. Normally, he is very private.

Making the right and appropriate pronouncements at the correct time is the hallmark of Mr. Olujimi Kolawole Agbaje. “You just do not make noise just for the sake of it. I do not abuse the voice that I have on a whim or for cheap popularity. My response to issues is measured and genuinely though-out. After the people of this state vote me in as the next governor, Lagosians and indeed, Nigerians, would soon see how so,” he said. 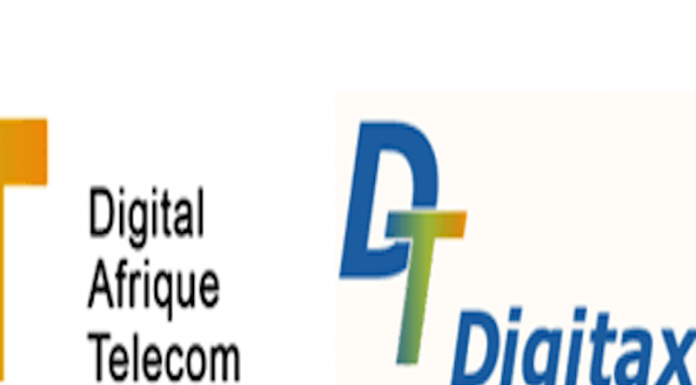