The suit filed by the Incorporated Trustees of the Civil Society Observatory for Constitutional and Legal Compliance (CSOCLC) has other defendants as the Independent National Electoral Commission (INEC) and All Progressives Congress (APC).

When the case was called yesterday, counsel to the plaintiffs, Mr. Nnamdi Nwokocha-Ahaaiwe, informed the court that the matter was ripe for hearing as all the defendants had been served with the originating summons last year but had all failed to file any defence to the action or any other process even as they were now out of time.

He informed the court that counsel to INEC, Mr. Hassan Umar, called him some days ago to confirm the date and was surprised that he was not in court.

Counsel to the APC, Mr. Temitayo Lasaki, informed the court that though they were out of time, they would file their processes by February 5.

Counsel to President Buhari, Mr. Abdul Mohammed Rafindadi, informed the court that he too was doing everything possible and working hard to complete and file a defence to the action and promised to do so before next Wednesday.

The plaintiffs’ counsel, Nwokocha-Ahaaiwe, told the court that he was ready to file his reply to any process served on him by defendants within a matter of hours.

The court ordered all the parties to file and exchange all processes in the matter before end of the week and adjourned the case for definite hearing of the originating summons and any other application if need be.

The plaintiffs in the substantive suit are praying the court to disqualify President Buhari for lying under oath contrary to Section 31 of the Electoral Act when he claimed that all his educational qualification documents are with the Secretary to the Military Board.

The plaintiffs claimed that there is nothing like ‘Military Board’ or ‘Secretary to Military Board’ in Nigeria and that that false claim disqualified the president pursuant to the Electoral
Act.

The plaintiffs also claim that having not included any document whatsoever or at all, showing any educational qualification, apart from his voter’s card and APC party card, the president did not offer any proof to INEC that he meets any of the qualifications listed in the constitution or their equivalent.

According to the Observatory, the president, instead of adducing proof that he has the requisite constitutional educational qualifications, attached an affidavit deposed to by him four years ago on November 24, 2014, wherein he averred that: “All my academic qualifications documents as filled in my presidential form, President APC/001/2015 are currently with the secretary of military board as of the time of this affidavit.

The plaintiff also argued that in his affidavit in support of personal particulars, the president claimed to have obtained his Primary School Certificate in 1952 while in his Curriculum Vitae attached to his said affidavit, the president claimed to have attended Elementary School in Daura and Mai Aduwa between 1948 in 1952, a period of four years.

It then asked the court to take judicial notice of the fact that elementary or primary school takes a minimum of six years before FSLC can be awarded and that it means the president either never attended or never completed six years of elementary/primary education which accounts for why he has no FSLC and thus unable to meet the requirements of Section 131 (d) of the 1999 Constitution. 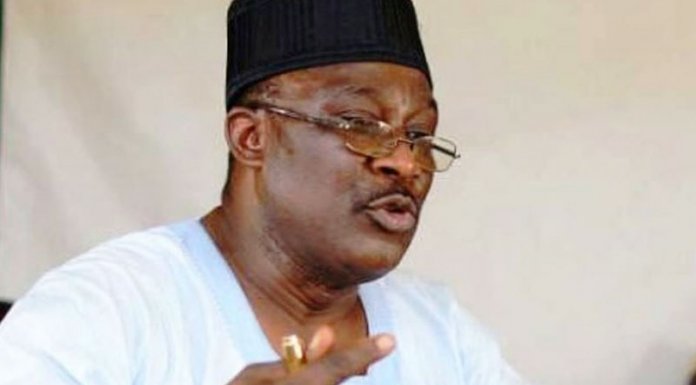