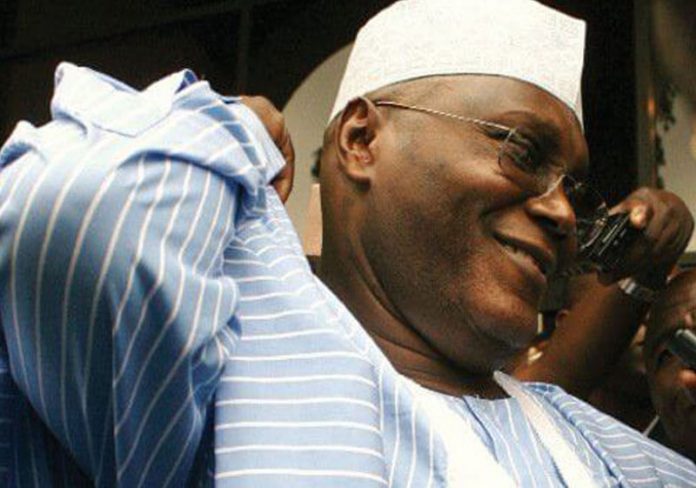 Just as Shakespeare said that “the apparel speaketh the man, in the same manner the type of ideals and activities a man engages in says so much about his beliefs, visions, values and his preferred methods of impacting on his community. Fashion experts can tell you that dress-sense says so much about the personality of anyone, boy or girl, man or woman. There are dresses for all kinds of occasion—for corporate outing, for social events, for funerals, for birthdays, wedding ceremony, coronation, launching, AGM or disco partying.

It would seem out of fashion for one going for a funeral event to put on a bare-all transparent, red ribbon lycra and mini-skirt with an imperial ornate bowler hat to match. People would only say you’ve come a bit close to insanity or perhaps you are a soul-less bovine creature with nothing like empathy in your DNA.

In much the same way, you cannot make a good leader out of one who is always eager to borrow rather than craving to be a lender; who is more disposed to borrow from rich nations’ raw cash for infrastructure projects rather than asking them to participate as PPP-investors. You cannot make a reformist leader out of one who refuses to discipline superintendents of key institutions charged with driving his administration’s key economic programmes whenever they err. This was one major fault of the Jonathanian administration which Nigerians up till today have refused to forgive.

On the other hand, you can discern a potential good leader by the tone of his language, the nature of contacts he keeps, the quality of personalities he associates or prefers to associate with, the values he holds dear, his approach to combustible issues—even the type of business investments he makes.

There is no doubt that the greatest task facing anyone that will lead Nigeria from next year is the economy. On aggregate rating, since 2015 when this regime started implementing fiscal budgets, Nigerians have not witnessed a corresponding improvement in their living standards. With the elections around the corner, there is no guarantee that this N8.7 trillion 2019 budget will do any magic. With three full budgets in 2015 (partly), 2016, 2017 and 2018 gone—or about three or four months to run full circle, Nigerians have not seen appreciable level of infrastructure upgrade. Fuel pump prices have not gone down. Generator imports have not abated. Rice production is yet to fill the stomachs optimally. Lagos ports remain the only navigable ports servicing more than 70% of African trade with the outside world. Cost of governance still remains more than capital projects appropriations. Central government spending structure still remains in the heavy-weight category. Institutions are still riddled with the culture of impunity, sleaze, snail-speed, nepotism and I-don’t-care. Discipline is low. Flood and other man-made disasters still strike year-on-year with debilitating effrontery. Institutions created to prevent them sit idly-by. Malaria and other minor aches still continue to compile deaths for grave-diggers even as mosquitoes and cockroaches continue to grow fat and multiply everywhere.

Boko Haram continues to mock our inability to secure our homes and villages while cattle herders have succeeded more in protecting the lives of their beasts at the expense of living souls in the country. Our children helmed in by helplessness continue to provide delicacies for all manner of beasts in the seas and oceans in their attempts to escape. There are so many negatives which on aggregate do not kindle hope or enthusiasm for the continuation of the prevailing order. Worst, the much needed innovations were not forthcoming from the coterie of cabals masquerading as government operatives who are better at staging bravura invasions against critical state institutions. There have been too much grammar and little practical accomplishments.
State governors are not better. They seem concerned with only how to acquire and retain power—whether they have finished or are still serving. And why did all these come about? Chiefly because the realization that governments exist to serve rather than reign is not in them. So the consciousness is not there. Prioritisation of programmes and policies are not to them management tools.

The type of policies, programmes and projects these governors and their ministers boast about tells one that this APC government is yet to come to the realisation that modern statecraft today is run with the same technique and know-how applicable to running a huge corporate firm. But we still operate the old template of hand-outs and Paris club donations to constituent state that ought to be complementary units of wealth creation and employment generation to absorb the army of fresh graduates rolling out from educational institutions every six months apace. Is Nigeria cursed with leadership problems? What our government delivers is infinitesimal compared to public expenditures on them.

Alhaji Atiku Abubakar, if one checks at his life is a wise businessman. Whether he has at one time or the other dipped hands in public till is of no importance here. We accuse a lot without facts. At least for now no court has condemned him as such and no graft agency, home or away is hanging any tar-brush on his political apron. It is something of a credit for someone long politically exposed as Atiku to have managed to steer his social parachute safely off the minefield of scandals, arrests, “invitations” and “interviews by Nigeria’s sundry graft-fighting agencies. At least the latest news that he landed safely on the shores of United States sullies any propaganda that he has no integrity there. It is a huge compliment, not only to him as a Nigerian Presidential aspirant, but also a reflection of how seriously strategic Nigerian partners regard Nigerian affairs, such as who aspires to rule her.

In today’s global power games, Washington is a Power any serious nation that wants to grow and make global impact must have to relate to seriously. She has interests and investments all over the world, especially in Nigeria—and in strategic sectors for that matter. So whoever rules Nigeria must be somebody Washington regards seriously. It is noteworthy that one way or the other, Atiku Abubakar is instrumental to the bringing in of some of niche US businesses in Nigeria. Intel Corp, one of the major concessionaires of Nigerian ports in the Niger Delta region like Delta State is building some of the very crucial ports and jetties for the ever evolving Nigerian oil and gas maritime sector. The good thing is that some of these firms like Intel are doing these jobs largely with their own cash, not troubling our local banks with take-all loans and overdrafts.
––Sam Nwokoro, samuel.nwokoro@yahoo.com