With the recent release of voters’ register and election guidelines by INEC, there are indications that the body might be treading an unpopular path ahead of the February 16 presidential poll, writes Olaseni Durojaiye

Finally, the Independent Electoral Commission (INEC), last week, released the revised election guidelines and the voters register for the 2019 elections, despite protest and disapproval by no fewer than 61 of the 91 registered political parties.
It is, however, not on record that any of the stakeholders contributed to the letters of the revised election guidelines before it was eventually released. Curiously, INEC did not encourage a debate of the document before its release, even when other stakeholders took exception to some of its provisions.

The initial decision by INEC to release the guidelines was announced by the commission’s National Commissioner and Chairman, Voter Education and Publicity, Mr. Festus Okoye. And as reported exclusively by THISDAY some weeks ago, the revised guidelines were meant to be ready for the consideration of the political parties and other stakeholders.

“We are going to officially release voter register to the political parties on Monday and we are also going to use the opportunity to hand over guidelines and regulations for the conduct of elections to them,” Okoye had stated just like that. Although the THISDAY exclusive report was believed to have compelled INEC to convene a meeting of stakeholders, it changed nothing as the commission appeared to be set in its way.

Unfortunately, this is against the practice under Prof. Attahiru Jega. INEC under Jega convened a stakeholders’ meeting during which the commission and stakeholders including the political parties had a dialogue around the guidelines with the political parties contributing to the eventual contents of the guidelines for the 2015 general election.
To a very large extent, that singular exercise helped to build confidence and trust in the commission’s commitment to conduct free, fair and credible elections at the time.

Aside the June 12, 1993 presidential election that was annulled by the Ibrahim Babangida military junta, no other election is rated to have surpassed the 2015 general election in terms of acceptability standard. This informed the expectations that the current INEC set-up would follow in the path that was already invented and found to have improved the nation’s electoral process. But that is not to be and this is bound to throw up questions bordering on whether the INEC, under Prof. Mahmood Yakubu’s leadership is truly committed to conducting free, fair and credible 2019 elections.

With the revised rules obtained and earlier reported by THISDAY, analysts insisted had left the opposition parties with little to cheer about as it retained the main features of the guidelines used to regulate the 2015 elections, even when the Electoral Act amendment which was meant to provide the buffer for any shortcomings had been shut down by President Muhammadu Buhari.

Interestingly, the INEC chairman had on many occasions promised free, fair and credible elections that would meet acceptable standards. At different fora, including a congressional hearing on Nigeria’s 2019 elections in Washington, US, he reiterated same as he had done within the country.

But the approach by the commission is otherwise suggestive. The decision to initially do away with the stakeholders meeting which would have afforded critical stakeholders the opportunity to make inputs into the revised guidelines is one, and a very telling one at that. Eve when it finally bowed to pressure and called stakeholders’ meeting, that it refused to look into their protest is instructive.

The legal status of the incidence form makes its appropriateness for use doubtful. The Electoral Act 2018, which was turned down four times by President Buhari, had sought to extensively reform the electoral process by incorporating mandatory use of the card reader to the exclusion of the incidence form as the mode of accreditations.

“In the event that the PVC fails to be read by the Smart Card Reader, the APO I shall refer the voter to the Presiding officer or APO (VP) as the case may be, who shall request the voter: (i) To thumbprint in the appropriate box in the Register of Voters; (ii) Provide his/her phone number in appropriate box on the Register of Voters if available; and (iii) Thereafter refer the voter to the PO for the issuance of Tendered Ballot.”
Aside the legality or otherwise of the incidence form, it is a loophole for electoral malfeasance. Electoral officials could exploit it to perpetrate rigging in favour of whatever party, often times the party in power, or at different parties’ stronghold. The Osun governorship rerun is an instructive reminder of such possibilities.

In yet another breath, adopting the continuous accreditation and voting exercise is inherently contentious. This is akin to re-inventing the wheel or trying to fix a machine that is neither broken nor malfunctioning. It portends an avoidable distraction that could have been taken care of if the failed stakeholders’ meeting had been genuinely productive.

“The loose timing for accreditation and voting affords politician the time to perpetrate all sorts once they are done voting in a certain area and have enough time on their hands to cause crisis in other areas,” one commentator opined.

It goes without saying that the next election comes with a make-or-mar status for the nation. This has been severally reiterated by many observers, local and foreign groups as well as individuals, who are expecting the country to build off on the gains of the last elections. In the same vein, they have expressed positions that frowned on any unwholesome practices from all stakeholders, including INEC, the politicians, the nation’s security agencies and the presidency and the administration.

It was against the foregoing that many were disappointed that despite being forced to convene a stakeholders’ meeting as a first step towards confidence-building and ensuring that the right process was jointly agreed to by all in adopting the guidelines for the elections, INEC still refused to see the sense in the reservation expressed by the others and went ahead to release its predetermined guidelines.

Truth is that any attempt to consciously undermine the interests of other stakeholders in the collective resolve to ensure a credible electoral process, the eventual outcome of the exercise would definitely expose the results and the feigned neutrality of INEC. 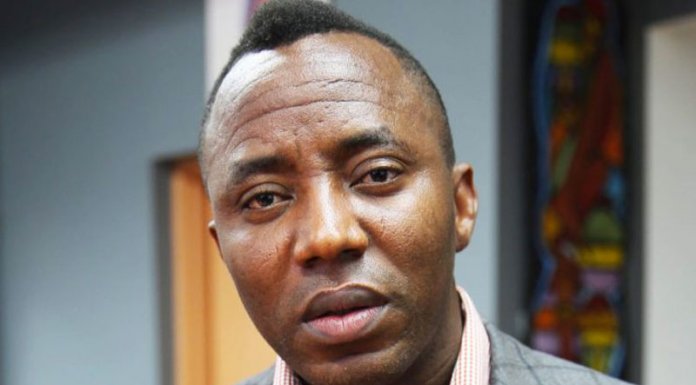