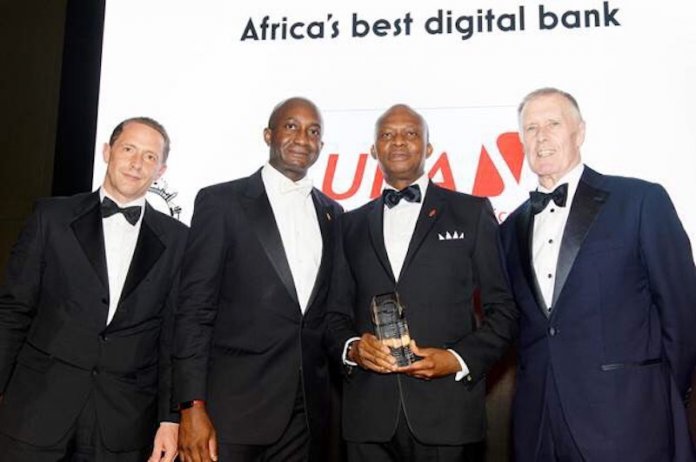 One year after it was launched, UBA’s Leo has helped in revolutionising the use of artificial intelligence across digital banking platforms in Africa, writes Sunday Ehigiator

It only used to be available on Facebook Messenger, but Leo, United Bank for Africa’s (UBA) chatbot for banking, was launched for Whatsapp in September 2018. It was another win for Leo, who has constantly evolved, since its birth in January 2018, to become one of the most radical pieces of banking intelligence in the world.

Versatile and intuitive, Leo has the ability to do a wide range of things, including funds transfer, call card top-up, checking of the account balance, retrieval of bank statements and even open an account for new customers.

For customers who have engaged with Leo, they credit it for automatically extracting account details without hassle and generally easier to use than its counterparts. For example, Leo automatically detects account numbers via a customer’s Whatsapp mobile number and goes ahead to seamlessly help customers check their account balance and top-up airtime.

Customers say Leo is more personable, more human, and it feels like talking to an experienced customer representative. It also has the ability to help customers easily lodge and process complaints with adequate and timely feedback. All that is needed is a Whatsapp or Messenger account and Leo is just a message away.

UBA changed the face of e-banking when it created Leo to enable customers make use of their social media accounts to carry out key banking transactions.

At the official launch of Leo, which took place in Lagos, customers of the bank were given a step by step demonstration on the novel way of delivering lifestyle and quality banking through the Facebook Messenger chat platform.

It was the first time that a financial institution in Africa had come up with such a solution to simplify the way customers transact, a technology that has now become necessary in today’s fast-paced world with demands for quick-time transactions and response.

With the launch of Leo, customers have been able to open new accounts, receive instant transaction notifications, check their balances on the go, transfer funds and airtime top up. They have also been able to confirm cheques, pay bills, apply for loans, freeze accounts, request for mini statements, amongst other things.

At the occasion, the Group Managing Director and Chief Executive Officer, UBA, Mr. Kennedy Uzoka, had said that the launch of Leo is part of initiatives aimed at putting the bank’s customers first with UBA continuously developing strategies aimed at easing transactions for the bank’s numerous users, while ensuring utmost safety of their transactions.

Uzoka had said, “The formulation of this product, is consistent with the bank’s customer-first philosophy, where we are doing things not the way we like, but focusing on what the customers want, where they want it, and in the exact platform they want it.

“At UBA, we have been working with technology giants that have the global capacity to ensure not only seamless but also effortless banking for millions of our customers across Africa. We at UBA, have collaborated with Facebook to come up with this innovation that is capable of revolutionising the way banking is done in Africa.”

Uzoka noted that Leo will, in the nearest future, show up on other social platforms and added that all it takes to enjoy the services is simply to have a Facebook account.

As he unveiled the character of Leo, Uzoka stated: “Leo being an intelligent personality will give you feedback instantaneously as you transact your business on the platform. A solution that is from the customer’s standpoint and is easy to use by anyone.”

Also speaking at the launch of Leo, the Group Head of Online Banking at UBA, Mr. Austine Abolusoro, who conducted a step by step demonstration on the working of Leo, reiterated that Leo is not just a chat machine, but an artificial intelligence personality meant to address any type of banking concerns raised by customers.

“Leo is ready and waiting to help with most transactions and to deliver any form of banking services. Leo is operating a lifestyle banking platform on Facebook Messenger to assist with your transactions while chatting with your friends and business partners. The security with this platform is that for every transaction, an OTP (One Time Password) is generated to the phone number that is registered on your account.”

He explained that with Leo, your banking needs become easy and simple, as simple as chatting up a friend.

Available across the continent

Just as it did in the Nigerian market, Leo crossed borders and brought ease to customers in each country it was launched, providing them with the comfort of conducting financial transactions from the comfort of their social media accounts.

Apart from helping customers conduct financial transactions, Leo also evolved to add extra value to its users, such as providing them with the names of global personalities around key markets, the current time in any city and weather conditions.

The birth of Leo has seen UBA add to its ever-growing list of laurels, especially as it relates to digital banking across the continent. In 2018, UBA emerged as the best bank in the digital category at the prestigious Euromoney awards in London

This further lends credence to UBA’s dominance in the digital banking space.

The Euromoney awards cover more than 20 global product categories, best-in-class awards and the best Banks in over 100 countries around the world. It recognises institutions that have demonstrated leadership, innovation and momentum in the markets in which they operate.

In selecting its recipients, Euro money’s principle is hinged both on quantitative and qualitative data to honor institutions that have brought the highest levels of service, innovation and expertise to their customers. So when UBA emerged as the winner in the digital banking category, beating all other banks in Africa, it was a sign of its investment in cutting-edge technologies, one of which gave birth to Leo.

The bank’s Chief Executive, Uzoka, who received the award in London, noted that it was an affirmation of the bank’s unmatched commitment to service excellence.

“This only goes to show that our resolve in continuing to deploy innovative solutions that place customers first, using cutting edge technology for their collective satisfaction and excellent banking experience is important to us,” he said. “This recognition will further spur us to do more in meeting the needs of our customers with unrivalled services.”

He also pointed out that the award was a reminder for the bank not “to relent in our pursuit of excellence and to continue to lead the new digital age in Africa, within the financial services industry.”

Euromoney Magazine’s Editor, Clive Horwood, explained that: “Despite fierce competition, one bank stood out in the last year for the inventiveness of its efforts in digital banking: United Bank for Africa. One of its signature launches in Nigeria was Leo, an e-chat service using artificial intelligence to help customers execute transactions on Facebook.”

Speaking on the feat, UBA’s Abolusoro noted that it was an affirmation that “Leo”, one of the bank’s investments in cutting-edge technology, was disrupting the continent’s banking behaviour.

“UBA’s vision has always been and will remain, dominating Africa’s digital banking space. Our resolve is to provide unparalleled experience across all its channels,” Abolusoro said.

UBA was incorporated in Nigeria as a limited liability company after taking over the assets of the British and French Bank Limited who had been operating in Nigeria since 1949.

The United Bank for Africa (UBA) Plc merged with Standard Trust Bank in 2005 and from a single country operation founded in 1949 in Nigeria – Africa’s largest economy – UBA has become one of the leading providers of banking and other financial services on the African continent.

The Bank provides services to over 14 million customers globally, through one of the most diverse service channels in sub-Saharan Africa, with over 1,000 branches and customer touch points and robust online and mobile banking platforms.

The shares of UBA are publicly traded on the Nigerian Stock Exchange and the Bank has a well-diversified shareholder base, which includes foreign and local institutional investors.