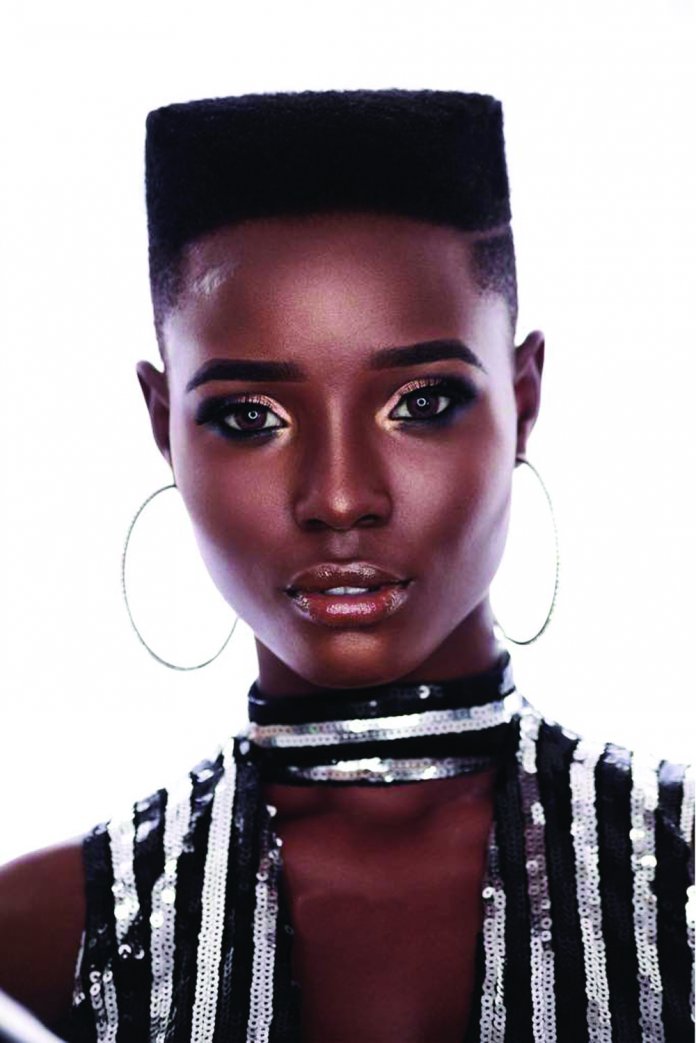 Fast-rising model, Isioma Samson’s first major runway appearance was at the Arise Fashion show in Lagos last year. She walked on the same runway for the same designer with Naomi Campbell. It was dream come true for Isioma. Within a short time, she raised her game and attracted interest from abroad. Few months back, South Africa’s elite agency, Fabulousdotcom Models, signed on Isioma in a big deal. This gangling model talks to Tosin Clegg about her career, growing up, her family and lots more

Life started for me as early as I can remember in Badagry, Lagos

I went to Meritland Group of Schools, Igborosun Badagry. I have two siblings, a sister and a brother. My father was a lawyer and my mother was a trader; she would go to Seme to buy clothes and sell in Badagry, she was really strong. I grew up practically with my mother and sister because my father was away most of the time. My mother was a fun-loving person; she loved watching movies and had magazines everywhere in the house, so that’s where I think my interest in modelling started. Our house had love in it and so much joy, I remember that. Growing up started out really good; we could express ourselves and be happy. I think that’s where I and my sister got the interest in modelling and dancing. After a few years, we lost our father and things got challenging. My father’s passing away in a car accident left my mother with no choice but to work harder as she had three children to take care of. She wanted to ensure we all finished our secondary education at the least, so she worked so hard, but it was tough. There were days we didn’t have food to eat but we had each other, we had her. Honestly, it was not easy but I had my mother. I was shattered when she passed on after an illness in my final year in secondary school.

Losing my father and mother made things difficult. Every girl needs fatherly and motherly care and support; I did not have a lot of that growing up. After losing my mother, my sister and I had to stay at our uncle’s house in Apapa. My uncle tried, I think, but it was not the easiest of times. This woke me up and made me want to succeed. I realised that I needed to take my modelling dreams and make it a reality. My sister; Victoria also worked hard on her dancing career. We were determined to make it work.

My background is my inspiration

My tough background gave me the drive to actualise my dreams because I know what it is like not to have most of what one desires.

I was just 10 years old when my father passed

My mother was a trader; buying fabrics from Seme Border and my father was a lawyer. I think because I was really young, I did not know exactly what his work entailed, I did not know his branch of law. I was 10 when he passed, so there was little I knew. When my dad passed, my mum had to stop trading from Seme. So, she set up a shop and sold provisions from her shop. She loved buying and selling and I think she was good at it.

My best gift as a child and most difficult period

People might list physical gifts but because of what I’ve been through, I know my best gift as a child was my mother’s love and care. It was immeasurable. My most difficult period was losing my mother and father at a very tender age. It was and still is the most difficult thing I’ve been through. A lot of times your parents are there to shelter you from a lot of bad things but when you don’t have them, it can make you seem so alone. There are times when people will do stuff to you and you wish you could run home or pick up the phone and call your mother or father but I can’t. My sister and I have had to step up for each other and be strong. I know I had divine support to heal and also drew strength from my mother’s words. She would say I should be strong no matter what and I should not give up on any of my pursuit in life

As a teenager, she always warned me not to have a boyfriend, but I did not listen, I was in a hurry. Looking back now, I was too young, I did not have a say in where I would be and I rushed into things I should not have done. I thought I was in love. Today, I don’t know where the man is; I’ve never seen him since I left Badagry.

It was my first fashion show in Nigeria, it was huge! The lights, cameras, designers, journalists, it was huge! Naomi Campbell was there and I walked on the same runway for the same designer as she did. It was dream come true for me! I was so excited. Another high point was when my agency helped me get my placement deal with my South African agency. On the flipside, the first low point in my career was at the beginning, when I went for two major fashion auditions in the same week and was turned down. I hated the rejection, I was so sad; I kept thinking about what the other models had that I didn’t have.

Failure and poverty are my biggest fear

Those two haunt me. I look at my past and I know that I must not go back to where I was. I do not want to experience it and I work hard because I know I want none of that.

I desire to work for big brands

My top three are, Miu Miu, Versace and Dolce and Gabbana. I’ve bought their shoes in preparation for the day I will go for their audition. I will be wearing them so they know that this girl from Lagos, Nigeria means business. I know I will one day.

Life has taught me patience and loyalty

I have learned that when you’re loyal to whom you’re working with, they will go the extra mile for you. I’ve learned that even in modelling . I loved my agency in Nigeria and was loyal and even when people tried to poach me, I stayed with them and they got me my placement in South Africa and are working on more. For patience , I know that good things come to those who are patient and have worked hard. When I started and people saw me doing well, they tried to make me rush, change agencies and compare myself to other models but I am glad I was patient. I saw my agency on Instagram and I sent a WhatsApp message to them. The owner of the Agency; Daphne asked me for my Polaroid and statistics and from there my journey with them started. I was really happy, it felt good to have an agency want me and believe in me.

My friends and siblings fueled that dream

My mother’s magazines were most likely my first glance at the industry and I wanted to be one of the models. I always saw myself on the runway and being the face of big brands. My friends and siblings fueled that dream as well because they would always call me ‘Modella!’ (laughs) but this is my dream.

I felt so happy getting signed to Fabulous Models. That’s because it has always been my dream to be signed to agencies outside Nigeria and finally, the dream has become a reality. I know there is so much more for me and I know my parents are smiling at me.