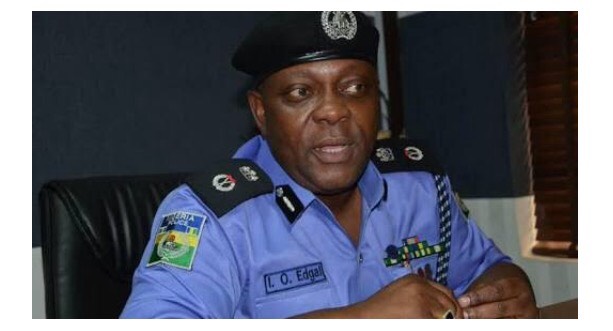 The authorities did well by returning the Lagos Police Commissioner to his duty post, writes Edwin Eboigbe

In Edgal’s place, it was also announced that Mr Kayode Egbetokun, who was hitherto in charge of the said Explosive Ordinance Unit, would be in charge of the Lagos Command in acting capacity until confirmed by the Inspector-General of Police.

Egbetokun, a former Chief Security Officer (CSO) to a chieftain of All Progressives Congress (APC) and former Governor of Lagos State, Asiwaju Bola Tinubu, was coming in as police honcho in Lagos barely one year and about four months into the tenure of Edgal in the state.

Edgal was appointed the substantive CP in Lagos on September 1, 2017, having served in acting capacity after the redeployment of his predecessor, Fatai Owoseni, now retired.

The immediate task before Edgal then was how to deal with ritual killings being brutally spearheaded in the Ikorodu axis by the notorious Badoo cult group and activities of kidnappers who were having a field day perpetrating their illegal trade, especially in the eastern axis of the state.

Lagosians would recall how people were abandoning their abodes due to the activities of the Badoo cult terrorizing the people of Ikorodu. Their modus operandi then was to use grinding stones, mortar and pestle to smash their victims on the head and then flee the scene with the blood of such victims, to be thereafter used for ritual purposes.

As a community policing expert and an operational cop to the core, Edgal rose to the challenge and was able to curb the activities of the cult group, as well as generally ensured drastic reduction in crime rate in the state.

Till today, the man who is alleged to be the ring leader of the dreaded cult group, one Alhaji Abayomi Kamal Alaka had fled the state and yet to return, having been declared wanted by the police under the leadership of Edgal. Many shrines belonging to the cult group have also been destroyed both in Lagos and even outside the state, especially neighbouring villages in Ogun State, in several operations led by Edgal, which also resulted in arrest of key suspects.

Today, one can safely say that Badoo cultists have been degraded in Lagos, while crime rate has also gone down significantly. Indeed, the city-state is now being referred to as the safest place to live in Africa.

It is also a common knowledge that Edgal is well known as an officer who does not sit in his office to give directive. He would lead the operation, no matter how volatile the place is.

The issue of human rights of citizens has also been given priority by Edgal, who is also believed to be a no-nonsense CP. The implication of this development is that members of the public now have confidence in the police, while the morale of rank and file of the Lagos Command had considerably been boosted.

With the proactive measures and feats attained so far in the state in terms of security, one wonders the motive behind the sudden redeployment of Edgal out of Lagos.

The question begging for answer is ‘why should anyone at this crucial point in time come up with such redeployment of a cop that is widely acknowledged to be doing well?’ Why the attempt to replace him with a police officer who is a known aide of a major politician in the state? And why the various and surreptitious attempts to damage his image by some people who are not comfortable with his presence in the state?

All hands are pointing towards politics based on the violence that greeted the official flag-off of the campaign of the All Progressives Congress (APC) in the state on January 8, 2019, where a chieftain of the National Union of Road Transport Workers (NURTW) in the state, Musiliu Akinsanya, aka MC Oluomo, was brutally attacked.

Several interpretations have been given to it with some party stalwarts accusing the police boss of failing to do enough to prevent the fracas in the first place. But these critics would not tell the world that if not for the prompt intervention by the police the ‘bad boys’ would have had a field day.

Characters like MC Oluomo have been known to be working for a certain politician in the state and his political interests across the country. There are also many reports in the public domain that confirm the fact that such people play a major role in elections, but the link to the police leadership in the state is what discerning minds are questioning.

As a fact, this is what is used to rig elections before now in Lagos. It is one of the tools to consummate the hegemony of a certain godfather in the state but this time around, it seems the narrative is changing.

However, kudos must be given to President Muhammadu Buhari for sanctioning the reversal of Edgal’s redeployment because, for him, there is need for peace and stability in Lagos as the engine room and commercial nerve centre of the country, and so he has opted to do the right thing.

As a seasoned officer with respect for orders, Edgal was said to be preparing to hand over to Egbetokun who was already fully prepared to take charge, packing his vehicle in the space reserved for the CP, and coming with his chair and other personal effects, when another order from above ostensibly from the new Inspector-General of Police, Mohammed Adamu and approved by the President, directed that status quo be maintained.

For those pushing the agenda of a fundamental change in security architecture of the state at this critical point in time when major elections – Presidential, National Assembly, Governorship and State House of Assembly, are lurking, it is appropriate to admonish them to sheathe their sword in the interest of peace and stability of the polity, as the criminal elements may take advantage of any lapses in security, and thus rupture the tranquility being enjoyed in the Centre of Excellence, Lagos.

Thanks goodness, the powers that be at the centre are pragmatic and understand the adverse consequences of any breach in security in Lagos, being the fifth largest economy in Africa and a major contributor to the Gross Domestic Product (GDP) of the country. Hence, it behooves on every stakeholder to fall in line.