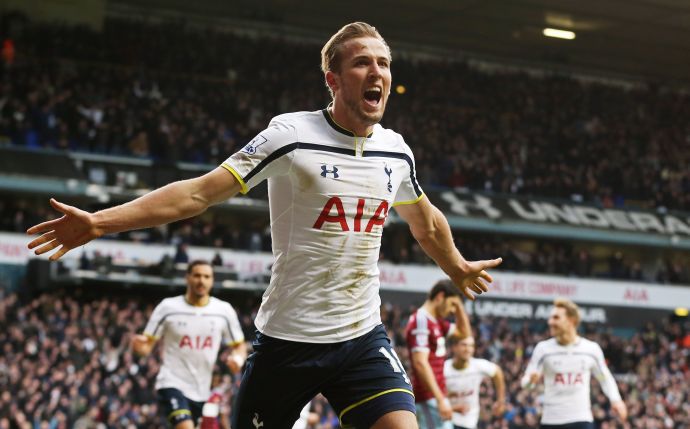 A Harry Winks header in injury time saw Tottenham come from behind yesterday to beat relegation-threatened Fulham at Craven Cottage.

Spurs looked set to lose ground on league leaders Liverpool, on a day they lost Dele Alli to injury after he had earlier equalised for the visitors, but Winks stooped low in the 93rd minute to head past Sergio Rico from close range.

Fulham had nine shots on goal in an impressive first half and they took a deserved lead when Tottenham striker Fernando Llorente scored an own goal.

The Spaniard, making his first Premier League start of the season in place of the injured Harry Kane, inadvertently beat Hugo Lloris from close range while attempting to clear the danger inside his own six-yard box after a Jean Michael Seri corner.

The hosts thought they had doubled their lead five minutes before the interval but Aleksandar Mitrovic’s header was ruled out as the Serbian was adjudged to be offside.

However, Spurs responded in the second period and they drew level six minutes after the interval when Alli ghosted in behind the Fulham defence to head a pin-point Christian Eriksen cross past Rico.

And Winks completed the comeback in stoppage time when he stooped low from five yards out to meet substitute Georges-Kevin Nkoudou’s cross and break Fulham’s resistance.

Spurs remain in third after the win, nine points behind Liverpool, while Fulham stay in 19th, seven points from safety.

The 50th meeting between these two London clubs saw Tottenham – the side with the best away record in the league – facing the division’s worst defence.

However, Spurs were without their two top goalscorers because of injury (Kane) and international commitments (Son Heung-min), and for 50 minutes, they looked devoid of ideas and opportunities to break down their well-organised opposition.

Mauricio Pochettino’s men had just four shots in the first half which was less than half the number Fulham produced (9).

The man chosen to play instead of talisman Kane made an impact at the wrong end and Son’s replacement, Erik Lamela, only managed one shot at goal in the 79 minutes he was on the field.

Spurs were better after the break as Eriksen’s influence on the game began to grow, but when Llorente had a late chance to make amends for his earlier mistake, his header drifted wide with the game heading for a draw.

BBC Radio 5 live pundit Jermaine Jenas said: “It’s a big, big moment in Spurs’ season. Everything was negative with regards to the players missing but they kept plugging away, they kept getting the ball into the box and it was one of their own in Harry Winks that saved the day today.

“They’ve got a lot of players to patch up and get out there for the next game but that will feel huge.”

Ultimately, two midfielders pulled Spurs out of jail although Alli was replaced in the second half after heading the equaliser, with what looked like a hamstring issue to add further concern for Pochettino.

With Kane not expected to return to the side until March, and Llorente showing signs of rustiness at the Cottage, the Tottenham manager may be forced into the market as their faint tile hopes remain alive.

Fulham’s debutant winger Ryan Babel looked like he enjoyed his first Premier League start since December 2010, after completing a move from Turkish side Besiktas earlier this week.