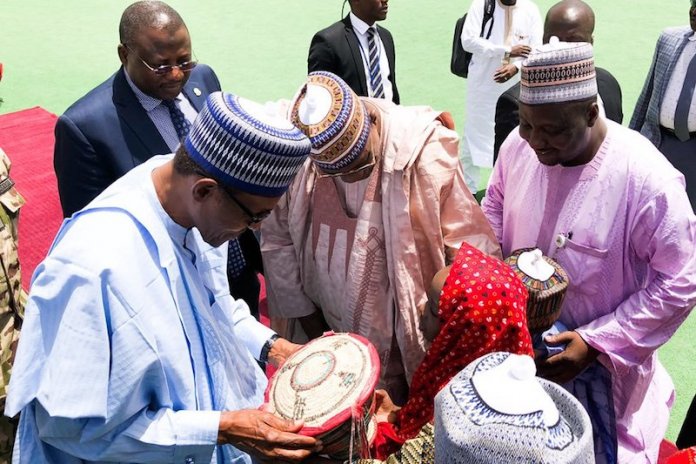 President Muhammadu Buhari on Monday launched his re-election bid in Damaturu, with a pledge to improve on the gains recorded in the security sector.

Addressing a mammoth crowd, the President assured the people that his re-election for a second term would provide him with the opportunity to build on his previous achievements.

According to him, only the people of Borno and Yobe states are in a better position to assess whether there are improvements in the security sector or not.

The president also pledged the commitment of his administration in building a robust economy that would provide employment opportunities for Nigerians.

He vowed to ensure that public resources embezzled were recovered and used to enhance the welfare of the people.

In his remarks, Yobe governor, Alhaji Ibrahim Gaidam, assured the president that the state would be delivered to the All Progressives Congress in the forthcoming elections.

Hon. Rotimi Ameachi, Director General of the Presidential Campaign Organisation, urged the people to re-elect President Buhari and all other candidates of the APC