The Independent National Electoral Commission’s (INEC) National Commissioner for North-central, Malam Mohammed Haruna, has said that 22,643 candidates would contest 1,504 positions during the forthcoming general election in the country.

Haruna, who is in charge of Kwara, Kogi and Nasarawa States, made this known Monday in Ilorin during an interactive session with the traditional rulers in the state ahead of 2019 polls.

The national commissioner said that 73 candidates would contest for the post of the president, while 1,158 would slug it out for the governorship positions in 29 states.

He added that 1,886 candidates would contest the 109 senatorial districts in the country and 4,634 candidates are contesting for the 306 House of Representatives seats.

Haruna said 14,643 candidates would contest for 991 posts in the various state Houses of Assembly.

“In addition, the elections will hold for the six chairmen and 62 councilors of the FCT Area Councils because the end of their tenures has coincided with this year’s general election,” he said.

Haruna said the governorship elections would hold in 29 states, adding that it would not hold in seven states: Kogi, Bayelsa, Rivers, Edo, Ondo, Ekiti and Osun, adding that elections in those states had been held, based on court’s order.

He said INEC would deploy between 750,000 and 1,000,000 ad hoc staff to be sourced mainly from the National Youth Service Corps (NYSC), federal tertiary institutions and Ministries Departments and Agencies (MDAs).

The national commissioner told the royal fathers that 84,004,084 voters would participate in the general election.

He said: “The commission has been diligently implementing the timetable and schedule of activities for the 2019 general election.

“We have so far implemented nine out of the 14 activities. Soon, we shall implement all activities and fulfill the mandate thrusted upon us by the constitution.

“The commission has made available to each political party a copy of the entire national register of voters.”

He said the commission had printed and delivered the Permanent Voter Cards (PVCs) to the states for collection by registered voters.

“We urged registered voters who have not collected their PVCs to pick their cards.

“For this, INEC has specially arranged for those who are yet to collect their cards to do so from January 16 to January 21 at the designated centres in their wards,” he said.

Haruna emphasised that INEC would use the Smart Card Readers (SCR) for the general election, adding that the commission had procured additional 27,327 card readers and enhanced the performance of 164,763 old ones.

According to him, the performance of card readers has improved from the 93.1 per cent in Kogi in 2015 to 99 per cent now.

The national commissioner, who expressed concern on the low turnout of voters during elections in the country, appealed to the royal fathers to always mobilise their subjects to vote during elections.

According to him, “One cause of concern is our low turnout. For instance, the Kogi governorship election in November 2015 was 36 per cent.

“So far, the worst case was that of Eti-Osa Federal Constituency in Lagos State with less that 3 per cent.”

Haruna said that to discourage vote buying, the commission had altered the configuration of the polling units by moving the ballot boxes closer to the voting cubicles.

This, he said, would make it difficult for voters to expose their marked ballot papers to party agents for payment.
“We have introduced a partial ban on the use of mobile phone and other photographic devices by voters while in the voting cubicles.
“We are also introducing the rolling and flattening of ballot papers by voters before casting them into the ballot boxes,” he said.
Haruna, therefore, appealed to the royal fathers in Kwara to help in enlightening the people of their domains about various aspects of elections.
“These include the voting procedures, the importance of voting, mobilisation of voters especially the women, youths and people living with disability.
“There is also the need to speak about the importance of maintaining peace within our environment and domains,” he said. (NAN) 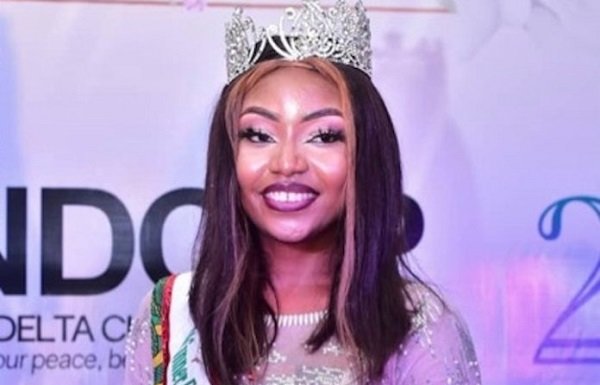