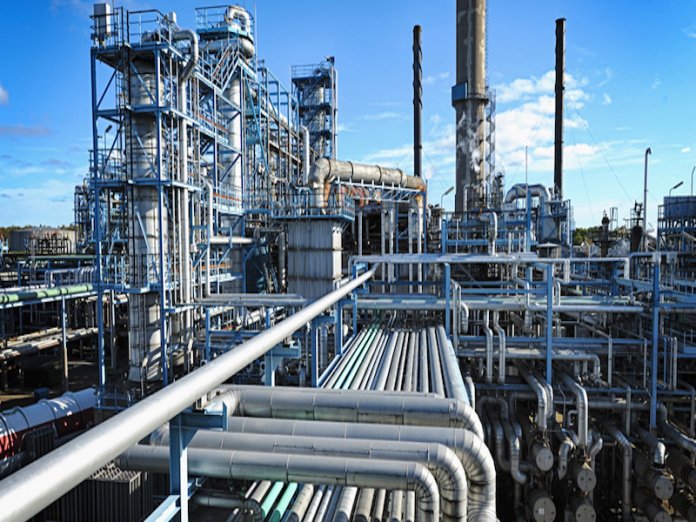 The outcome of a study commissioned by the Nigerian National Petroleum Corporation (NNPC) to determine the operational status of the country’s network of petroleum products pipeline it manages and how it can become commercially viable to the country was recently obtained by THISDAY.

The report indicated that the lines are mostly broken-down and would need to be replaced or fixed with $12 billion and $1.1 billion respectively.
Initiated to amongst other objectives, come up with an intervention plan to transform government-owned downstream oil pipelines into a proper business with incentives to attract private sector participation, the study showed there was an urgent need to refurbish and get Nigeria’s oil pipelines to work economically and optimally.

Current Condition of NNPC’s Pipelines
The outcome of the study stated that product losses from vandalism on pipelines owned by the NNPC, as well as costs incurred by the corporation to repair them when broken have been enormous, and suggested they be segmented for either privatisation or commercialisation.
To buttress its findings, a September 2018 edition of the monthly operations and financial report of the NNPC, had explained that products theft and vandalism have continued to destroy value and put NNPC at disadvantaged competitive position.

Findings of the Study
Though the extensive upstream crude oil pipelines owned by oil producing companies and downstream gas pipelines were excluded in its study, it however captured all of the existing products lines of the NNPC, but could not exactly state how well they are positioned to operate.
For instance, it stated that: “The exact mechanical condition of the network is unknown, and it would cost more than $12 billion to replace the entire network today, and more than $1.1 billion to repair and inspect it comprehensively.”

Furthermore, the study highlighted that that: “The pipeline network is a worthy investment that is currently vastly underutilised due to a myriad of problems.”
According to it, the Pipelines and Products Marketing Company (PPMC), a subsidiary of the NNPC, which manages the lines have been unable to make the most of the pipeline network, which traverses the country, and consists of 4,315 kilometres of multi-product pipelines and 701 kilometres of crude oil pipelines.

“The key challenges identified with PPMC operations of the pipelines under exclusive government ownership comprise, refinery operations: low availability of the refineries results in sub-optimal utilisation of the pipelines; security, pipelines vandalism, and theft of products: this is well entrenched in Nigeria; product pricing and downstream market regulations: these stifle private sector participation in the value chain, and related losses have been estimated at up to $15 billion per annum; poverty and chronic underdevelopment: this is partly responsible for the chronic incidences of vandalism and theft of products,” the outcome of the study explained.

It stated that while Nigeria faces challenges in its pipelines, pipeline transportation business has however been thriving in many countries, particularly the United States, thus indicating the country has remained largely behind in the modern approach to petroleum products distribution.
Nigeria, it noted still relies on expensive road tankers to take products across her length and breadth.

Way Forward
In its recommendation, the study stated that deregulating the downstream sector, and privatising or commercialising all its value chain such as the refineries; pipelines network; pumping stations; and product storage depots, would ensure that the sector operates in a sustainable manner, such that market realities will keep its long-term viability.
It equally did a comparative study of pipeline commercialisation models for possible adoption, along with policy recommendations developed for commercialisation with guidelines for implementation of the recommendations.

According to it: “For efficient management and to encourage competition, the products pipelines can be divided into three sections: The Western, Eastern, and Northern sub-networks. Additionally, the upstream segment for supply of crude oil to the Kaduna refinery can be managed as a dedicated crude oil sub-network.”
It however warned that before the commercialisation proposal is accepted for implementation, the country must endeavour to fix first its refineries and ensure they work well.

“Subsequent to their privatisation/commercialisation, fix/repair the four inland refineries and ensure they operate at optimum availabilities. If this is not achieved, it is unlikely that private investors will show a keen interest in acquiring/managing the pipeline network,” it explained.

Continuing on the actions to be taken, it said splitting the lines into segments could then be the next action to be implemented. It warned the government to avoid repeating the mistakes it reportedly made in the 2013 power sector privatisation exercise which perhaps included not getting the market governance processes right before launching out the market.

“Split the pipelines network into the indicated four segment sub-networks, i.e. Western, Eastern, Northern and Crude Oil, and privatise/commercialise each as distinct companies.
“Avoid the pitfalls associated with the privatisation of PHCN (Power Holding Company of Nigeria) assets in the electricity supply sector. Generate employment for the general public and the host communities via the pipelines privatisation/commercialisation process,” it stated.

Turning to pipeline vandalism, the study stated that its severity was higher in the south than in the north, and that there is a ‘market’ for both crude and refinery products tapped from the pipelines.
It equally questioned the capacity of the PPMC to secure the lines, saying: “Responsibility for pipelines rests with PPMC. However, it appears that PPMC do not have a unit capable of managing the entire spectrum of pipeline operations, particularly those related to technical maintenance.

“Even basic security surveillance of the pipeline RoW is severely compromised. The opportunities that these technical and security-related operations offer to engage the communities on the pipeline RoW – and thereby improve government presence therein – are not maximised. Instead, only a token effort is made.”

Expert’s views
Notwithstanding the findings of the study, experts such as Dr. Chijioke Nwaozuzu, who is a Deputy Director at the Emerald Energy Institute for Energy and Petroleum Economics, Policy and Strategic Studies, University of Port Harcourt, explained in a paper he recently presented on the options available to the PPMC to fix and get its petroleum products supply and distribution infrastructure working well again, that the refineries owned and operated by the NNPC in Warri, Kaduna and Port Harcourt would be unable to operate efficiently when the supply and distribution infrastructure remain compromised as they appear to be at the moment.

Nwaozuzu, stated that the infrastructure which are currently operated as natural monopolies should not be privatised without consideration to national security, adding that a downstream petroleum infrastructure rehabilitation plan could be developed to fix them before privatisation.

He equally posited that since the downstream infrastructure would serve as incentive for potential new investments in refineries and petrochemical plants in Nigeria, repairing them and setting up an independent regulator to operate them on a truly commercial basis could be a reasonable option pending when they could be privatised along the four segments proposed in the study with the NNPC retaining at least 40 per cent of their shares.