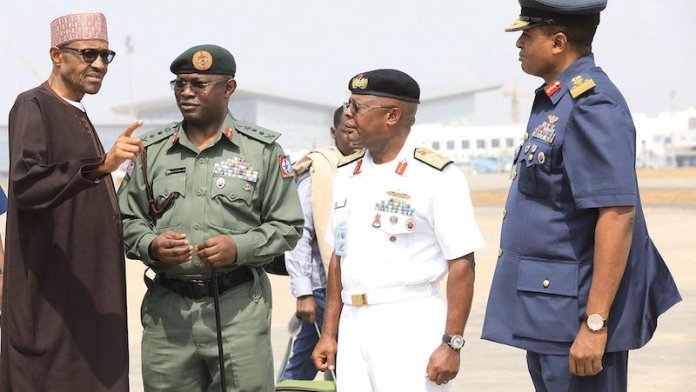 With the increasing killings in some parts of the country, the need for a more effective action to stem the ugly tide is no longer debatable, writes Olaseni Durojaiye

The spate of wanton killings across the country in recent time calls for concern particularly, the effrontery with which the perpetrators of these heinous crimes go about it with reckless abandon. However, that the nation’s security agencies appear lost for solution is even the more disturbing and worrisome.

Across Benue, Kaduna, Plateau, Taraba and Zamfara States among others, the killing fields keep expanding and the population of victims is aggressively increasing, leaving in its trail “sorrow, tears and blood.”

People of Benue State will not forget in a hurry the year 2017 and 2018. The two years witnessed unceasing killings of their kith and kin, many of them defenceless people mauled to death in their villages, on their farmlands and in mostly their sleep. In those two years, the fertile farmlands of the food basket of the nation were watered with the blood of the natives by suspected cattle herders. Scores were killed while the security forces practically lifted no fingers to stop a repeat or bring the culprits to justice.

The case of Plateau State is not any different. Jos, the state capital, which used to be one of the most attractive places to live, gradually became a hotbed of communal clashes. Hundreds of people were killed in the process, including at least two high profile personalities, a serving senator and a retired Major General of the Nigerian Army, Idris Alkali.

Kaduna State and Zamfara were the latest states to join the growing list of killing fields. But Zamfara remains the most trending amongst the lots.
Stories of killings and violent kidnap cases have become a common feature in Zamfara State since early 2018. On December 20, suspected bandits raided two villages in Birnin Magaji Local Government Area of the state and reportedly killed 25 people. Among the victims were unsuspecting farmers harvesting sweet potatoes on their farmlands in Garin Halilu village.

Not done, the bandits returned to the same village on motor bikes hours later and killed another three while the villagers were burying those that were killed in the earlier attack. This followed a pattern that had been on for some time.

According to the Director of Amnesty International in Nigeria, Osai Ojigho, an estimated 371 people had been killed since the raids of the bandits started in the state even as she added that the killing had assumed widespread dimension.

“The crisis in Zamfara is making life hell for villagers, yet, it is clearly down low on the list of government’s priorities. These killings must stop immediately, and those suspected of criminal responsibility must be brought to justice in fair trials. The Nigerian authorities have a responsibility to protect the lives of everybody in the country, including people in poor and rural communities,” she stated.

Due to the inability of the security forces and by extension government to curb the killing spree, the country appears regressing into Thomas Hobbes’ idea of state of nature, where in the absence of any form of sovereign authority to maintain law and order, life is short, brutish and nasty.

For many residents of the affected areas, and indeed millions of Nigerians, what they desire above all is security of their lives and livelihood. But it is what they feared most, above all insecurity and violence at the hands of others, like the killer herdsmen, the armed bandits and the mindless kidnappers that have become a recurring decimal in their lives.

Unfortunately, the government to which they have surrendered their collective allegiance in a social contract to protect them and guarantee their economic rights has let them down. Instructively, this desire to preserve ourselves against the threat of violent death is the core of the Hobbesian psychology.

While the states mentioned above have been the worst hit, many other states have suffered in the hands of unscrupulous characters from the underworld. And women, children even clergy men were not left out of their wrath.

The reality of the Nigerian narrative is that, government’s glaring failings in the fulfilment of its end of the social contract has left the people miserable and renders life “solitary, poor, nasty, brutish, and short” for millions of Nigeria, particularly in the affected states.
Even more disturbing is the fact that the deployment of military personnel in some of the hot spot has not worked. With the military presence in Jos, the killing spree went on for a long time and consumed a serving senator in the process.

In Benue State, suspected herdsmen continued to kill denizens of agrarian communities long after security personnel were deployed in the area. It was the same scenario with Zamfara State, where even after security personnel were deployed to the area by the federal government, the crisis between the herdsmen and farmers didn’t subside leading some to question the role of the military.

In Taraba State, miffed by the violent aggression being meted out to his people, a retired Lt. General Theophilus Danjuma openly charged his people not to trust the security personnel with their lives any longer and instead asked them to assume responsibility for their own security and safety.

Analysts argued that a major preoccupation of any government is the security of its people, protecting it from both internal and external aggression. But the federal government appear to have been found wanting in this regard.

In fact, many hold the view that the government has treated the matter of internal aggression and violence on hapless groups and people within the country with kid’s gloves for far too long. The general agreement was that the time to give sophomore and final warnings is past and the time to act decisively is now if the government must retain its authority.

It is against the background that it becomes imperative for government step up its game and for once come down heavily on the perpetrator of the killings across the country, whoever they may be or however highly placed their sponsors may be. This remains the right route to go in order to prevent victims and the underdog groups from resorting to self-help, a scenario that if played out, may further aggravate the nation’s worsening security challenges.