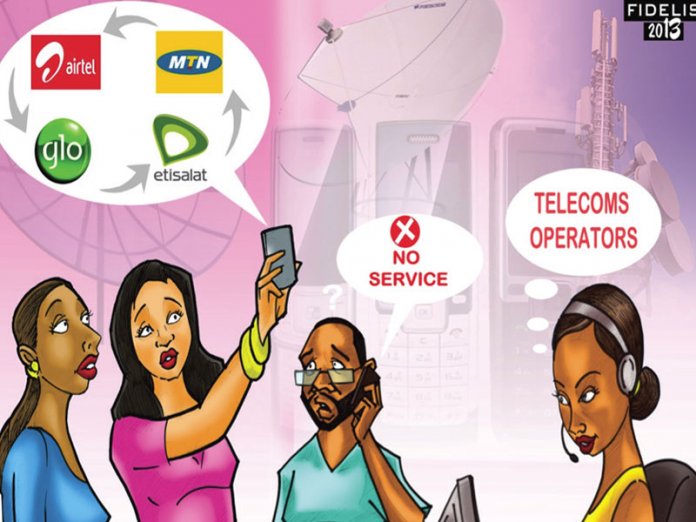 The Nigerian Communications Commission (NCC) has said the telecoms industry recorded steady growth in subscriber number and teledensity in 2018.

NCC, in its November monthly report posted on its website, noted that there was a steady growth in subscriber number, which reached its peak of 169.1 million at the end of 2018, up from 165.2 million as at October same year.

According to NCC’s statistics, the steady growth in subscriber base from January 2018 to November 2018, also reflected on the growth of subscribers’ teledensity, which also reached a peak of 120.79 per cent in November 2018, up from 118.03 per cent in October same year.

While teledensity is the number of active telephone connections per one hundred inhabitants living within an area and is expressed as a percentage figure, subscriber number is the number of active subscribers for telephony services on each of the licensed service providers utilising different technologies including GSM, CDMA, Fixed Wireless and Fixed Wired like Landline service.

Nonetheless, in September 2018, subscriber number recorded another growth to reach 162.1 million and 165.2 million in October, with a teledensity growth of 115.76 per cent in September 2018 and 118.03 per cent October same year. In November, 2018, subscriber number also recorded another steady growth to reach its highest peak of 169.1 million, with a teledensity of 120.79 per cent in the same November 2018.

According to the NCC, MTN maintained the highest market share with 66.9 million subscribers, which was about 40 per cent of the market share. This was closely followed by Globacom, with subscriber number of 43.3 million, which is about 26 per cent market share.

Airtel was next to Globacom with subscriber number of 43.1 million, which is about 25 per cent market share. The least among them was 9mobile with subscriber number of 15.4 million, which was about seven per cent market share.
No statistics was recorded for ntel, the telecoms operator that bought over NITEL and MTel through unbundled liquidation exercise since 2015, with focus on data subscription.